For years, Hollywood pals Hugh Jackman, 54, and Ryan Reynolds, 46, have trolled each other on social media, and while it's been a minute since we've seen these two interact, we just got a welcome new video from Jackman in honor of Reynolds's birthday.

The X-Men actor posted a comical clip where he seemingly celebrated his buddy by humming the “Birthday Song” tune and blowing out a candle on a cupcake. But, eventually, Jackman revealed that their (fake) social media rivalry is alive and well.

Jackman's caption included an emoji of a cupcake and he tagged @vancityreynolds. In the video, the Les Misérables star was seen kneeling down in front of two black-and-white portraits of Reynolds.

And when he spoke, Jackman made a reference to his iconic character, Wolverine, as he said, “Now Ryan, I'm making a wish and it's your birthday present. And all I wanna say is: I'm the best there is at what I do, and what I do isn't very nice.”

Fans loved this clip, including one person who wrote, “Best bromance ever.” Another user added, “Omg I love this man so much.” Of course, superhero fans noticed the Wolverine reference, like one follower who wrote, “He said the thing, he said the thing!!!” 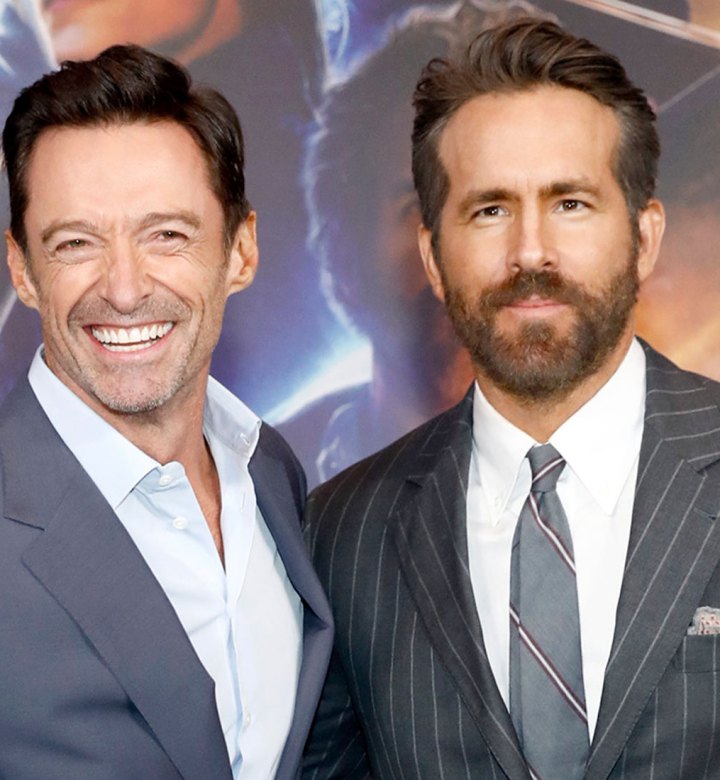 This isn't the first time we've seen one of these A-list actors send a birthday message to the other. In fact, back in 2019, Reynolds shared a clip to his own account, where he joked that he was going to make a bday video for Jackman, until he heard the actor deride his singing talents.

“Hello Hugh,” Reynolds said. “I was just going to wish you a happy birthday. Then I saw what you said. In a word, ‘hurtful.’ Enjoy the show, Hugh Jackman.” Then, Reynolds walks off screen before returning to belt out “Happy Birthday” (and he ends the video with a hilariously expletive-filled message).

Of course, all of these interactions are in good fun, and the two have maintained a close friendship over the years.

In fact, the stars shocked everyone last month, when they announced that they would star together in Deadpool 3. While Reynolds is reprising his role as Deadpool, Jackman will make a surprise appearance as Wolverine.

They first teased the upcoming film in a video on Instagram, which was captioned, “Quick explainer video that tackles…1)    Timeline questions 2) Logan canon 3) MCU FAQ 4) Whether we can do this all day or not.”

We can't wait to see these two in Deadpool 3 together.