On the waistline, a white shoelace was inserted into the belt loops and tied into a neat bow. She tied the look together with a pair of white, platform heels and a handbag with a gold clasp in the middle. Emhoff accessorized the ensemble with a pair of wide-lens glasses. 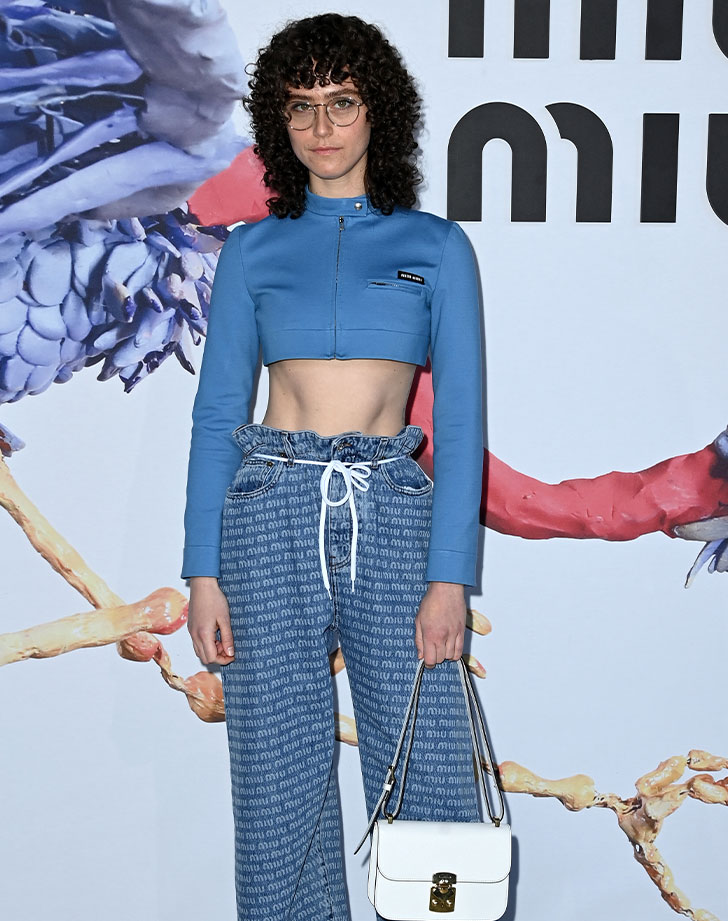 Ella, who is the daughter of Doug Emhoff﻿ (aka the second gentleman), made waves in the fashion world after wearing a Miu Miu coat to the inauguration of her stepmother. Shortly after, she was signed by IMG Models, which is a modeling agency based in New York City.

In an interview with The New York Times, Emhoff revealed that she never dreamed of becoming a model. “I was pretty surprised when everything with IMG was happening because when I was younger, I never saw that as being part of my timeline,” she explained.

She continued, “As someone who, like a lot of young girls out there, had self-confidence issues, it is intimidating and scary to go into this world that is hyper-focused on you and the body.”

Since the modeling world is starting to become more diverse, Emhoff hopes to be “part of that change,” while also embracing her true, authentic self.

Aside from modeling, Emhoff has decided to dip her toe into designing her own clothes. Back in January, the young model announced on Instagram that she will release her first knitwear line in March/April of this year. In addition to her Batsheva collaboration last year, she released a one-of-a-kind knitwear collection.

Can’t wait to see more of your fashion looks, Ella!