Why Saying Kamala Harris’s Name Correctly Is So Important 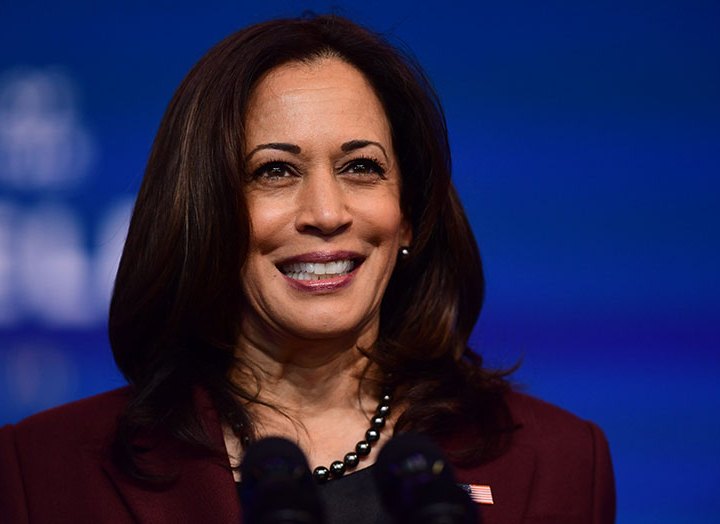 OK, so you mispronounced Kamala Harris’s name once. No problem—it happens. The vice president even made an ad during her campaign to teach people how to say her name. (Psst: It’s pronounced Comma-Lah). Now, you might roll your eyes and ask, “Is it really a big deal?” Spoiler alert: Yes. Yes, it is. Here’s why it’s important to do your best to pronounce Kamala Harris’s name—and all BIPOC names for that matter—correctly.

1. Uh, she’s the vice president of the United States

There have been 48 United States vice presidents before Harris. We managed to pronounce Joe Biden, Dick Cheney and Al Gore’s names correctly with ease. So why is it so hard to say Kamala correctly? Could it potentially have something to do with the fact that Harris is not only a woman but a woman of color? You bet. We present: The double standard. We have a feeling you can say names like Timothee Chalamet, Renee Zellweger and even fictional character names like Daenerys Targaryen. So you can, and you should, learn how to say the name of one of the most important figures in the world, the vice president of the United States.

2. It goes beyond Kamala Harris

Most people don’t actively try to mispronounce someone’s name. But when you don’t take the steps to correct yourself, you’re telling the world, “Look, this name is hard, and I can’t be bothered to figure it out.” This unwillingness to do right by the vice president of the United States shows that if you can’t even get her name right, why would you care about the everyday BIPOC in your life or even other celebrities (like Uzoamaka Aduba, Hasan Minaj, Mahershala Ali or Quvenzhane Wallis)?

Hey, your implicit bias is showing. If you’ve ever said something like, “I'm just going to call you XYZ" to a person of color or simply decided to stick with a mispronunciation because it’s “too challenging” to do otherwise, you’re demonstrating that you—very likely subconsciously—see this person as “other” or “less-than.” This is a microaggression, which shames BIPOC into silence or adjusting their name in order to fit in.

And it’s not just our humble opinion. Research shows that people hold preconceptions and prejudices of certain names even before someone has the chance to introduce themselves. According to the National Bureau of Economic Research, people with "Black names" had a harder time receiving employment or a callback than people with "white names."

And on a personal level, you could be hurting people in your own circle. When you call Kamala Harris “Ka-MAH-lah” even after being corrected, you’re showing people around you that even someone with as much esteem and authority as the current person in the office of the vice presidency is less-than because of their culture or skin color. In that sense, you could actually be instructing those around you to also treat people of color with less respect or even teaching people of color in your sphere of influence that they don’t deserve your respect.

OK, so how can we do better?

One word: Ask. The best thing you can do is communicate and ask appropriate questions. We can’t make inclusive spaces if we don’t take into account the unconscious biases surrounding people’s names. Here are a few things to consider:

We all make mistakes, but we can’t ignore the negative impacts of mispronouncing BIPOC names. Names hold meaning, identity and tradition, and we need to respect that even if it they seem vastly different from our understanding