We've been anxiously awaiting the season finale of Severance, hoping that the highly mysterious show would end its first season by providing some answers. And last night's closer certainly delivered.

But while we're still speechless from that cliffhanger (which we won't spoil, but let's just say some of our predictions turned out to be true), now we're wondering where the Apple TV+ drama could possibly go in season 2 (and don't worry, the show has already been renewed). Luckily, the creator of Severance, Dan Erickson, and one of the show's directors, Ben Stiller, sat down for an interview with Deadline, where they discussed the future of the psychological drama.

From the sound of it, we'll eventually have answers to the many questions the series has posed (like what exactly are the workers doing at Lumon? And what was the point of those goats?!) “I think it’s important for fans of the show to know that the unanswered questions do need to be answered at some point. It’s just, I think we feel this responsibility to do it in a way that is both responsible and entertaining,” Stiller said. “One thing I can guarantee you is that Dan Erickson has thought about this, and thought about it a lot over many years.” 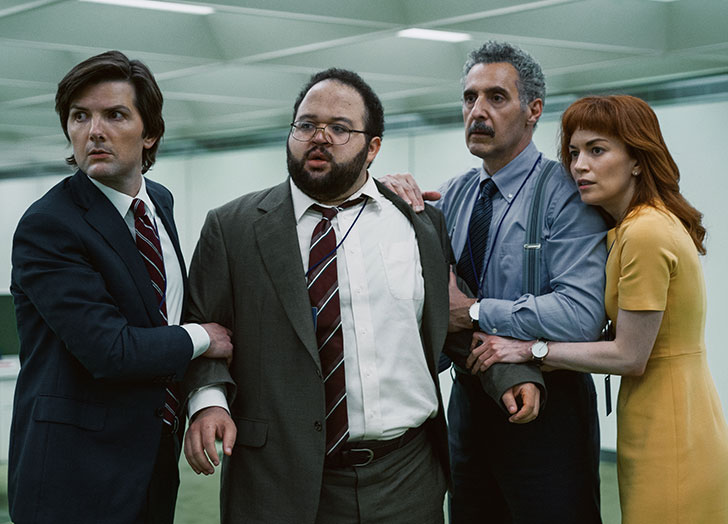 While we're itching to know what goes on behind the scenes at Lumon, Erickson revealed that he's already got an idea of what the company is plotting. “To me, it was important to really figure out as much of it as we could before we got into telling the story, because it’s like once you understand the maze you’re in, then you can play in it,” he said. “That said, we do have a pretty good conception of what the alpha plan is for Lumon—what their overall intention is, and what role these characters are going to play. There’s definitely a framework that we have in mind, and the challenge is, like Ben was saying, it’s all about balance, in all things.”

In the full interview, the two men reveal that we can expect characters like Cobel (Patricia Arquette), Milchick (Tramell Tillman) and Regabhi (Karen Aldridge) to be more fleshed out, and we can expect a deeper understanding as to why Cobel has become so obsessed with Mark (Adam Scott).

Not to mention, Erickson envisions that ﻿Severance ﻿could continue for quite some time. “I always tried to keep it fluid enough that this is a story we could tell in two seasons, this is a story we could tell in six seasons,” he said. “I think it’s a big enough world, and part of the reason that I initially wanted to do this as a series, as opposed to a movie or something, was just the question of: ‘How would the world change if this technology existed?’”

We hope that Severance continues for as long as possible.