This week on The Bachelor, all hell broke loose when Kelsey paid an impromptu visit to see Peter Weber, who canceled the cocktail party as a result. And now, the 28-year-old pilot takes Victoria F. on a second one-on-one date, causing major drama among the contestants.

Here’s what went down in season 24, episode six of The Bachelor. 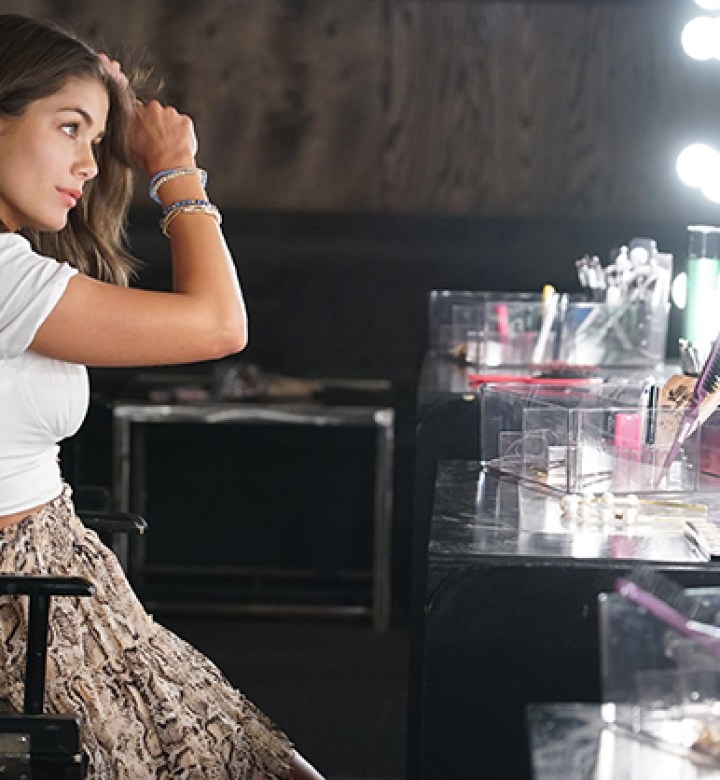 The episode opens on Weber arriving in Santiago, Chile. The good news is the pilot had his stitches removed after slicing his forehead on broken glass in Costa Rica. The bad news is he still has one more week with his about-to-fall-off Band-Aid.

When Weber meets up with the women, he invites Hannah Ann on the first one-on-one date. It’s hard to not notice Mykenna, who is giving him the stink eye from across the table. (More on this later.)

During the date, Weber takes Hannah Ann to explore the city, which involves dancing in the street, shoving ice cream in each other’s faces and showing PDA whenever possible. At one point, they run into an elderly couple, who share the secret to their 40-year marriage: patience.

When the woman points out that Hannah Ann looks really, really young, Weber brushes it off until later that day when they’re alone. The pilot asks Hannah Ann if she’s ready to be engaged at 23, and she tells him exactly what he wants to hear.

Things get even more interesting later that night when Hannah Ann reveals that she’s never been in love. She explains that she had a three-year relationship with a boy back home, and while they cared for each other deeply, they weren’t in love. Erm, OK?

Weber is understandably concerned, since he’s looking for a wife—not a girlfriend. To top it off, Hannah Ann sounds rehearsed and not genuine. When Weber excuses himself from the table, Hannah Ann follows him and breaks down in tears. She apologizes for being stoic and blames it on the fact that she’s falling in love with him. *Eye roll*

Just then, Weber gives her the rose. 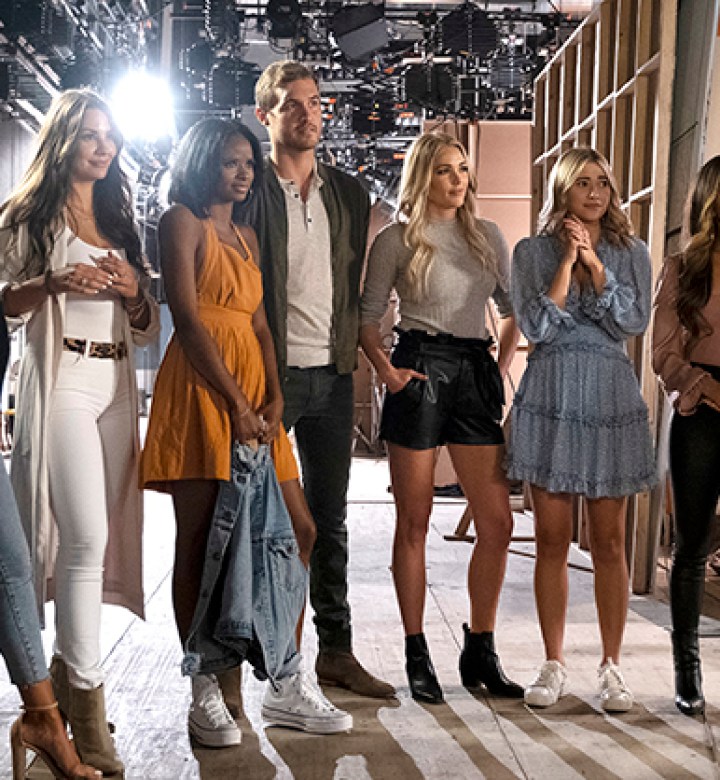 The group date card arrives at the hotel, and it’s addressed to Sydney, Natasha, Kelsey, Victoria P., Madison, Tammy, Kelley and Mykenna, which means Victoria F. is the lucky recipient of the final one-on-one. Mykenna immediately starts crying, since she’s been vying for a solo date all season, and this is Victoria’s second one.

“I don’t understand,” Mykenna says as she storms out of the room.

For the date, Weber takes them to the set of a Chilean telenovela. Each woman is assigned a different role and thrown in front of the camera. Ironically, Tammy plays a crazy girl, who threatens Mykenna’s character with a knife. Fitting, amirite?

At the after-party, Victoria P. sends herself home after an awkward conversation with Weber. It all starts when she sits down with him to clear the air about Alayah. When she opens up about her feelings, Weber says he doesn’t feel the same way about her.

Through tears, Victoria P. demands the producers call her a cab, so she can go home. *Cue “Another One Bites the Dust”*

Meanwhile, Tammy starts a fight with Mykenna, who apparently packed her bags before the group date because she was so afraid of being sent home. But now that she’s with Weber, Mykenna is living in a “fantasy world.”

Kelsey comes to Mykenna’s defense, claiming Tammy’s accusations are uncalled for. Weber hears them screaming from the other room and comforts Mykenna, who ran away from the situation. Still, it’s clear he’s fed up with the drama.

Later that night, Weber gives the rose to Madison. 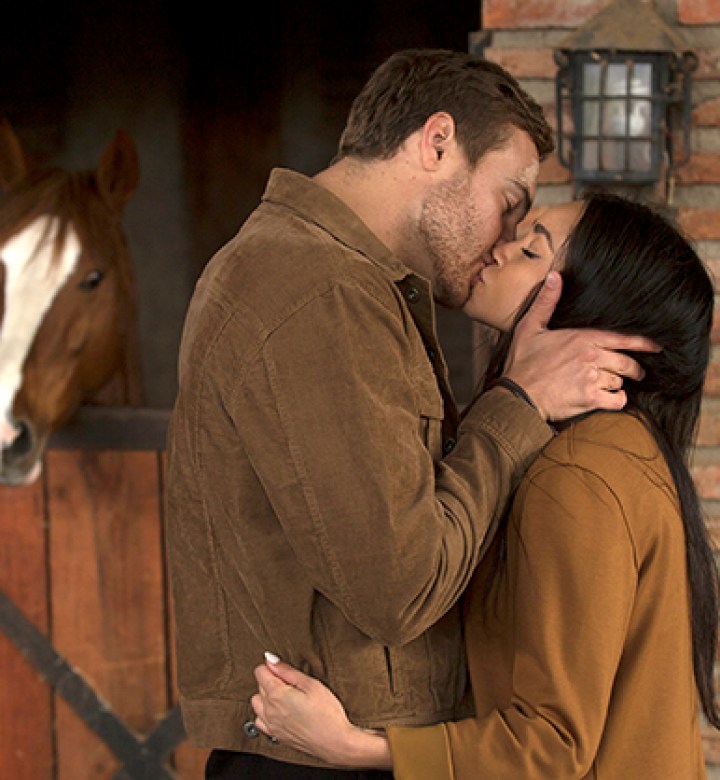 For their second one-on-one date, Weber takes Victoria F. to the Chilean countryside, where they visit a ranch. After a brief lesson, they go horseback riding and watch a traditional horse dance.

When they’re finally alone, Victoria F. asks why she’s getting another one-on-one date. Weber assures her that it has everything to do with how much he likes her, but Victoria F. isn’t buying it.

When she implies that she doesn’t know if she can continue with the show, Weber explains that she needs to make a decision ASAP.

Later that night, Victoria F. is still as confused as ever. Weber admits that she hurt his confidence in their relationship when she questioned whether she should stay on the show. When the pilot encourages her to be more vulnerable, Victoria F. gets defensive and asks him to stop.

“Maybe I’m not cut out for this,” she says before excusing herself from the table.

When she returns, Victoria F. apologizes and explains that she doesn’t know how to comprehend her feelings, and she’s taking it out on him. Weber promises that he wouldn’t have invited her on another date if he didn’t feel strongly about her.

“Believe me when I say no one has put me through this much grief,” Weber says before giving her the rose. 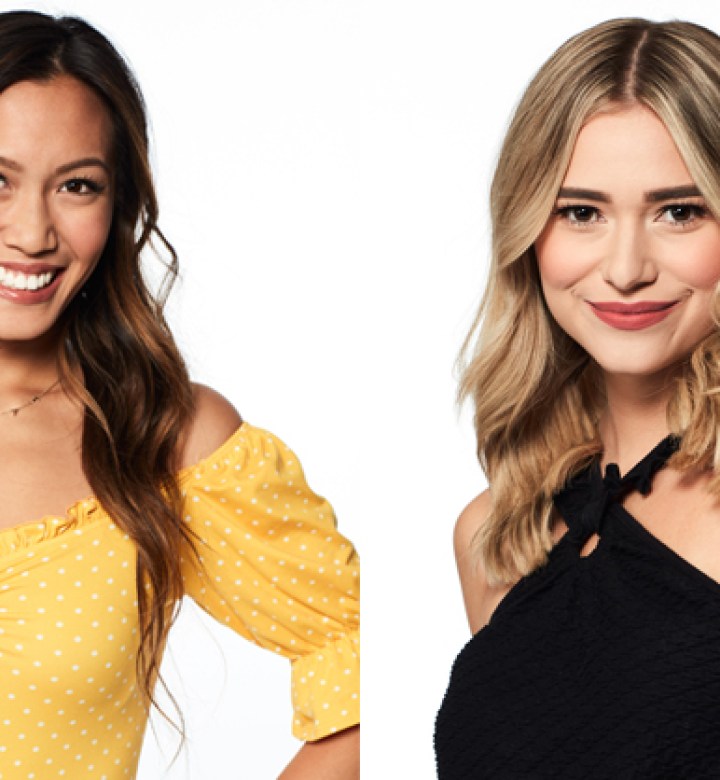 At the hotel, the women are shocked when another date card arrives. It’s a two-on-one for Tammy and Mykenna that reads, “Enough is enough.” Dun dun dun.

Prior to the cocktail party, the pair head to meet Weber before everyone else. The pilot sits down with both of them individually to hear their sides. Tammy thinks Mykenna isn’t here for the right reasons, while Mykenna claims she’s a victim of Tammy’s bullying.

After their conversations, Weber reveals that he can’t have both of them continue before asking to walk Tammy out. Savage.

At the rose ceremony, Weber hands out roses to everyone but Sydney and Mykenna.

So, is the drama finally over? Psssh…let’s be real, folks. The Bachelor returns to ABC on Monday, February 9, at 8 p.m.