Last night on The Bachelor, Colton Underwood broke up with his two remaining contestants—Hannah G. and Tayshia. While we initially thought he’d be the next Brad Womack (season 11), that all changed when the 26-year-old star decided to fight for Cassie, who sent herself home in episode nine.

Will she give him another chance? Here’s what went down in part two of The Bachelor finale. 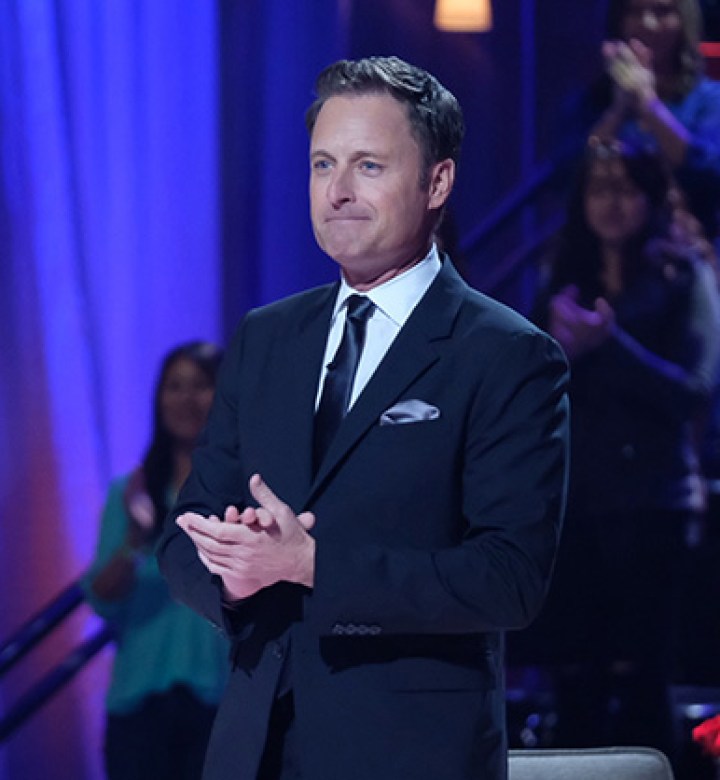 The episode opens on Chris Harrison greeting the live studio audience before recapping last night’s events. After dropping a hint about Underwood losing his virginity (gasp!), the host brings us to the good stuff.

The installment picks up right where we left off, with Underwood knocking on Cassie’s door in Portugal. When she sees him, she doesn’t look very surprised. Not only does she immediately embrace him with open arms, but she also holds his hand as they walk outside. Sketchy indeed.

When they sit down on a bench, Underwood says their goodbye wrecked him. Although he knew he needed to see her again, he wanted to make sure he ended his relationships with Hannah G. and Tayshia before he did.

While they could have given Underwood “everything he wants,” they aren’t her. He’s not asking Cassie to be his fiancee. He is, however, asking her to give him another chance. Barf.

Cassie admits that she doesn’t want him to give up anything for her, and he brings it all back to compromise. “In my opinion, that’s part of a relationship,” he explains.

When Underwood says that he wants her “to see how much I’m willing to give up,” Cassie can’t help but lean in for a kiss.

They decide to take their relationship day by day. (Whatever that means.) The first step: introducing Cassie to his family, who is waiting for them in Spain. 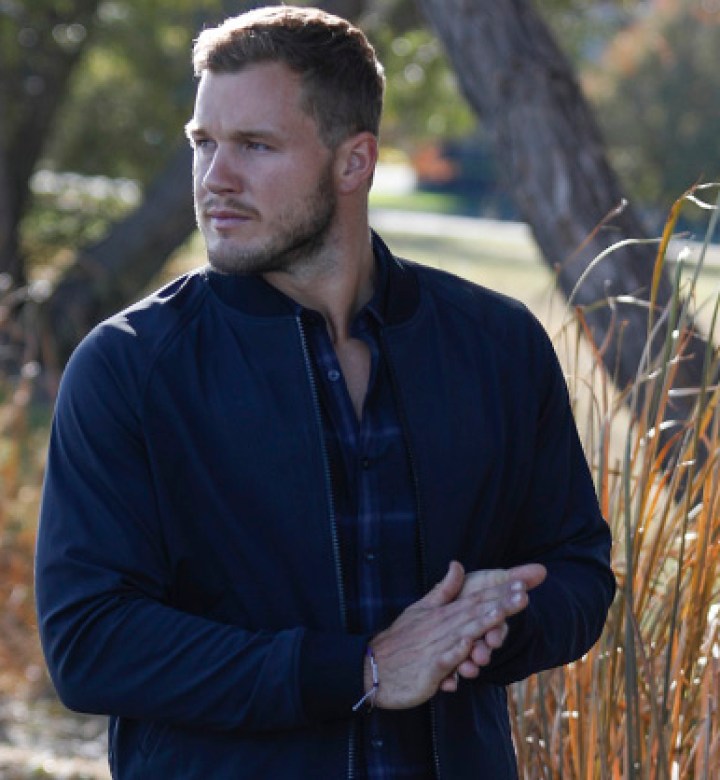 When they arrive in Mallorca, Underwood meets up with his family sans Cassie. He explains that they won’t be meeting two ladies like he originally planned, and they’re really, really concerned, considering the last woman standing broke up with him a few days prior.

Outside, Underwood greets Cassie, who is a nervous wreck. She breaks down in tears, saying that she already feels like she has a target on her back. Underwood reassures her to no avail.

When she meets the family, she immediately addresses the elephant in the room. She explains that she didn’t know if she could “get there” in time, which is why she decided to remove herself from the situation out of respect for Underwood.

Elsewhere, Underwood sits down with his mom and asks for her opinion. She’s concerned that Cassie will leave again. When she pulls Cassie aside, she demands to know more about her “decision to bail.” Cassie reveals that the pressure got to her, and while she could have handled it differently, she did it because she thought Underwood was set on proposing.

Before leaving, Underwood assures his family that he’s willing to wait for Cassie, and their silence says it all.

The next day, Underwood and Cassie embark on their final date of the season. This includes driving around, propelling down a mountain, having a picnic and cracking jokes about how Cassie could bounce at any second. Classic.

When Underwood asks what her concerns are, she says it has nothing to do with him. Her ex-boyfriend became very controlling when things started getting serious, which is why she’s so afraid of commitment. Underwood tells her that he’d never put her in that situation before leaning in for a kiss. 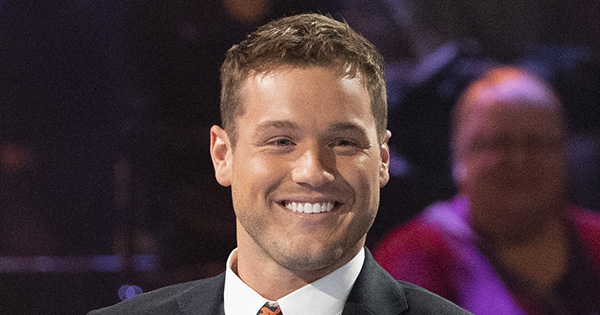 Later that night, Cassie reveals that she wants to be “all in” with Underwood.

Right on cue, he pulls out an envelope and invites her to join him in the Fantasy Suite. She happily agrees. When they enter the room, Underwood immediately asks the producers/camera crew to leave. TMI.

The next morning, Underwood is showering, per usual. Although he says they “grew as a couple,” he tells the producers to use their imaginations when asked about his virginity.

Back in the studio, the couple joins Harrison onstage, where they admit they’ve talked about getting engaged…in the future.

Although he recently moved to Los Angeles, they aren’t moving in together anytime soon.

Just then, Underwood pulls out the final rose and gives it to Cassie, since he didn’t get the chance to do it in Spain.

When Harrison brings up the Fantasy Suite, Underwood says he’s no longer sharing details about his virginity. So there’s that. 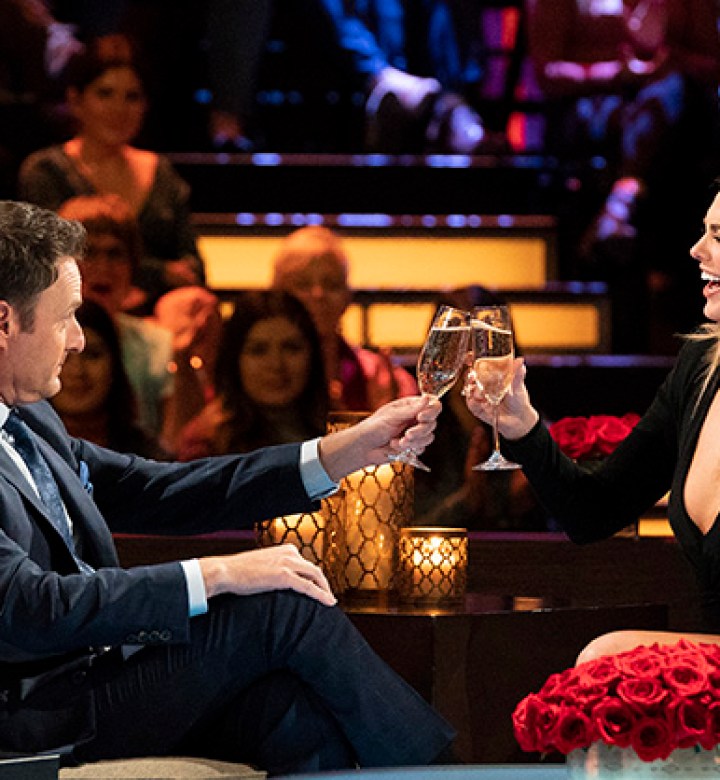 And The Next Bachelorette Is…

Now that Underwood’s Bachelor journey has come to an end, Harrison drops some major news: The next Bachelorette is—drumroll, please—Hannah B! When she joins him onstage, she reveals that she’s “grateful” for the opportunity.

Harrison plays a video featuring the moment Hannah B. found out she’s going to be the next Bachelorette, and her reaction speaks volumes.

“I’m not asking you. I’m telling you,” Harrison says in the clip. “You’re the Bachelorette.”

After the video, the host reveals that her journey is starting right now. Right on cue, Hannah B. meets her first five contestants, including Luke, Luke (yep), Dustin, Cam and Conner.

Hannah B. is so pleased with the selection, she decides to hand out her first rose to Cam.