Anthony Anderson’s Mom at the Emmys Is All of Us 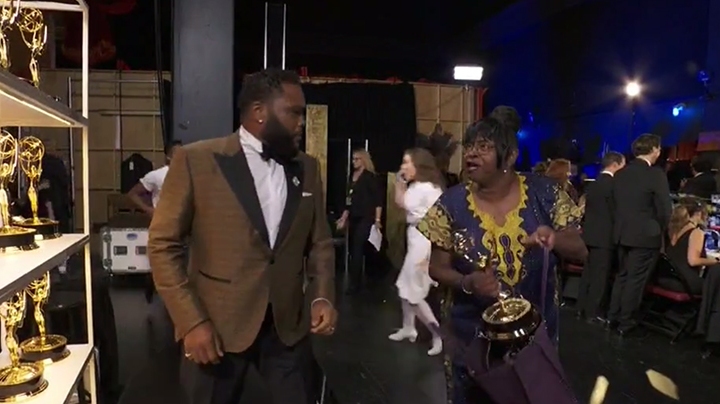 With a hostless awards ceremony, we knew this year’s Emmys ceremony would be…let’s just say, creative. We didn’t expect to see Anthony Anderson and his mom stealing statues backstage, though.

The show opened with a brief Bart Simpson appearance, followed quickly by the Black-ish star and his mission to “save the Emmys,” in which he ran onstage and behind the scenes—you know, for a coffee break and photo op, all in the name of saving the Emmys.

And when Anderson found the shelf of shiny awards waiting for their new homes, he first decided, “Oh God, I’m so deserving of this,” before screaming, “Mama, put that in your purse.” On cue, his actual mom, Doris Hancox, appeared with a tote large enough to pocket at least a few golden statues. It was no Mary Poppins bag but it definitely got the job done.

And if we were presented with a backstage opportunity as such? Honestly, same.