Alexandra Breckenridge's bangs just made their debut, and we can't get over how different she looks.

That's right—the 39-year-old year-old Virgin River star is experimenting with trendy (fake) blonde bangs. On her Instagram Story, the actress shared a video of herself wearing the clip-in hair piece from her closet and said, "When you're trying to Marie Kondo your closet and you find a piece of bangs from when you had a totally different hair color, and you think to yourself, 'Shall I keep this in case I go blonde again?' I never even wore it when I was blonde. Does it spark joy?" We say absolutely yes. 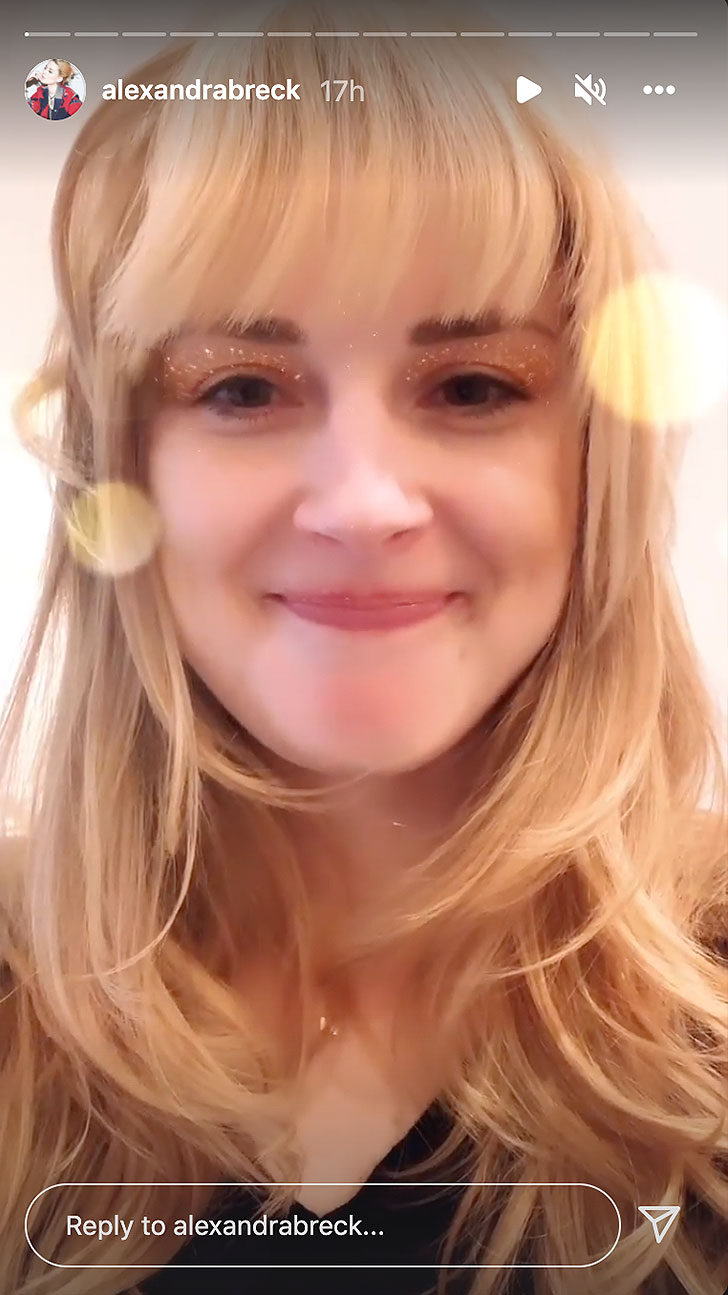 Breckenridge continued, "I've been wanting to cut bangs for maybe the last five years but I keep not doing it, mostly because of work reasons, because I have to maintain the same kind of hair. But I've almost done it, I've come real close! I'm like, 'After this season, I'm cutting bangs!' And then I just chicken out, I never do it."

This time, however, it seems like the actress is ready for the real deal, because later in her IG Story, she added an interactive quiz asking fans if they thought she should keep her fake bangs or cut her own. The correct answer? Cutting new bangs, of course.

Breckenridge's mini hair transformation comes about a month after she teamed up with Virgin River co-star Martin Henderson for the latest episode of their “Inappropriate Cooking Show.” In the hour-long video, the pair welcomed a surprise guest, fellow co-star Zibby Allen, as they prepared a clam dish. But before long, they realized they only had half the amount of clams that they needed and didn’t have the right pasta. (TBH, we can totally relate.)

Fingers crossed we'll see chef Breckenridge step out with a brand-new set of bangs this year.

DETAILS ON EVERY SINGLE ‘VIRGIN RIVER’ SEASON 4 THEORY OUT THERE