Stand mixers are kind of like tissues or soda: When people think of them, they likely think of one brand and one brand only. (C’mon, we all have that friend who asks for a Kleenex anytime he sneezes or requests a Coke when she really means anything carbonated.) But there are so many options on the market—some as cheap as $32—that you start to wonder if the KitchenAid mixer is really worth it. Should you go with the brand that appears on every wedding registry, simply because it’s the best-known (and available in every color you could ever want)?

To find out, we researched the top appliances on the market and talked to diehard fans of all types of mixers, from pastry school grads to cookbook authors (hi, that’s me). For most, we called them in and put them to the test for a month of regular use: How’d they handle light, fluffy batters? What about dense, thick doughs that could run their gears through the ringer? How easy were they to clean and maintain? From there, we narrowed it down to our favorites.

What Should You Consider Before Buying a Stand Mixer?

The Best Stand Mixers at a Glance

The 13 Best Yellow Cake Mixes, Because You Deserve an Epic Birthday Cake 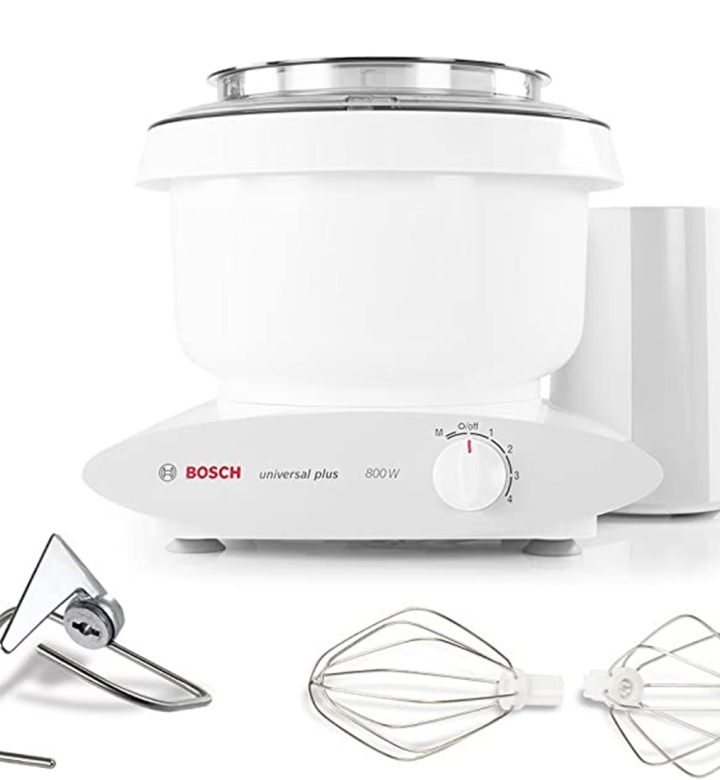 Simply getting your hands on this mixer is a challenge—it’s sold out almost everywhere, and for good reason: It can take a beating and keep right on, well, beating (eggs, bread dough and even that notorious mixer-killer, fondant). Bosch’s Universal Plus Mixer looks unlike most stand mixers, since the beaters are on the bottom of the machine, which offers you an unobstructed view of how a dough or batter comes together. Our reviewer, who’s used the machine for over a year, says that the dual whisks ensure more evenly mixed ingredients and that they’re ideal for heavy-duty baking, like breadmaking. 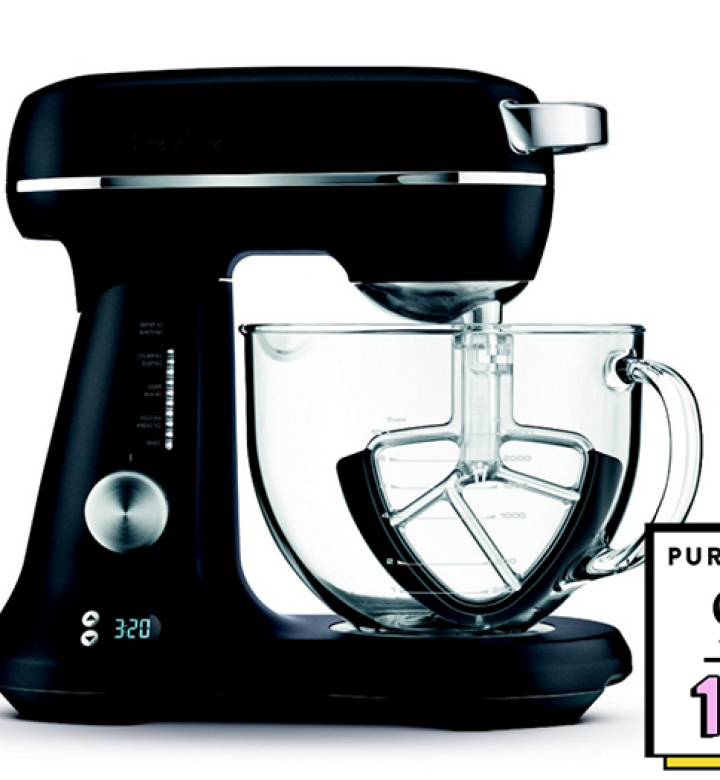 You know when a recipe calls for you to beat the ingredients for three minutes, and you kinda forget halfway through to pay attention to the timing? That won’t happen with the Breville Bakery Chef. It has a built-in timer for that very purpose—and it can count up, so if you’re developing your own recipe, you can time just how long each step takes, delivering consistent results every time. Even better, though, is the machine’s 12-speed dial, with clear labels to show you what power setting you’ll need to hit to knead, cream, beat or even aerate ingredients. Plus, this sturdy lil’ number comes with two bowls and a special beater that essentially scrapes down the sides of the bowl for you. 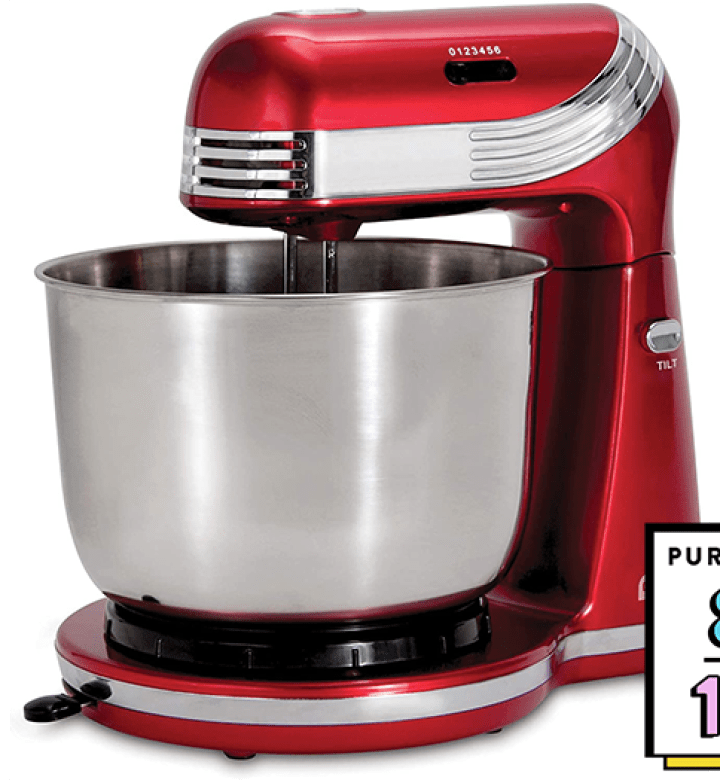 In a world where most stand mixers clock in at $200 or more, Dash seems too good to be true. It can’t possibly work, you might think. You’d be wrong. Admittedly, there’s a bit of a learning curve if you’ve worked with tilt-head stand mixers before (namely, the “slide” knob at the base of the machine, which is useful for repositioning the bowl if the dough is clumped in one corner and the beaters aren’t reaching it). The Dash features fewer speeds than the typical mixer—six, to be exact—and feels flimsier than the others, but it’s a great fit for people who tend to just use a mixer for the occasional batch of cookies or brownies and holiday cakes. Plus, it’s ideal for apartment dwellers; the 3-quart bowl takes up about 65 percent of the space of bulkier, 5-quart mixers. 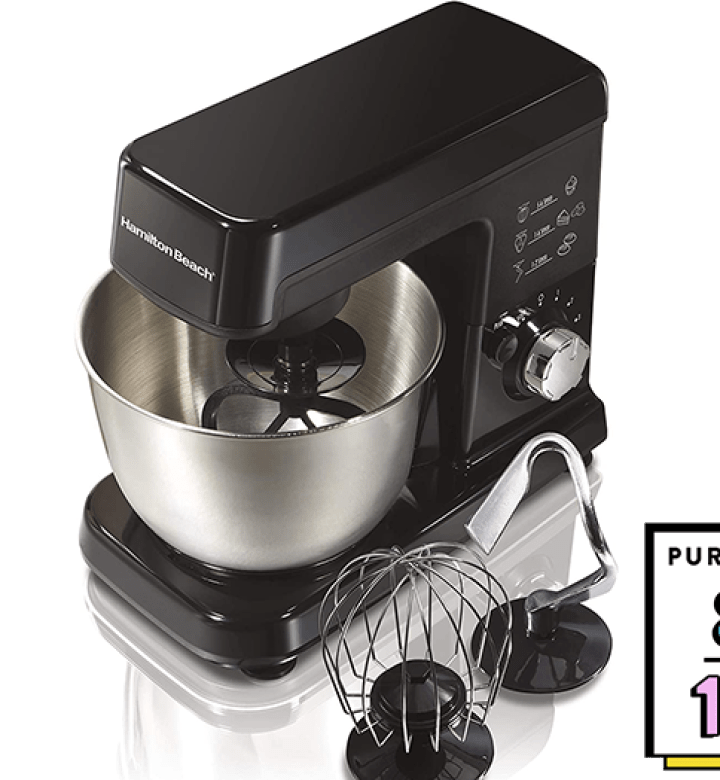 Clocking in with a slightly larger bowl size (3.5 quarts) and higher motor power (300 watts, compared to 250) than the Dash is Hamilton Beach’s stand mixer. The design’s a little boxy, but this baby is practically foolproof. Our reviewer has owned hers for four years and still uses it for any and every baking project (though she says it’s particularly useful for making your own pizza dough). Suction cups on the bottom of the machine keep it from dancing around your countertops, even on the most powerful settings, though it’s worth noting that it can be a bit noisy. “Make sure you’re rocking out to music with earbuds,” she notes. 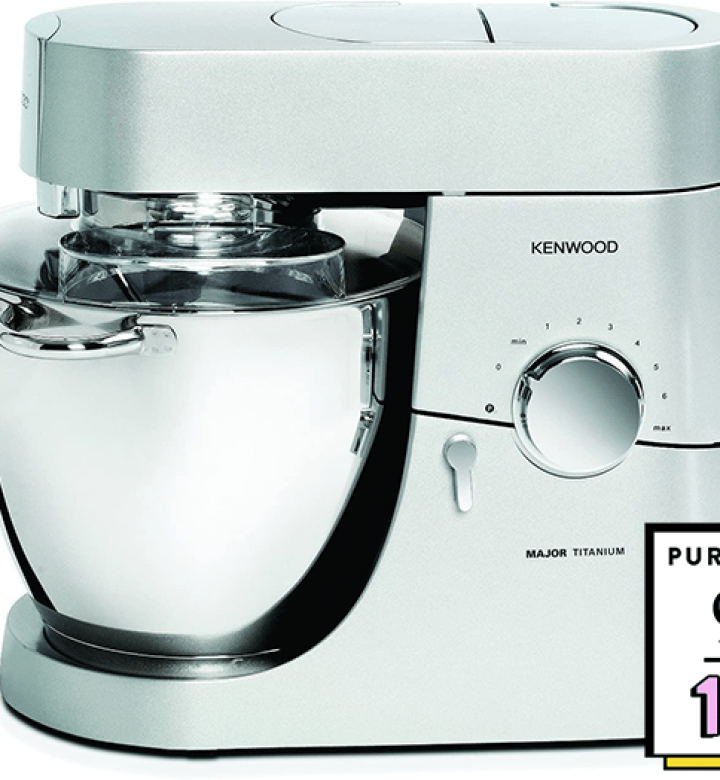 At 800 watts, this stand mixer is an absolute beast. Its dual ventilation keeps the motor from overheating, so it can stand up to just about anything you dream of making in the kitchen. “I rarely have to go in and scrape down the bowl as the power whisk goes low and wide enough to mix everything,” raved our reviewer, who’s been using it at least once a week for the past three years. You can buy all sorts of attachments for this mixer, too, using it as a blender, food processor, ice cream machine or pasta maker. It’s not the prettiest option out there, but it sure is powerful—and versatile. 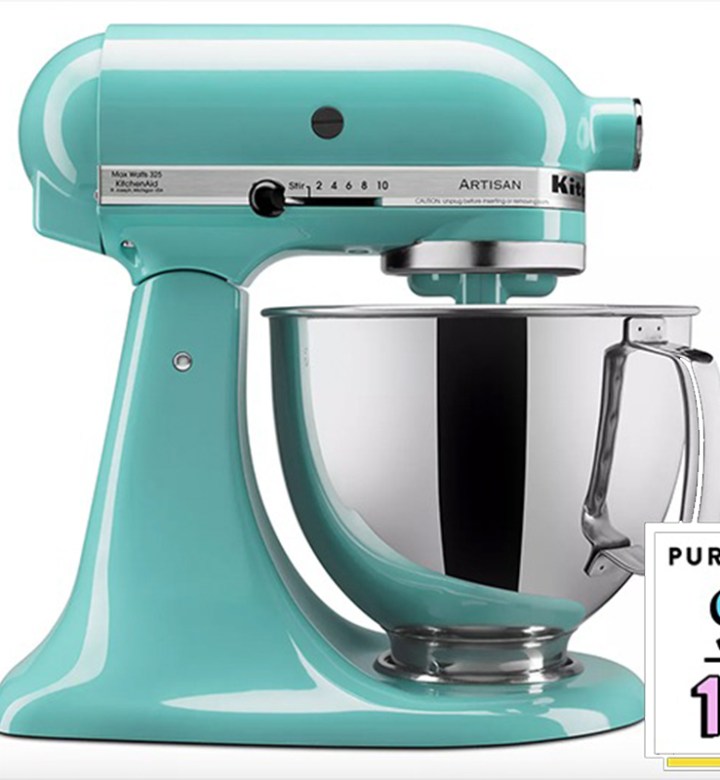 It’s a classic for a reason; the KitchenAid delivers on all fronts. The design is undeniably iconic and it’s available in dozens of colors. Plus, the more than ten attachments allow you to make everything from lasagna noodles to your own freshly ground burger blends. Finally, it’s reliable. After eight years of regular use, not a single part has needed to be replaced on our tester’s ice blue model. Oh, and in the 5-quart size, you can bake up to nine dozen cookies (!) at once. All that said, the machine can be a bit clunky at times, with the springs and knobs being a little hard to use. Some reviewers also complained that the tilt-head was a bit heavy and sometimes tricky to adjust, but overall, this machine is beloved by bakers all-around. 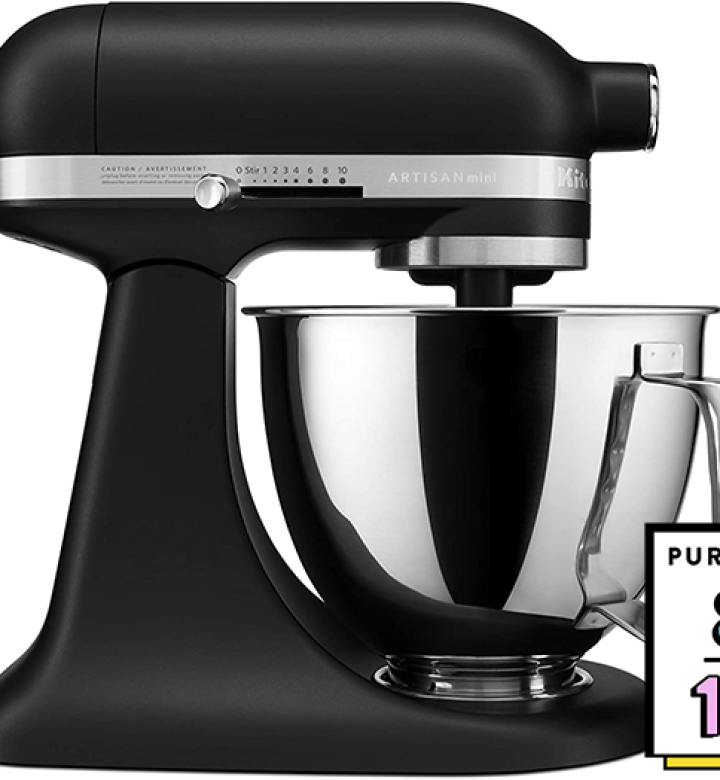 If you want the power and color options of a KitchenAid but don’t exactly have the space for one (or you do most of your baking for five or less people), go with the Artisan Mini. It doesn't have quite as high of a wattage (250 compared to the Artisan's 325), but you can still bake up to five dozen cookies at once in this beast, it weighs 5 pounds less than the standard Artisan (making it easier to move around) and it’s about an inch shorter and narrower. Our only complaint is that the paddle attachment tends to be a little harder to remove on this model than the other ones. 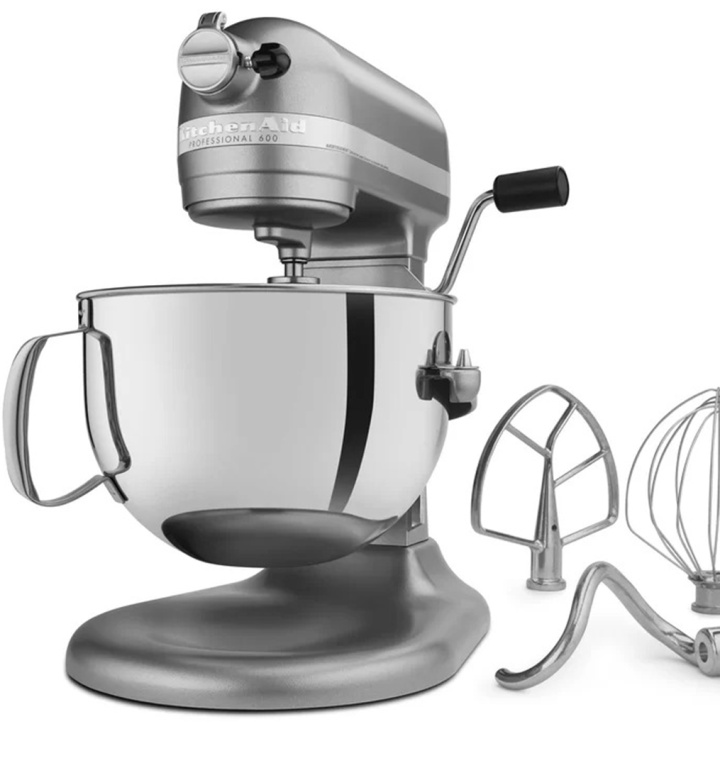 So, you’re the type who whips up fondant from scratch and volunteers to bake cupcakes not just for your kid’s class but the entire third grade. If you’re thinking about turning your baking projects into a side hustle—or simply want a machine that can keep up with the large-scale projects you tackle—check out the KitchenAid Professional Series. You’ll have to get used to popping the bowl onto its base and using a lever to lift it into place (a different process than KitchenAid’s other models), but it’s easy to adjust to. This is the style most professional chefs use, and for good reason: It can handle just about anything you throw at it. Plus, you can connect 12+ attachments to the power hub, using the machine to do everything from grind meat to make fresh pasta. 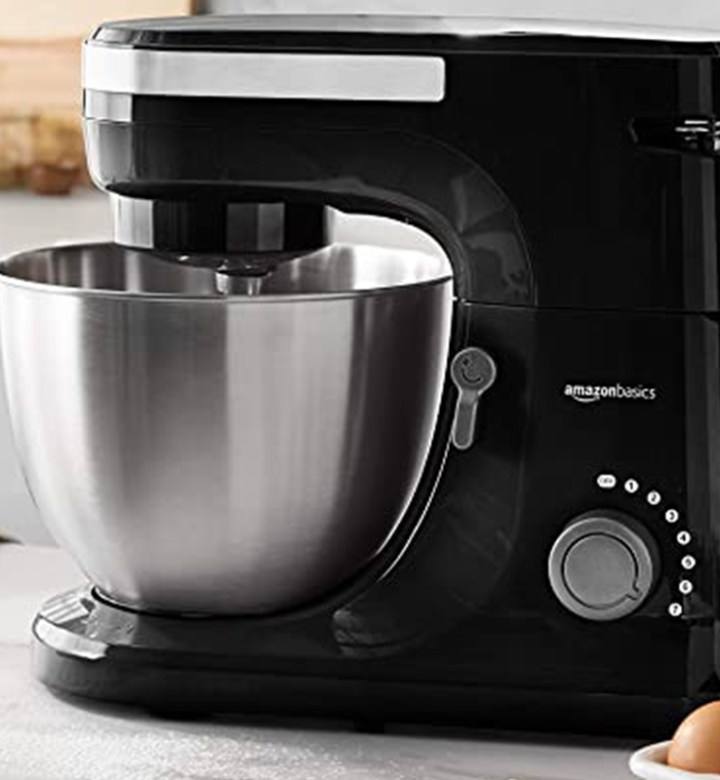 Best on a Budget

Not all of us are Ina Garten or Martha Stewart wannabes, but that doesn’t mean we don’t want to flex those baking muscles every once in a while. While we haven't tested this one, its reviews indicate that this stand mixer is fantastic for anyone who goes all in on the holiday cookie bakeoff but doesn’t want to spend the money for a KitchenAid. We love that it has seven speed options and interchangeable attachments for different kinds of dough and batter. Plus, the 15-minute timer function means we don’t have to stand over it the entire time. 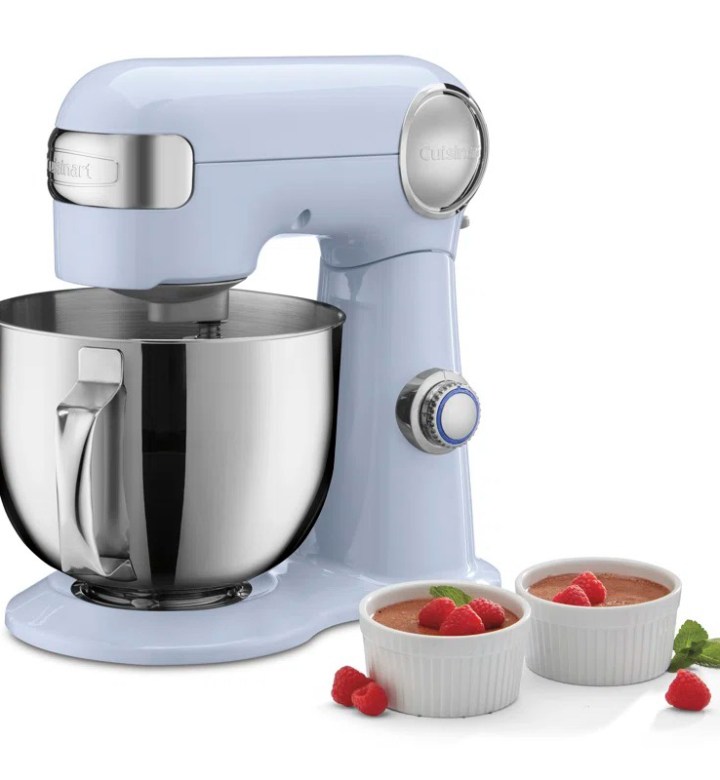 Need to whip up four dozen cookies, stat? This stand mixer and its 800 watts of power are up to the task. Not only is that 225 more watts than a KitchenAid professional mixer (which uses 575, BTW), but it’s also enough to knead the heaviest dough without stalling out. It even comes with three power outlets for the optional attachments—like a meat grinder, citrus juicer, food processor or pasta maker—so it’s basically a whole kitchen's worth of appliances in one.

The PureWow100 is a scale our editors use to vet new products and services, so you know what’s worth the spend and what’s total hype. Learn more about our process here.

KitchenAid's Newest Mixer Has No Business Being This Beautiful