Dream Gift Alert: The KitchenAid Mini Stand Mixer Is Still $50 Off at Amazon

Hi, gorgeous. Oh, sorry, I'm not talking to you—though I'm sure you're lovely—I'm admiring the mini KitchenAid Artisan Plus stand mixer. Its matte black finish and compact size (ahem, more than an inch smaller in all dimensions than its full-size counterpart) make it an on-trend, kitchen must-have—particularly when it's $50 off in the wake of the Amazon Prime Early Access Sale.

I know what you're thinking: KitchenAid mixers are often on sale this time of year; why should I care about this one? Well, beyond the matte black colorway being extra sleek—most deals usually highlight the regular ol' glossy white mixer—this model weighs 16 pounds, making it easier to move around (other models range from 22 to 25 pounds). Oh, and if matte black isn't your thing, there are six other colors on sale, ranging from ice blue to candy apple red. 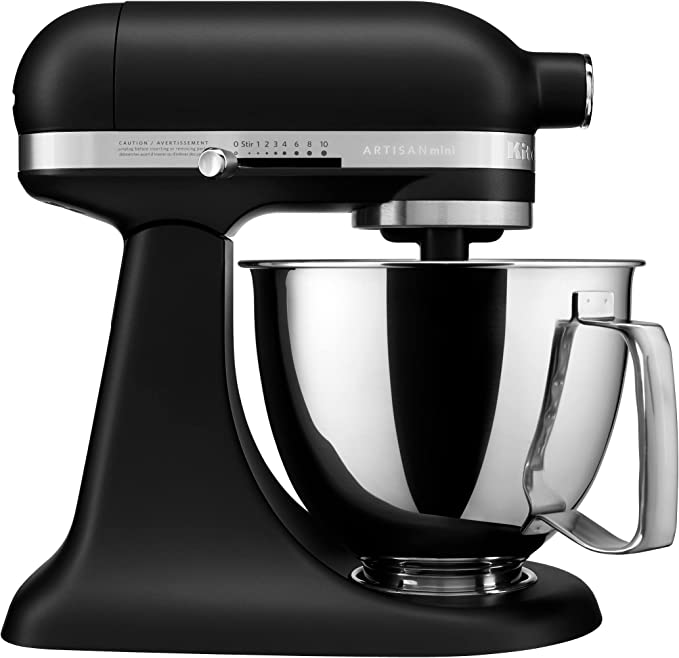 This mini comes with a Flex Edge flat beater, which solves the biggest issue I've had, as a recipe developer, with the mini: It captures all of the batter as it whips, so you don't have to scrape down the bowl as often as you go. (I've had issues with other mini models missing spots in the bowl, creating lumps of flour I had to hand-mix after using the machine. Not so with the Flex Edge design.)

Of course, when you hear "mini," you might immediately think this KitchenAid's a pared-down appliance. However, it features ten speeds, just like the full-size model, and its 3.5-quart capacity means it's still large enough to mix up to five dozen cookies in a single batch. In addition to the Flex Edge beater, you'll also get a dough hook for kneading breads and a whisk attachment, which is great for light, fluffy batters and making homemade whipped cream.

Just so you get a sense of the scale, here's a side-by-side comparison of the KitchenAid Artisan Mini next to a standard, 5-quart Artisan mixer (also on sale for $350, down from $460): 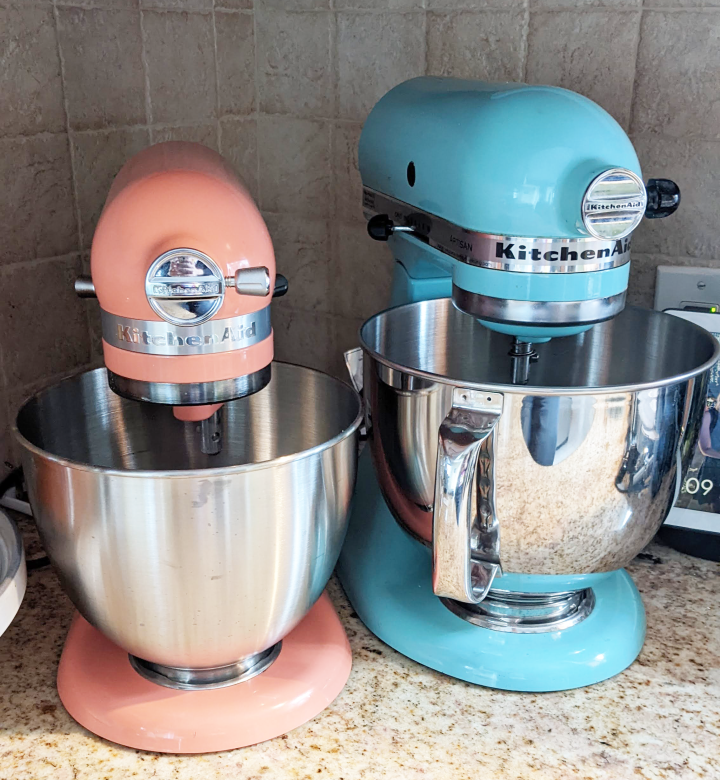 Whether you're looking to upgrade your kitchen—or if you have a wedding coming up or need a splurge-y holiday gift for someone (hi, mom), this mixer is worth a closer look.