What Is Ina Garten’s Engagement Chicken (and Is It Really *That* Good)? We Have Some Thoughts

We understand that roast chicken is kind of like Ina Garten’s calling card…but can a roast chicken really woo someone into a proposal?

So it seems, considering the Contessa’s ever-popular Engagement Chicken recipe caused Prince Harry himself to get down on one knee and propose to Meghan Markle in 2017. When Emily Blunt recently revealed that yes, she too got engaged over Our Lady in Chambray’s recipe, I wondered: What is the deal with this chicken? 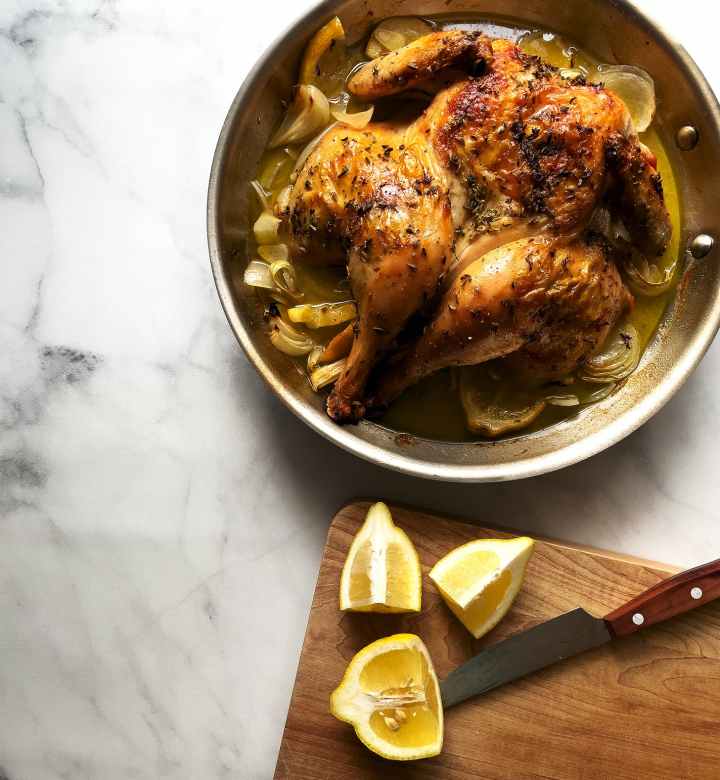 First, What Is ‘engagement Chicken’?

Garten has an extensive collection of chicken and chicken-adjacent recipes (we’re big fans of her updated chicken Marbella), but none seems so revered as her so-called engagement chicken. Interestingly, though, a quick Google search for the recipe doesn’t immediately lead to the Contessa’s version. First, you’ll find Rachael’s Engagement Chicken (as in Ray), alongside a version that Martha Stewart credits to Glamour magazine’s cookbook, 100 Recipes Every Woman Should Know.

It seems this might be the original bird, as Glamour explains. The legend: In 1982, a fashion editor at the magazine shared a chicken recipe with an assistant, who then cooked it for her boyfriend—he proposed a month later. She shared the recipe with three more colleagues, who also got engaged after making it for their partners. Thus, engagement chicken was born.

The original recipe is extremely simple, requiring nothing more than chicken, lemon juice, salt, pepper and herbs. How Garten came to own a particularly popular version is a bit of a mystery—she worked at the White House, not Glamour—but she told Today that she first heard of engagement chicken from none other than an editor at Glamour. (She even went so far as to hint that she’s responsible for the Sussex’s marriage. You go, girl.)

Garten’s recipe eliminates the herbs and adds onion and garlic, along with a pan sauce made from white wine, stock and the chicken drippings. As with all her dishes, it’s not too complicated (but still seems pretty fancy). 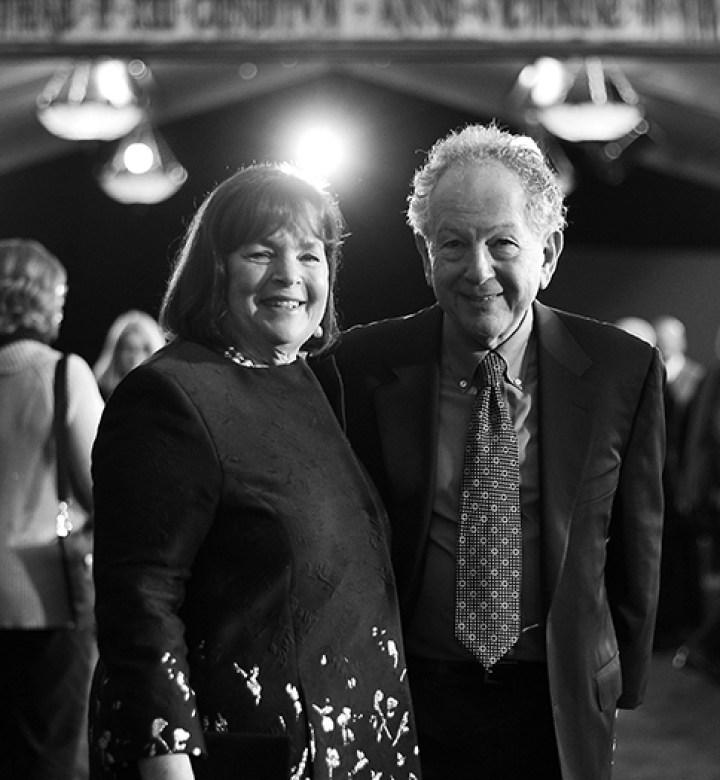 So, Is Engagement Chicken That Good? Is It Sorcery? Is It A Scam?

Here’s the thing: I’ve never met the woman, but I would basically walk into fire for Ina. She’s a style icon and an utterly charming national treasure. (And before you ask: Yes, I would totally get a lower back tattoo that reads “I would die for Jeffrey Garten.”) That being said, I don’t think her chicken recipes are lifechanging. They’re great for beginners and for making people feel accomplished in the kitchen, and that’s no small feat. But they also all rely on a similar formula of flavors—lemon, olive oil, garlic, onion—and her engagement chicken is no different.

Also, can we please do away the entire trope of “engagement” anything? As writer Madeleine Aggeler eloquently put it (and recipe developer Eric Kim also pointed out), “The concept of Engagement Chicken is a bizarre, regressive idea that should probably be retired.” Roast chicken is amazing and delicious! But is it the reason these celebrities are falling in love? Absolutely 100 percent no. I’m immediately reminded of the strange Gilmore Girls episode in which Rory dresses up as Donna Reed and makes her toxic boyfriend Dean a dinner. Gross.

It’s likely that Garten’s engagement chicken is a great recipe that’s easy to pull off and feels impressive and special on any occasion, whether that’s a royal proposal or a night in by yourself. Engagement chicken isn’t sorcery, the pan sauce isn’t some magical elixir of love and a ring isn’t guaranteed at the other side. But you know what is? Amazing leftovers and a one-way ticket to homemade stock, if you save the bones. For those reasons, we should all be making more roast chickens.

A Definitive Ranking of Ina Garten’s Cookbooks, from “Store-Bought Is Fine” to “How Easy Is That?”