Ina Garten Has 53 Chicken Recipes. Here’s What Happened When I Tried to Find Her Best

You don’t have to be an Ina Garten superfan to know that the woman loves a chicken recipe. A quick search through the Barefoot Contessa’s full cookbook index yields a whopping 53 results for recipes with “chicken”—chicken with shallots, chicken with morels, chicken with 40 cloves of garlic, Tuscan lemon chicken, Jeffrey’s roast chicken, stop me anytime. When I set out to find the best Ina Garten chicken recipes, I didn’t expect to stop looking after the first two.

So, apologies in advance, but I can’t definitively tell you which recipes are the best. I can tell you that I think I’ve figured out that our queen in chambray has a little secret to the success of all those poultry dishes: They all follow roughly the same formula. 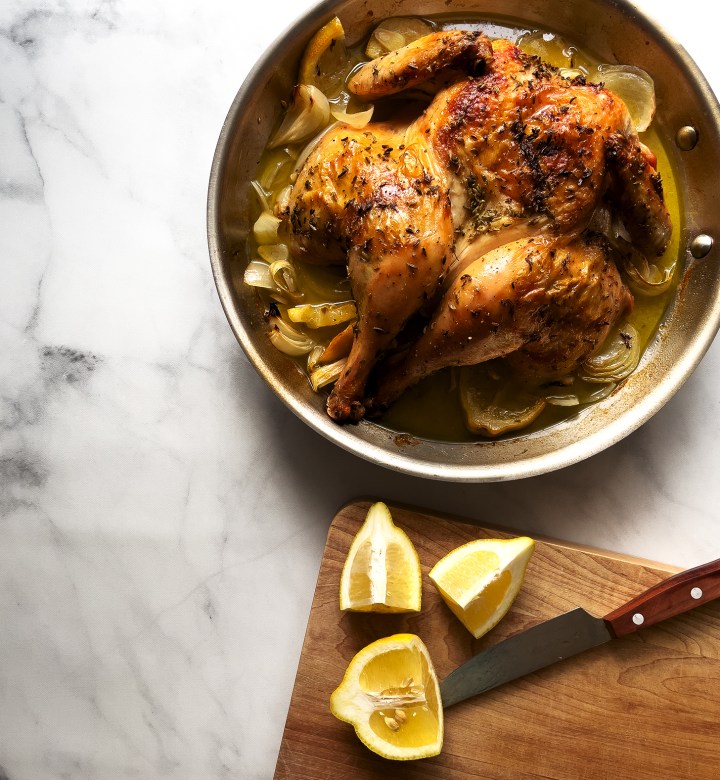 I started my testing process with the Contessa’s skillet-roasted lemon chicken from her 2016 cookbook, Cooking for Jeffrey. It calls for a mere ten ingredients (including salt, pepper and olive oil) and the bird itself cooks for less than an hour, thanks to a method called spatchcocking that flattens the chicken. I thought it must be one of her best recipes, based on the simplicity alone.

And yes, this chicken was good. But considering Garten is known for her effortless, impressive dishes, I found the spatchcocking to be unnecessarily tedious and the flavor a little plain. The recipe was a success, but not as mind-blowing as I had hoped. It wasn’t the best.

I moved on to lemon chicken with croutons from Barefoot in Paris, thinking the bread element would add intrigue. The recipe involves roasting a whole chicken atop a bed of onions and lemon, then serving it with crispy croutons to soak up the juices. 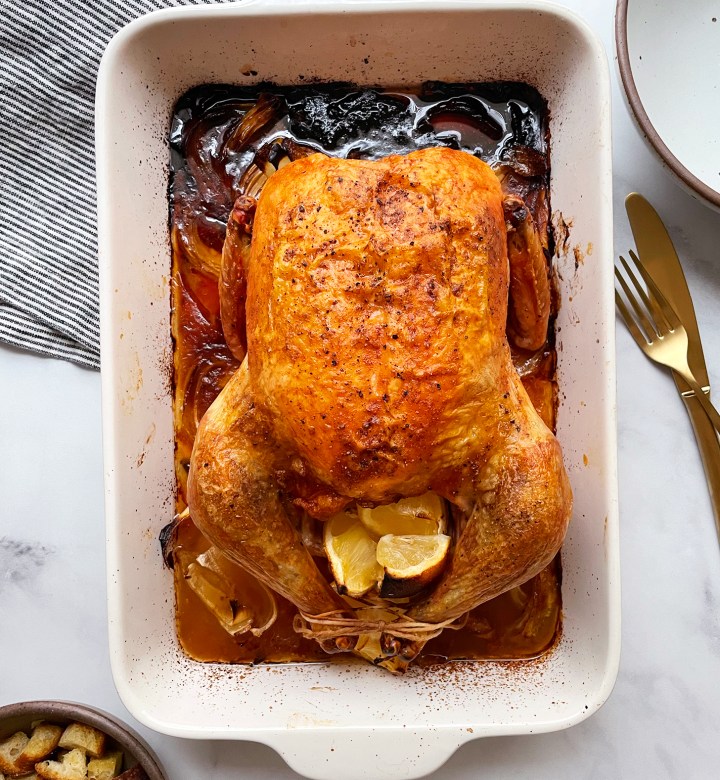 Again, it was a successful recipe. But I prefer my own recipe for buttermilk roast chicken, which is juicier and better seasoned with little extra effort. Garten calls for washing the chicken before cooking it, which is an outdated practice that can spread germs around in your sink, and she doesn’t call for seasoning the outside of the bird, which ended up a little bland. (I was right about the croutons though. They were the best part.)

That’s where I stopped. I couldn’t figure out why I wasn’t falling in love with these recipes, until I compared them with the others from her cookbook collection. (My library is 80 percent Ina.) Garten’s recipes are foolproof, sure. They turn out every time, and that’s no small feat. But save for a few recipes, most of her chickens err on the traditional side. They rely on the same ingredients for maximum flavor and simplicity: lemon, onion, olive oil, maybe some white wine or garlic if you’re feeling spicy. Varying sides of roasted vegetables are about as wild as they get.

I think expected to be blown away with tricks, techniques and inventive flavor combinations, but that’s not the Ina way. I don’t mean that as an insult at all. I love Garten’s easy-breezy attitude, elegance and store-bought-is-fine mentality. What I discovered, though, is that if you know what works (like Ina does), you can replicate it as many times as you want, and people will ooh and ahh even if it’s the same. Chicken with lemon—what could be bad about that? Garten’s recipes aren’t reinventing the wheel; she simply makes minor modifications to her tried-and-true methods.

That said, there seem to be three constants to all of Garten’s chicken recipes:

So what makes those recipes so compelling to people all over the world? My hunch is that it’s a combination of variables: Her laidback yet decidedly elegant persona—the Hamptons vibes, chambray tops and jazzy theme song—is purely aspirational. Where she becomes attainable is in the repetition of flavors and techniques that say, “Hey, you can totally cook this too.” And if I can whip up a dinner as delicious and impressive as Ina can, I can (kinda, sorta) be just like her.

I’ll probably have to look harder to find my be-all, end-all chicken recipe, and I’ll never be as chic (read: rich) as Ina Garten. But at least I can cook a chicken as good as hers.