25 Dumpling Recipes That Are Easy Enough to Make at Home

With Lunar New Year underway, we have dumplings on the brain. The Chinese word for dumpling represents the exchange between the old and new year, which is why they’re common at new year celebrations. Dumplings also symbolize wealth, since they’re traditionally shaped like silver ingots, an imperial Chinese currency. That said, there are lots of different types of dumplings from China and beyond to sink your teeth into, and some of them are simple enough to prepare at home. Here are 25 dumpling recipes to prepare for the Year of the Tiger (or any weeknight dinner), from traditional pork potstickers to unexpected sausage-and-egg breakfast dumplings.

How To Make The Best Dumplings At Home

Assembling potstickers may feel intimidating at first, but these tips will make the experience easier (and more successful).

Read on for our 25 favorite dumpling recipes to make at home. 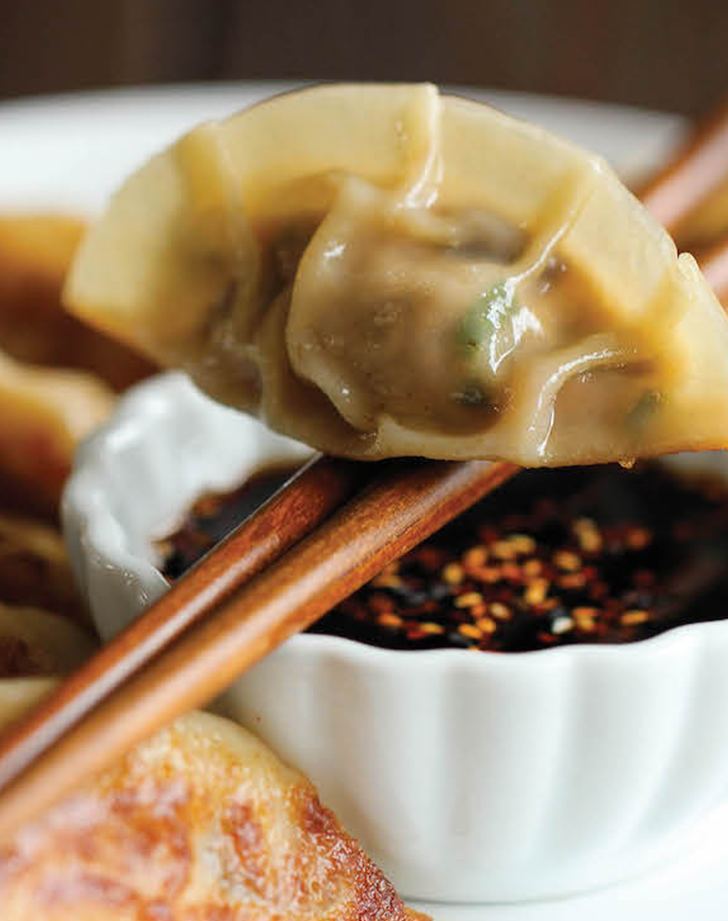 The best part about making potstickers at home? They freeze like a charm. Just place the uncooked dumplings in a single layer on a baking sheet, freeze them overnight, then transfer them to freezer bags. 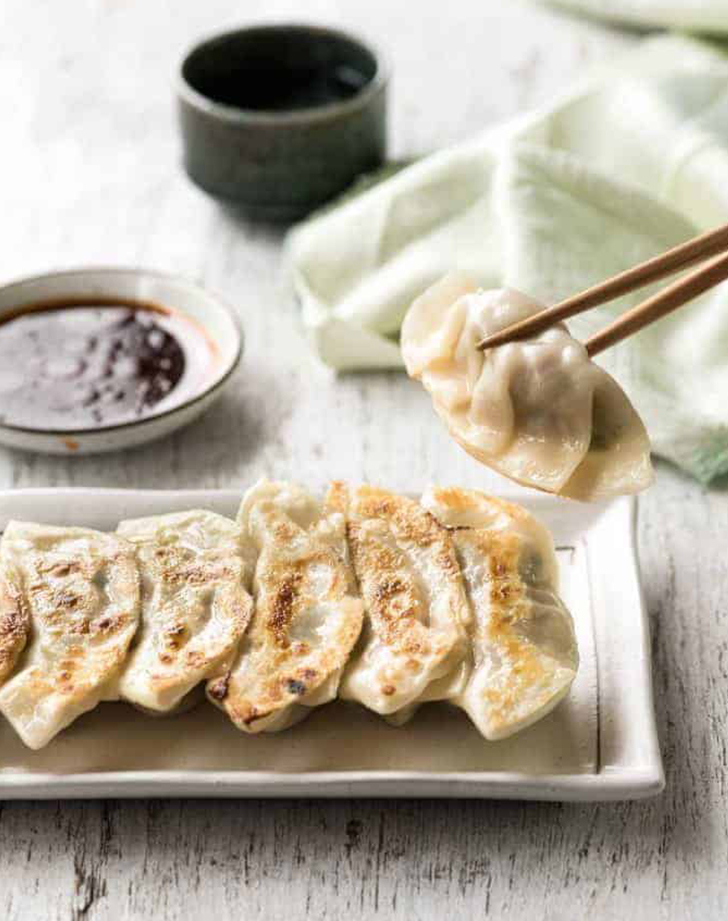 These dumplings stuffed with pork, cabbage, garlic and ginger won’t disappoint. (But we’d be lying if we said we weren’t most excited about the three-ingredient chili oil dipping sauce.) 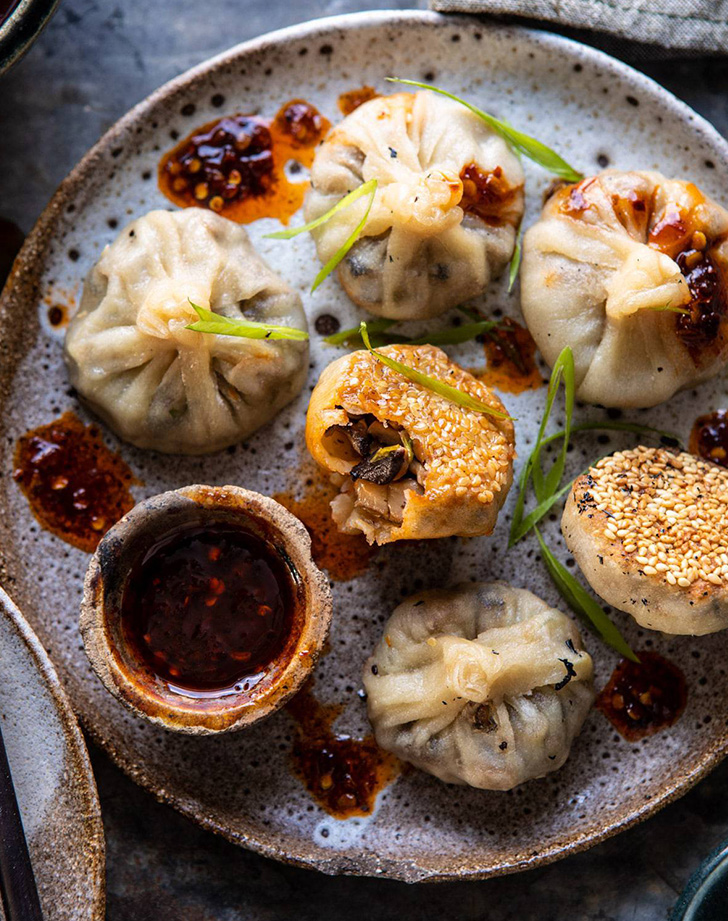 The secret to these vegetarian gems’ crispy bottoms? Dredging the dumplings in sesame seeds before frying.

Yup, paleo dumplings are a thing—and they’re delicious. Instead of carby dough, these are wrapped in rounds of daikon radish. 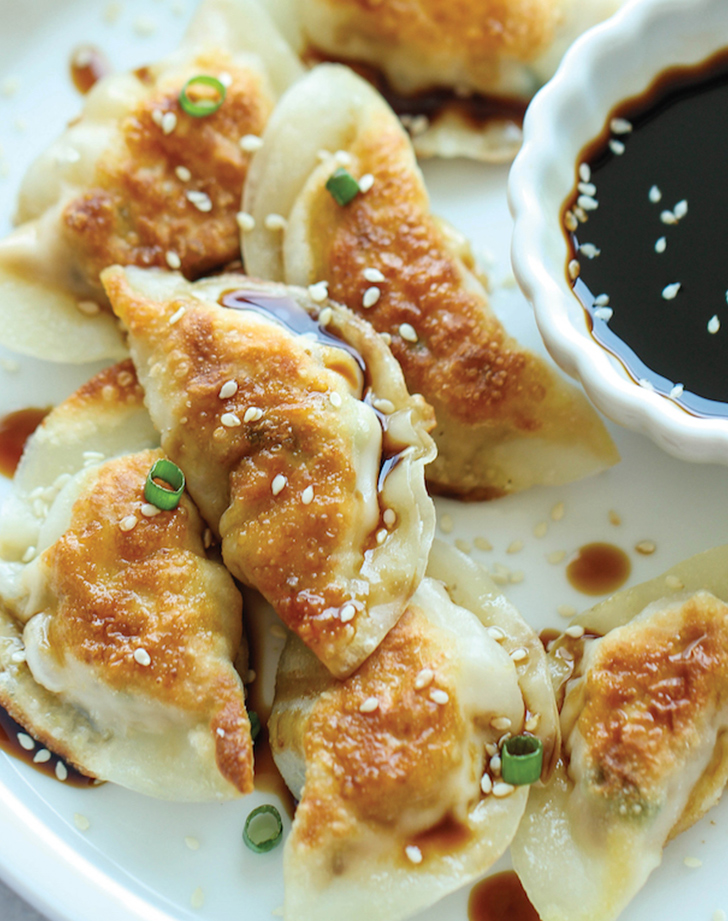 We have a feeling your kids will be all over this sweet, sticky appetizer. 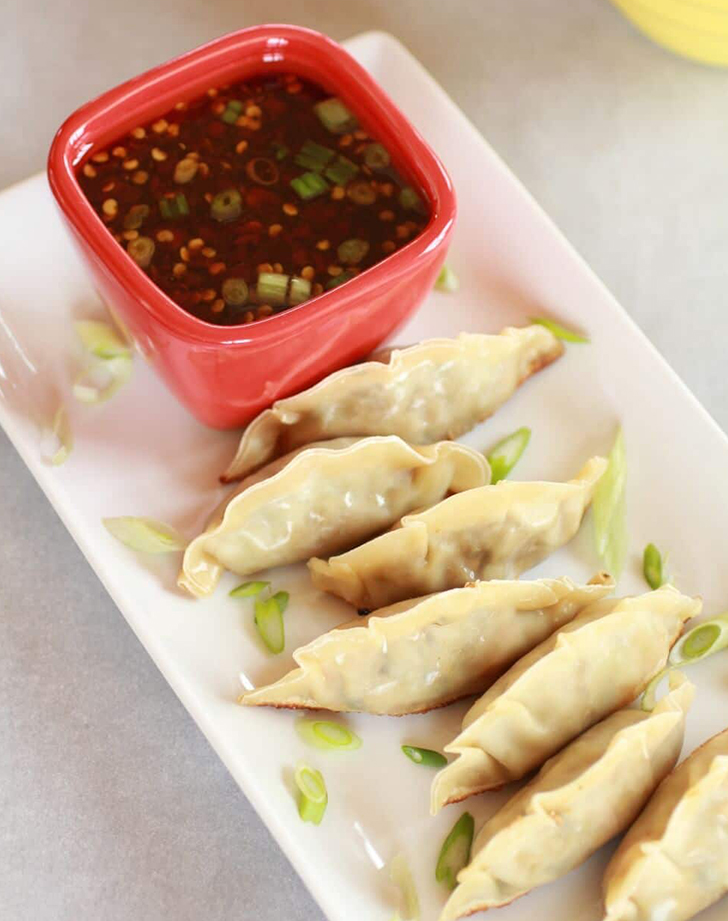 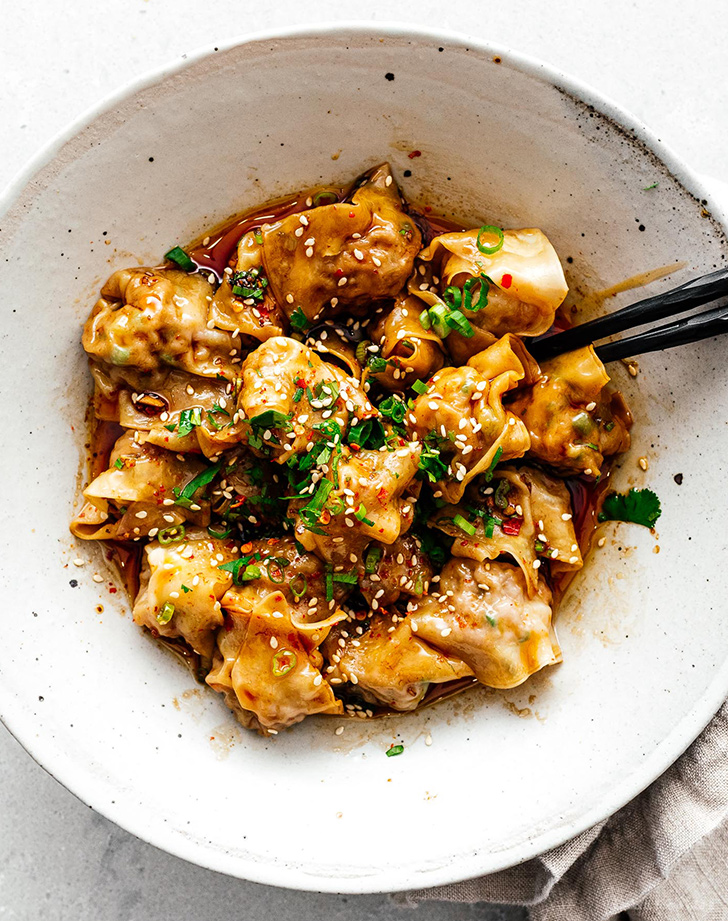 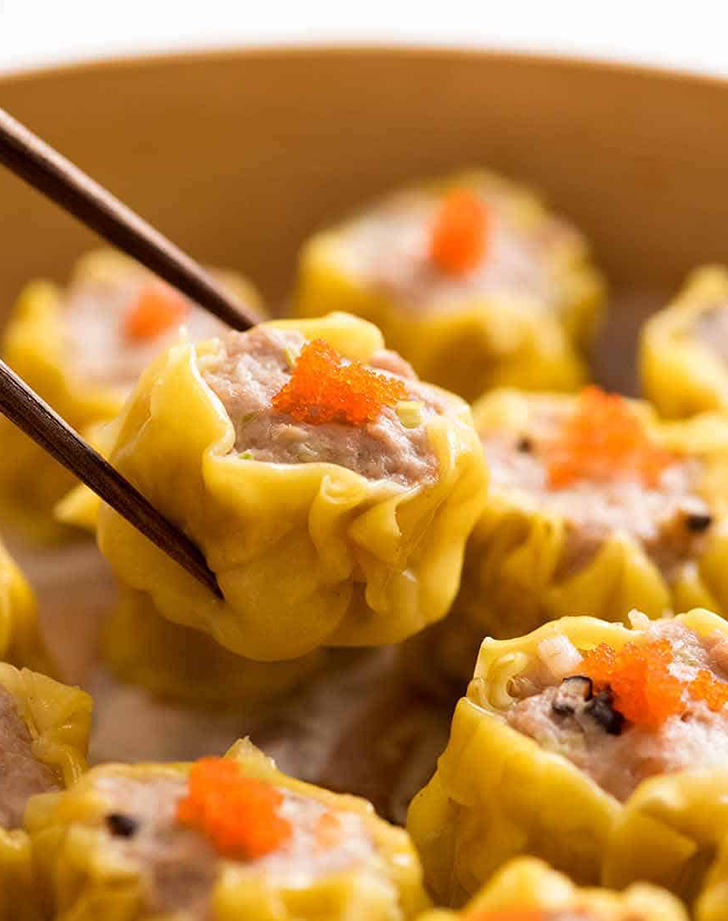 If you don’t have a bamboo steamer, a regular stove steamer will work fine. Go the extra mile by topping them with flying fish roe.

Assembling these cuties is as simple as putting a rounded tablespoon of filling in the center of each wrapper, folding it over to create a triangular pouch and pressing the edges together. 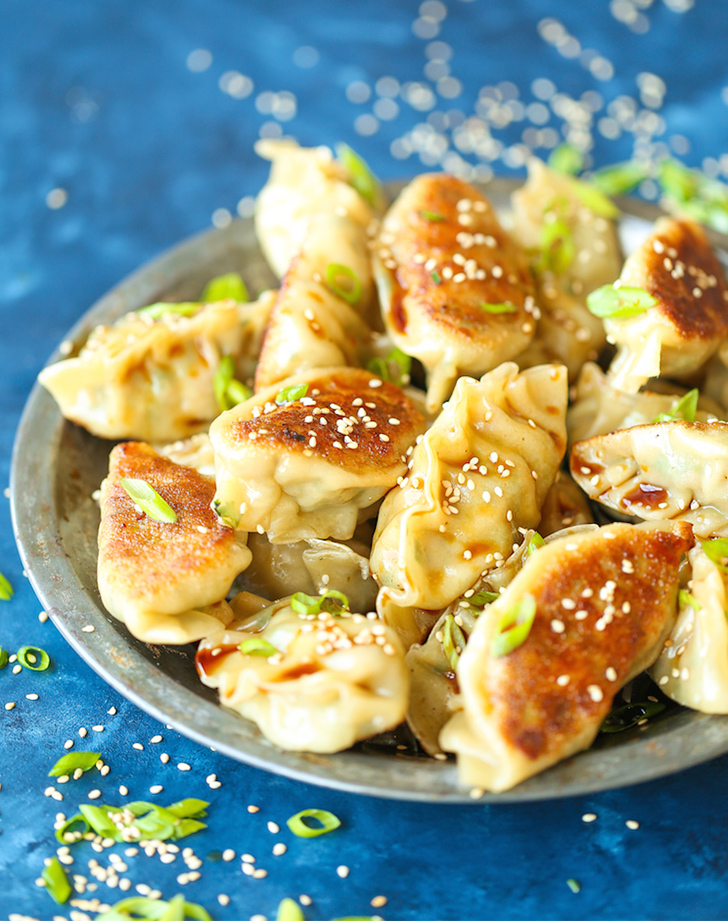 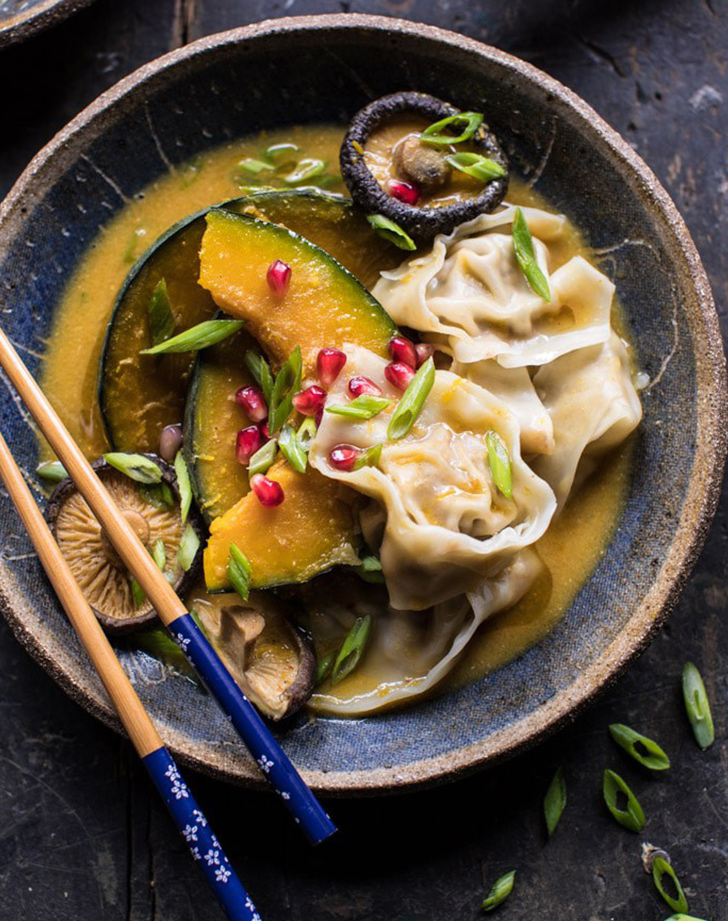 These ground turkey dumplings have a delicious secret: red curry paste. Not only does it turn the flavor up a notch, but it keeps the meat nice and moist as well. 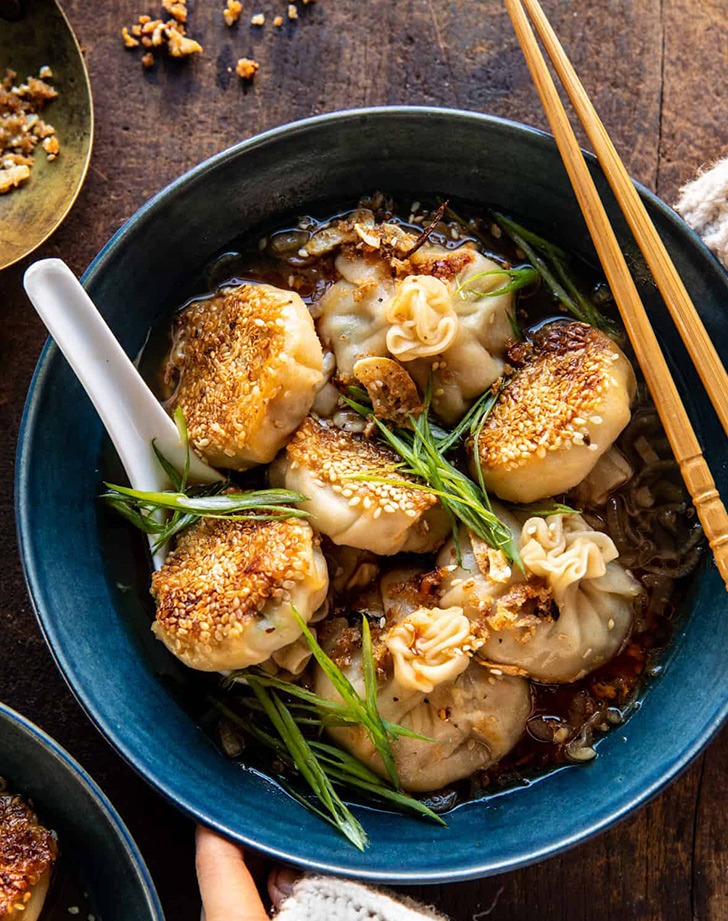 We seriously wouldn’t blame you for skipping the dumplings altogether and noshing on the fried garlic-Panko sesame seeds instead. 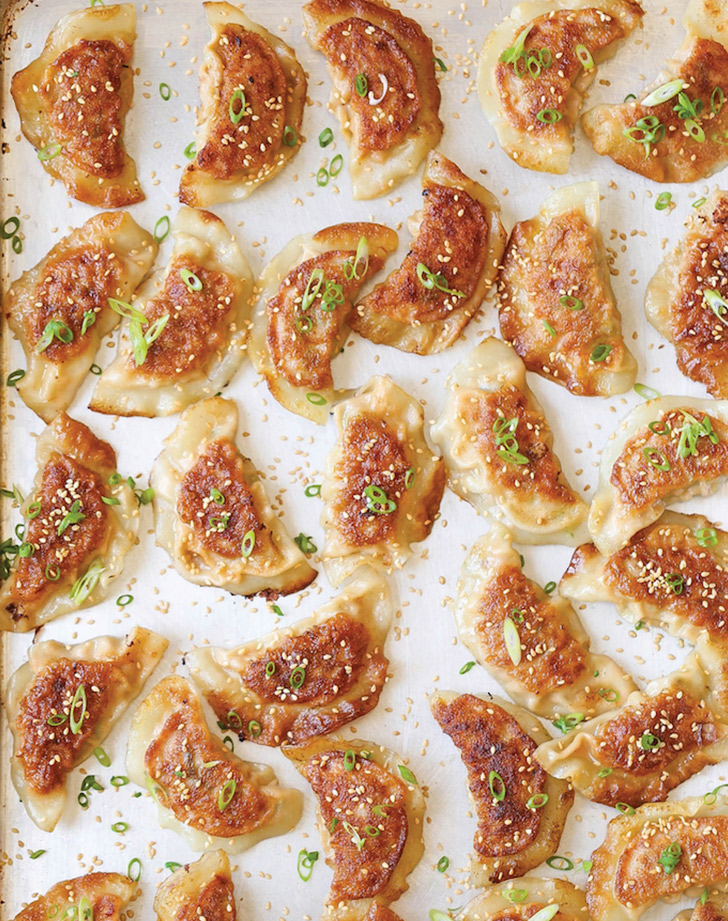 Don’t sweat cooking the pork filling before stuffing the wonton wrappers. It’ll cook through in the pan once it’s fried. 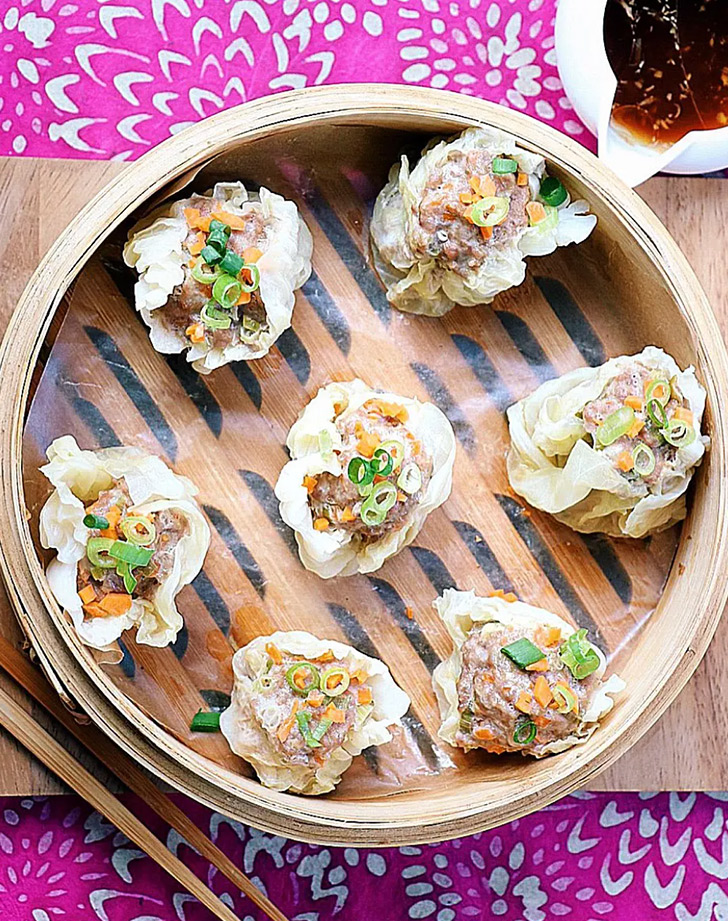 This dim sum favorite can be made low-carb by trading traditional wrappers for sweet cabbage leaves. 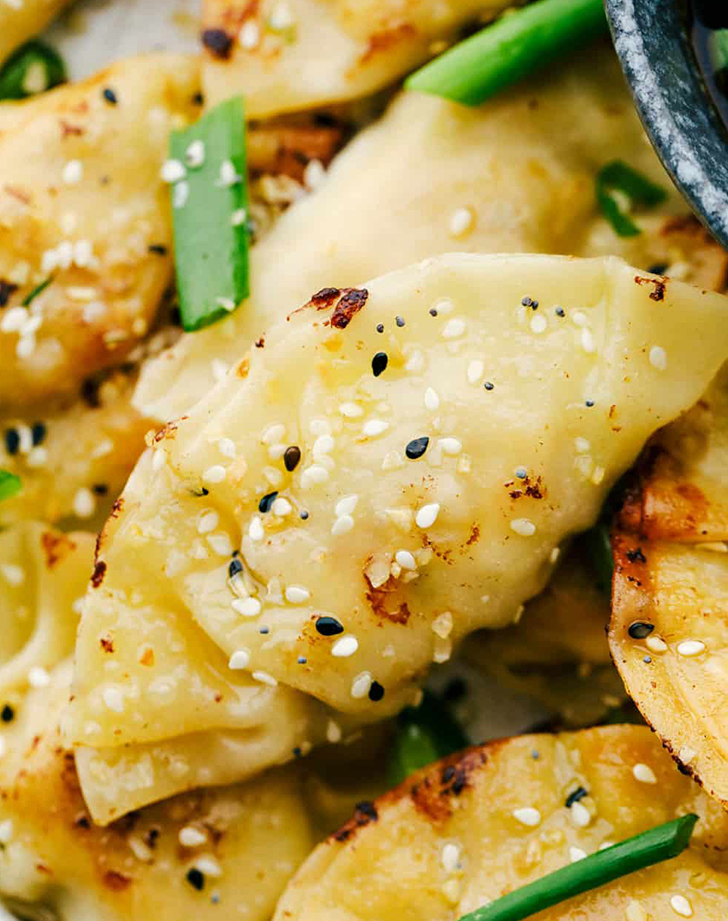 Feel free to add extra veggies to the filling, like mushrooms, bell peppers or broccoli. Chopped water chestnuts would be a great crunchy addition, too. 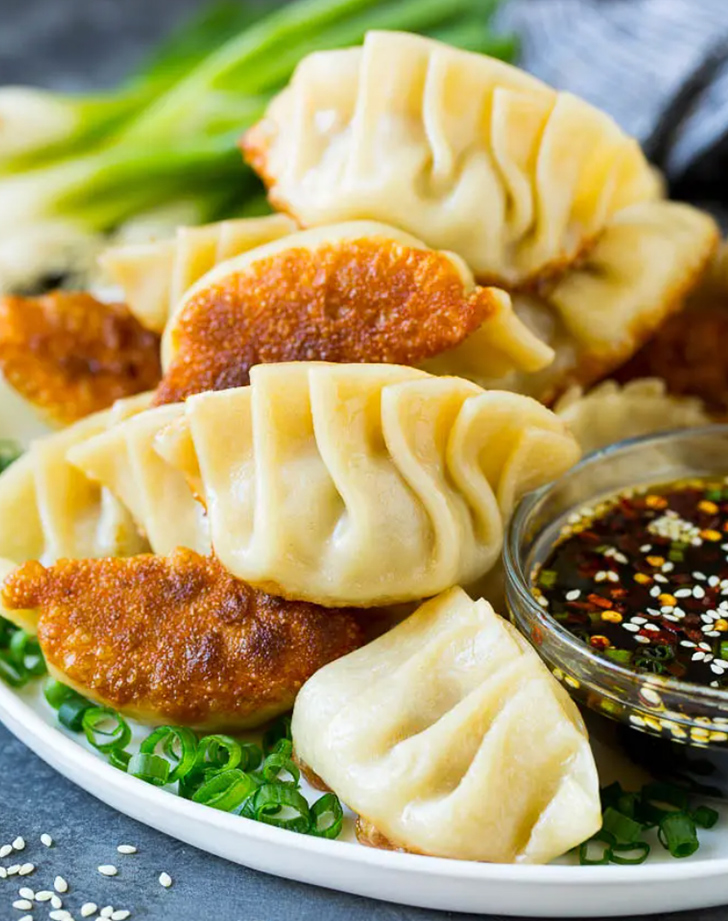 Dinner at the Zoo

Dumplings 101: Don’t overfill the wrappers. If they're excessively stuffed, you'll miss out on the impressive pleats. Presentation is everything, no? 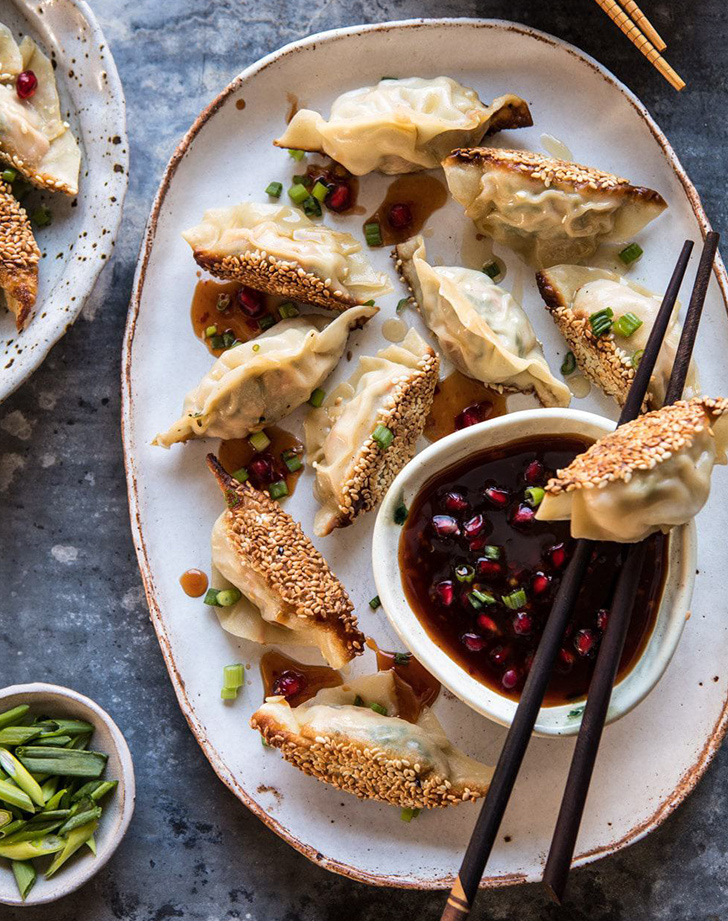 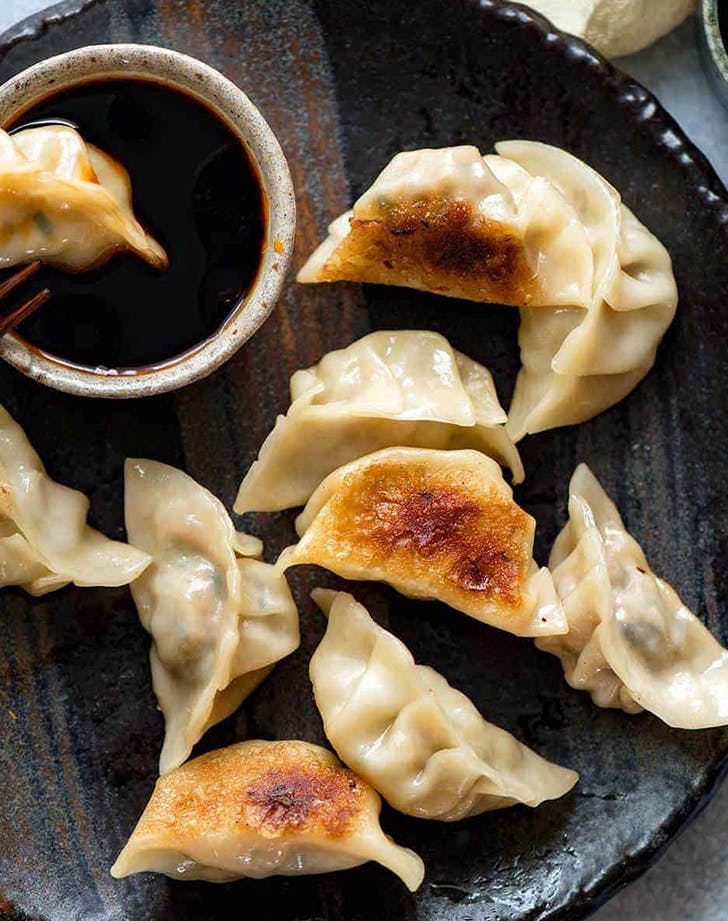 You can find gow gee pastry wrappers at your local Asian market. Once they’re assembled, the dumplings can be steamed, fried or boiled in your favorite broth. 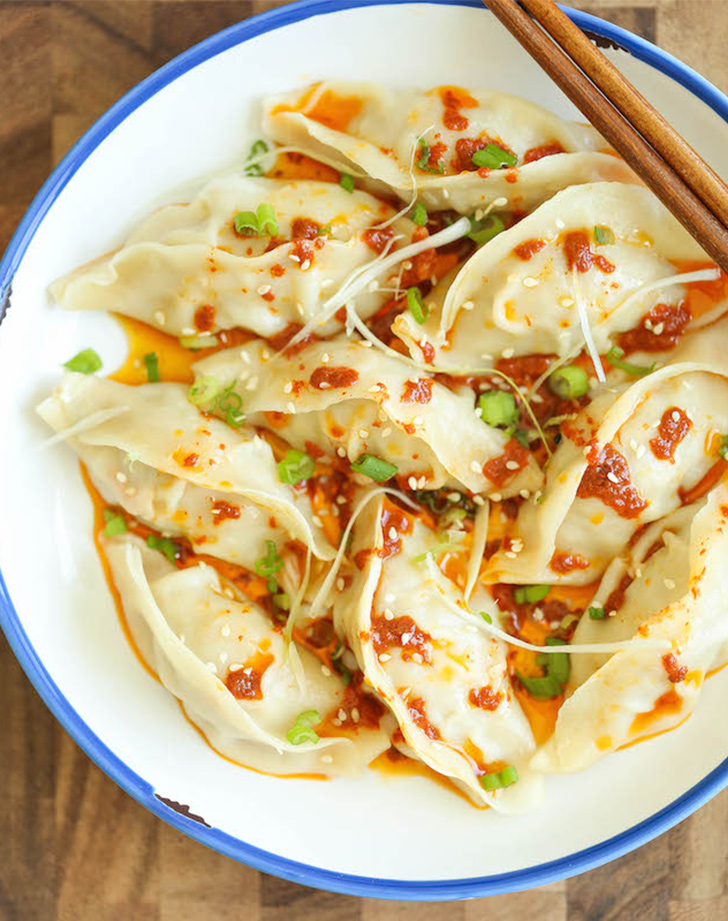 Want them to turn out even hotter? Add a drizzle or two of sriracha to the filling. 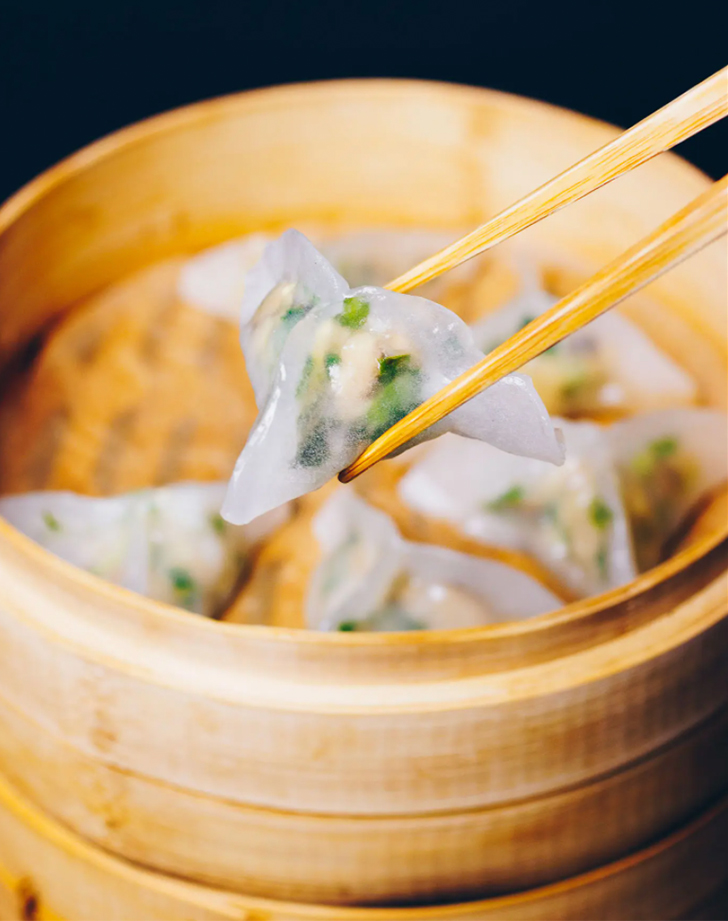 This type of dumpling is famous for its translucent wrappers, which allow you to see the pink shrimp and green scallions nestled inside. 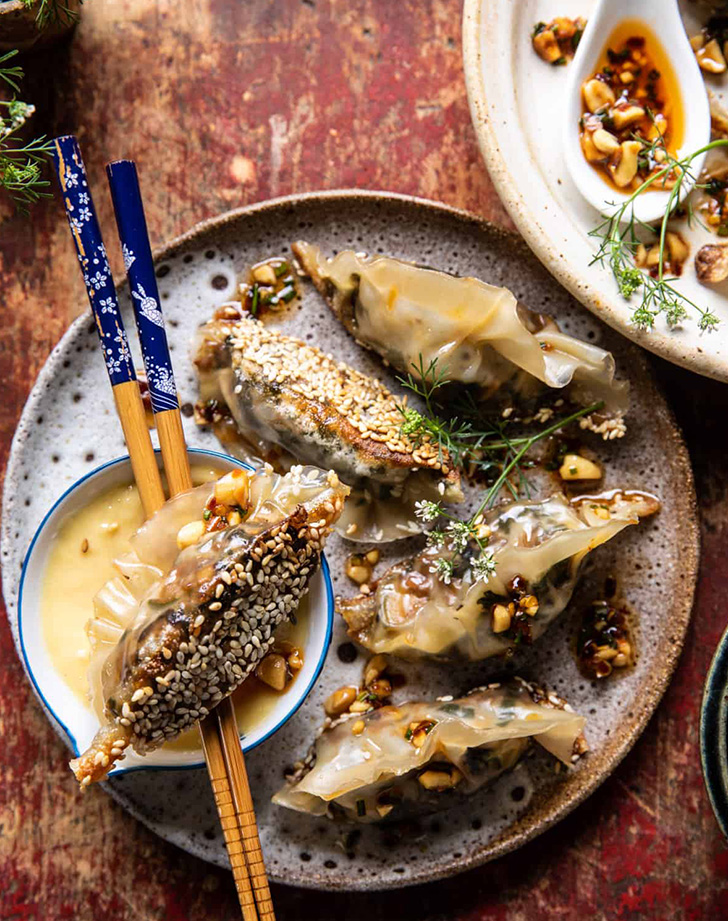 BRB, going for a swim in the toasted sesame-chili oil alongside roasted peanuts and fresh chives. 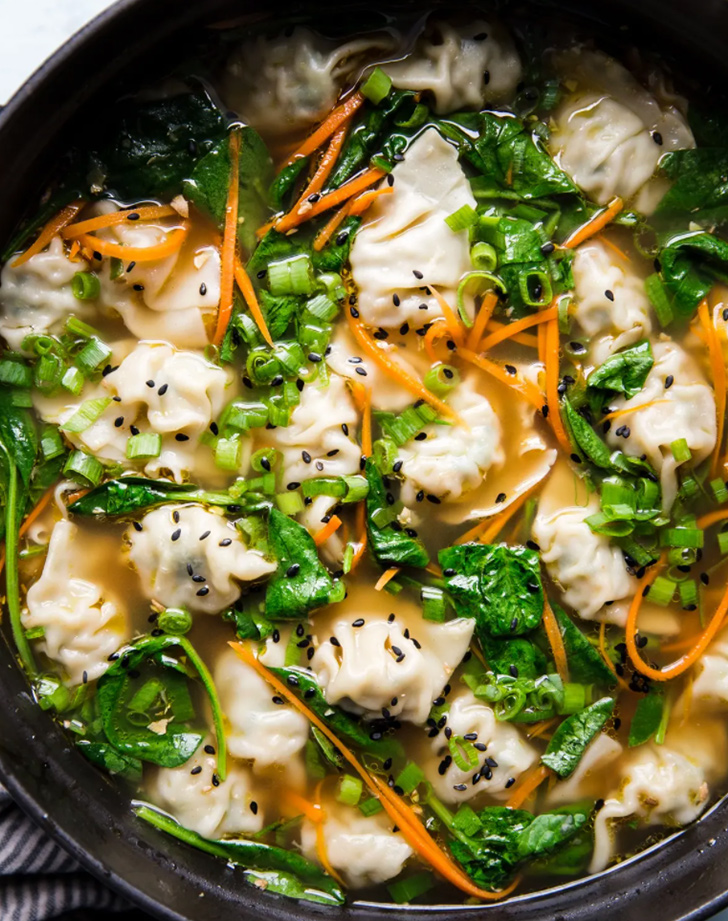 Homemade soup in 15 minutes? You’d better believe it. (The key is starting with frozen potstickers.) 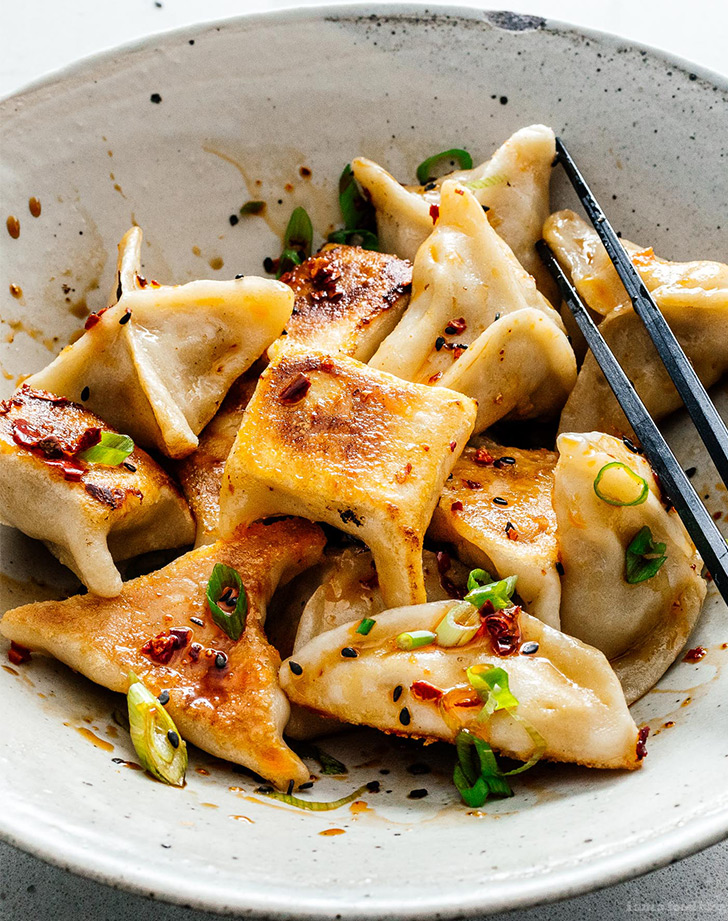 Water and flour are all you need to make dumpling dough from scratch. Warm water aids in gluten production, which is key for soft, stretchy dough. 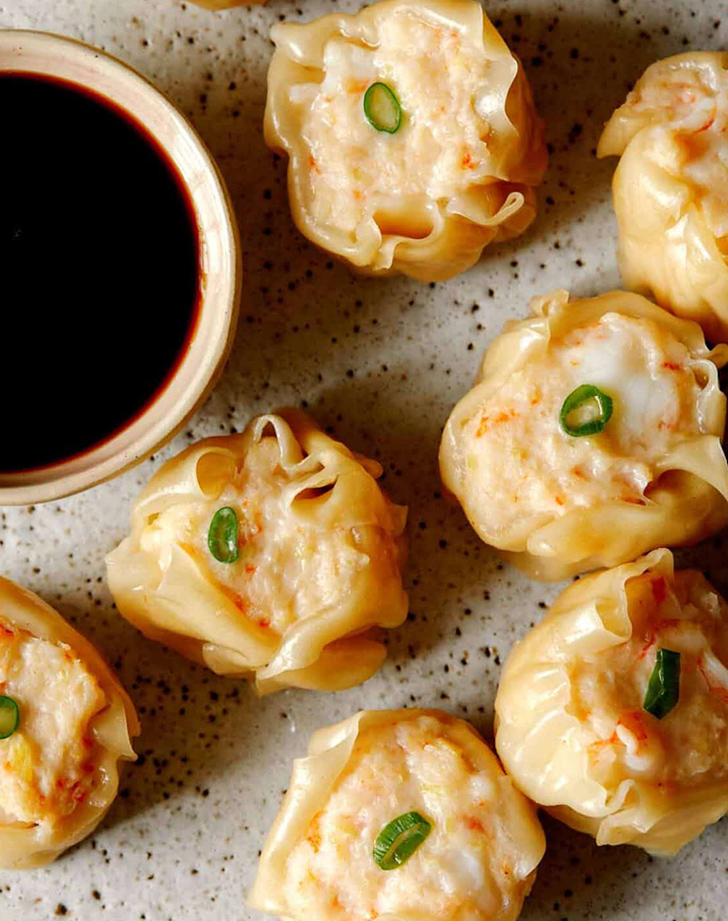 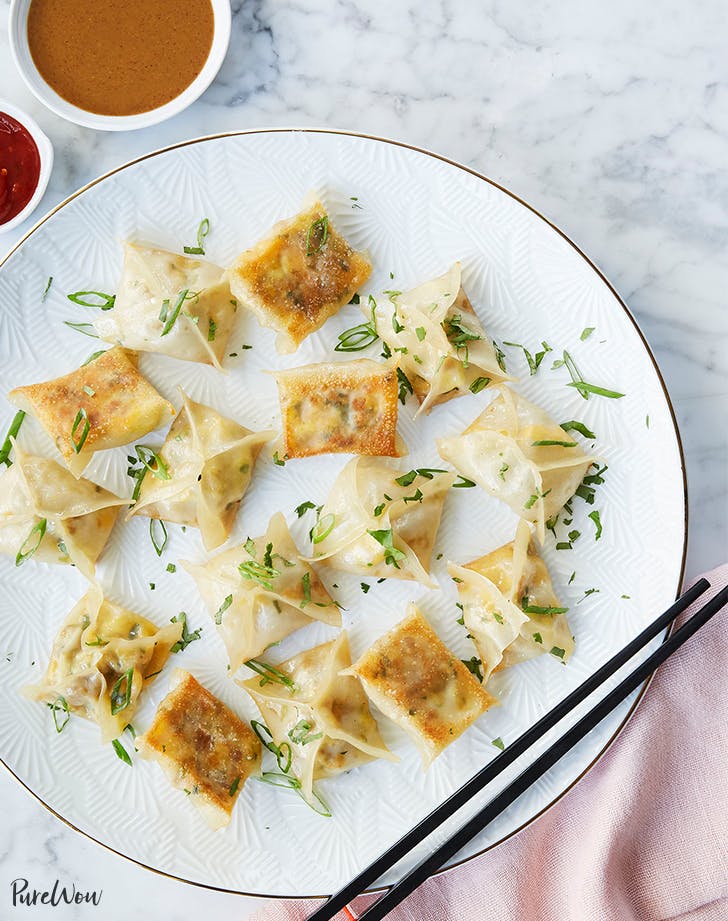 Wanna know a secret? You can stuff just about *anything* into a dumpling wrapper, cheddar cheese and breakfast sausage included. Pass the sriracha ketchup, please.

Get the recipe
RELATED

15 Traditional Chinese Food Dishes You Need to Try, According to a Chinese-Malaysian Chef