The Cheapest, Best Thanksgiving Dinner Ideas (Because We’re All on a Budget These Days)

Thanksgiving? In this economy? We say yes, because even though inflation is driving up food prices and putting the pressure on home cooks, all you need are a few back-pocket tricks (like browned butter and roasted garlic) to ramp up the holiday flavor—splurging on fancy ingredients not required. Here’s how to have a more flavorful Thanksgiving without spending a ton of money.

63 Non-Traditional Thanksgiving Dinner Ideas (Because Not Everyone Loves Turkey) 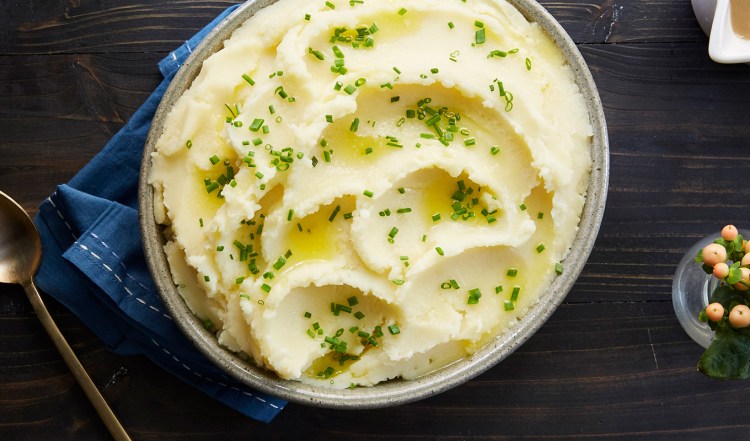 1. Give the Mashed Potatoes a Flavor Upgrade

Odds are, there will be potatoes at your table. And if they’re mashed, they’re basically a blank canvas for zhuzhing up the meal. If you’re already fortifying the spuds with butter for richness, try browning the butter to add nutty depth of flavor. (As the name suggests, you’re melting the butter over medium heat until it turns golden brown.) You don’t have to splurge for the $9 European stuff for the technique to work, and if it’s already on the grocery list, it won’t cost anything more to toast it in a skillet before mixing it in. Since browned butter is essentially liquid gold, this trick also works for stuffing and sweet potatoes, FYI.

(Want another mashed ’tato hack? Warm the milk or cream with a few cloves of garlic before mixing it in for a savory flavor infusion.) 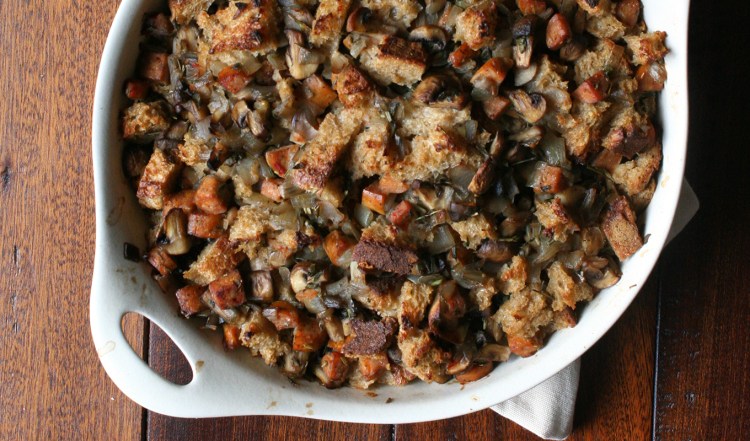 2. Give the Stuffing a Plant-Based Boost

We say there’s no shame in the boxed stuffing game, since it contains everything you need to make a tray…and yet following the package directions can leave you wanting more. Sausage is a common inclusion for extra flavor, but if current meat prices don’t match your budget, you can get the same effect with plant-based ingredients. Mushrooms have a meaty texture and flavor, leeks add a savory quality, fresh herbs like thyme and rosemary are holiday go-to’s, and all of them can be sautéed in one pan before going in with the bread. 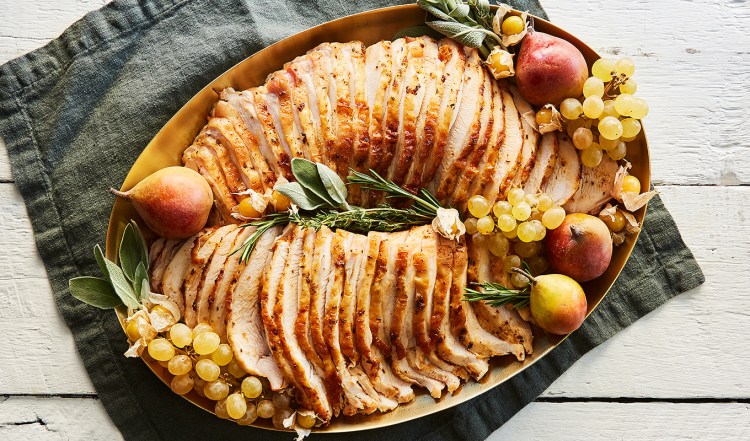 Turkey may be the star of the show, but let’s be honest: On its own, it’s kind of blah. The good new is, you can easily remedy a plain turkey with a little advanced planning and ingredients you already have in your pantry. Dry-brining is a fancy way of saying you seasoned the meat in advance with a mixture of spices not unlike a barbecue rub. It flavors the meat and makes it juicier, because the salt in the mixture will draw out the moisture in the turkey and season it before it’s reabsorbed. Adding flavors like brown sugar, spices, dried chiles and herbs will add even more depth to the turkey, but you can go as simple or elaborate as you please. 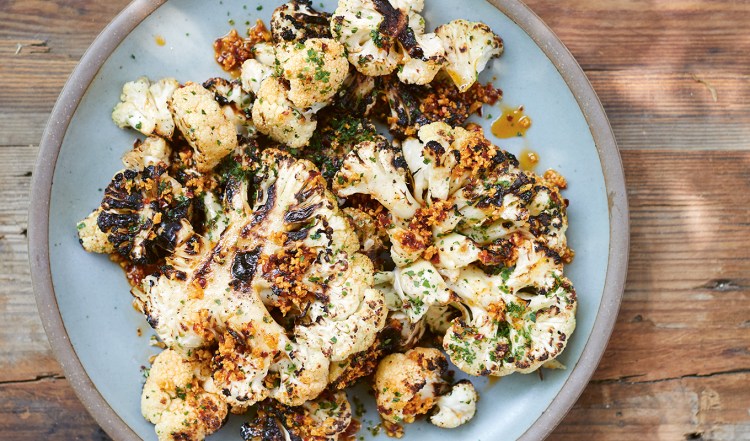 4. Spice Up the Vegetable Sides

We’re all for a salt-pepper-lemon preparation any other Thursday, but those vegetable side dishes are another opportunity for enhanced flavor. Chili crisp is our favorite condiment du jour for adding garlicky, spicy notes to everything from cauliflower and sweet potatoes to green beans and Brussels sprouts, and you can pick up a jar in any grocery store. (We’re partial to the one at Trader Joe’s.) 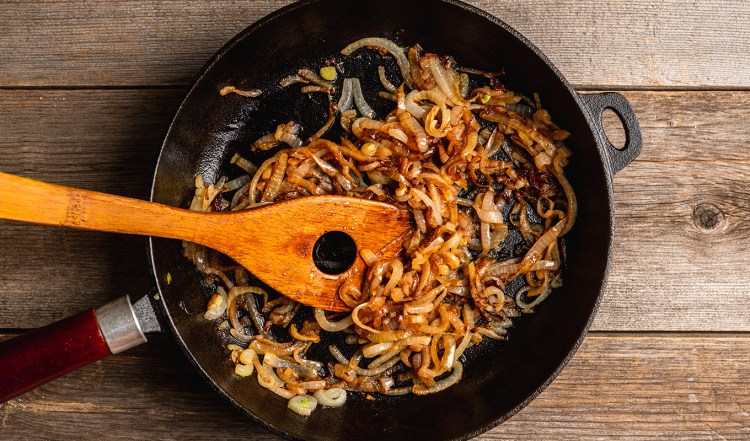 What do mushrooms and onions have in common, other than they’re both going in your stuffing tonight? Answer: They’re secret flavor bombs, and you can harness that power simply by caramelizing them. Spend some extra time browning the aromatics in a skillet before adding them to the dish and you’ll be rewarded with umami flavor at no extra cost. (This also applies to otherwise ho-hum side veggies, like cabbage or cauliflower.) Not sure how to caramelize? Follow our helpful guide here. 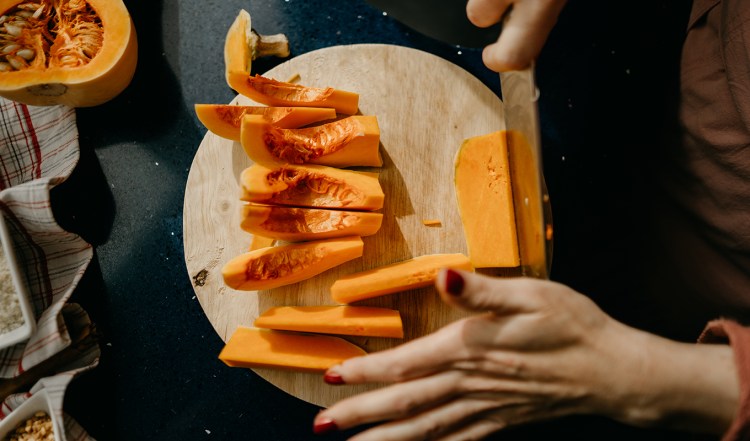 As much as we love the idea of serving Mom’s award-winning blueberry pie for the holiday, in-season produce will be less expensive than out-of-season ingredients, so let the farmers market guide your menu. Apples abound, the grapes are looking great and sweet potatoes and winter squash are already fall all-stars because they’re readily available and inexpensive come November. Instead of asparagus (a spring vegetable), go for Brussels sprouts or green beans. Skip the berries in favor of fall fruits. You get the idea. 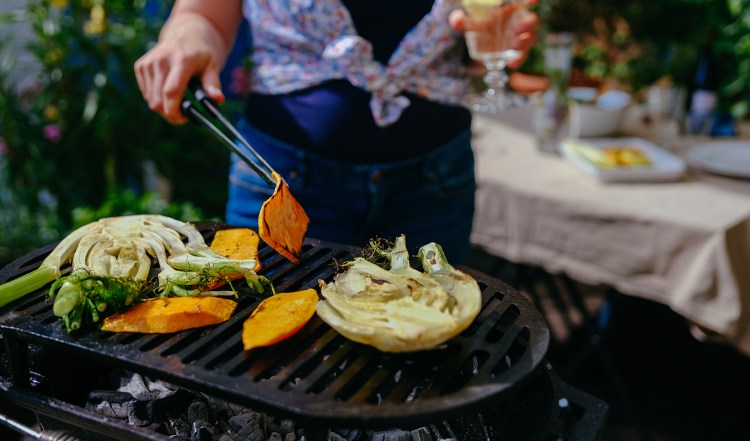 7. Break Out the Grill

Your stove, oven and toaster are stuffed to the gill. Need more cooking real estate? That’s what your grill is for. Aside from freeing up your kitchen appliances, cooking Thanksgiving dishes—especially the vegetables—on the grill is an easy way to add smoky flavor without spending any money. Think beyond the usual corn to fall fare like carrots, beets, sweet potatoes and blistered green beans. (And if you’re convinced grilling is just for summertime, you’ll be pleasantly surprised what a puffer coat and headlamp can do for you.)