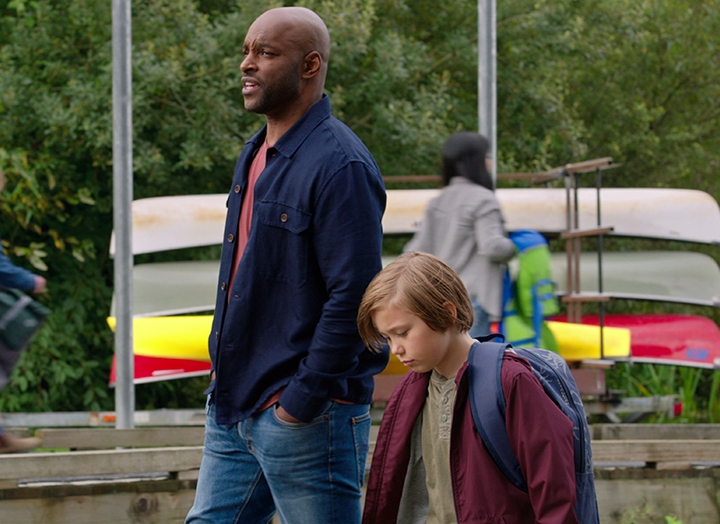 In the season three finale of Virgin River, Preacher is drugged and then left for dead in the woods. The event is likely tied to Paige (Lexa Doig), who has been MIA ever since she left her son, Christopher (Chase Petriw), under Preacher’s care. The problem is Preacher hasn’t been able to take his eyes off Christopher. Wes’s twin brother, Vince (Ian Tracey), is threatening to take the child, because 1. Preacher isn’t the legal guardian and 2. Paige never had full custody in the first place.

There’s one theory floating around about Paige’s fate, which hints that Preacher’s final scene in season three implies that Paige is dead. However, we aren’t convinced that’s the case. Instead, we think Preacher’s drugging is a mere distraction.

Think about it: The only person standing in the way between Vince and Christopher is Preacher. So, Vince likely hired someone to lead Preacher into the woods and drug him, so Vince could snatch the child without Preacher interfering.

It’s important to note that we don’t think Vince will hurt Christopher. Rather, he’ll likely use him as bait to lure Paige out of hiding. That being said, we highly doubt the writers would go down this path if Paige were dead.

One reason for Paige’s absence in season three could be the coronavirus pandemic. Producers had to limit the number of people allowed on set, which is why some characters—like Hope (Annette O’Toole)—were shown only via FaceTime.

Besides, if we learned anything from Jack’s gunshot wound at the end of season two, it’s that the writers aren’t trying to kill anyone off or, dare we say, leave a child without his mom. Instead, they’re trying to make things more interesting. (Or so we hope…)