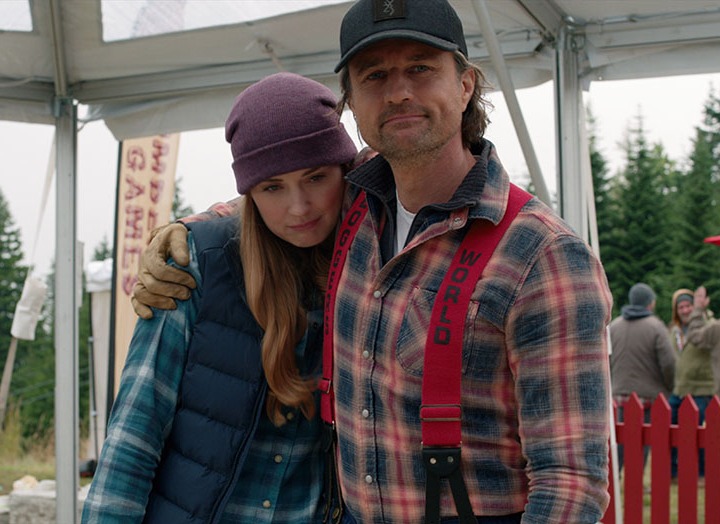 Virgin River fans might want to take a seat for this all-new theory, which predicts a turbulent future for Mel (Alexandra Breckenridge) and Jack (Martin Henderson).

The season three finale of Virgin River ends with a shocking cliffhanger: Right when Jack is about to propose, Mel reveals that she’s pregnant…and the baby might not be his. This isn’t a huge surprise to viewers, since Mel had saved embryos from her previous marriage to Mark (Daniel Gillies).

Why? It all comes down to the fact that Virgin River is a TV show, and the relationship between Jack and Mel has been far too perfect. Yes, they’re still dealing with Jack’s ex, Charmaine (Lauren Hammersley), who’s pregnant with his twins. And they also bicker about the idea of starting a family. But for the most part, Mel and Jack didn’t experience any major obstacles in season two, which leads me to believe that it’s only a matter of time before the writers throw us a curveball.

I’m not saying the baby isn’t Jack’s because, at the end of the day, everyone (even Netflix) wants a happy ending. However, I don’t see Jack brushing off Mel’s secret trip to the fertility clinic. Regardless of the results of the paternity test, Mel hid something from Jack that could drastically change the future of their relationship. Not to mention, he was unsure if he wanted any more kids. Will Jack be able to forgive Mel for making that decision without him?

Unfortunately, it’s too soon to tell. However, it’s not a terrible idea for Mel and Jack fans to start preparing for the worst.

OMG, This ‘Virgin River’ Star Was Once a Britney Spears Love Interest