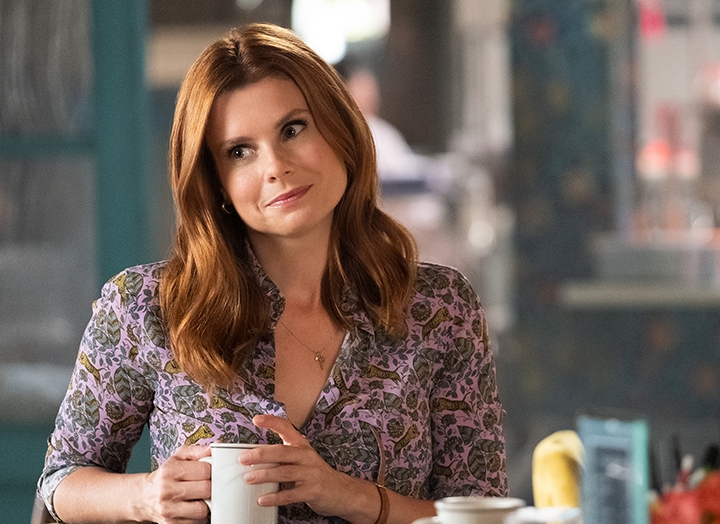 Ever wonder what the authors of books-turned-tv-shows really think about the small screen versions? Well, Sherryl Woods (author of the Sweet Magnolias book series) spoke candidly about the popular Netflix TV show﻿ a little while back.

In a 2020 interview with People, Woods revealed her thoughts on the actresses cast to play her beloved book characters. Turns out, she was more than delighted.

﻿﻿“I have been so fortunate with the casting," she told the outlet. “I think Jo-Garcia captures Maddie just right, and Heather Headley is the perfect Helen—this sort of a cross between dominant and strong and sure as a professional, but the vulnerabilities as a woman are there, too. And Dana Sue (Brooke Elliott) has a whole balance of those kinds of things, too.”

If you’re unfamiliar, Sweet Magnolias tells the story of three women—Maddie, Helen and Dana Sue—who were born and raised in Serenity, South Carolina. As adults, they’re dealing with several issues, like divorce, dating and entrepreneurship. The series, which wrapped filming its second season over the summer, is based on Woods’s first few books and draws on her real-life experiences with her girlfriends.

“It's interesting because I think that the show has stayed really true to the books on the big stuff,” she continued. “I mean, in terms of the community, in terms of these key characters, and so on. I have a group of friends that I've known for a number of years and we get together, not as often as they do, but we do get together for margarita nights from time to time. So it sort of became, for me, a symbol of friendship was this gathering around the margaritas.”

We can’t wait to hear what Woods has to say about season two when it drops.