During my nightly Netflix scroll, I recently stumbled upon Sweet Magnolias, which is a new series that just premiered on the streaming service about three South Carolina women. As someone who (admittedly) watches a lot of TV, I’m always skeptical when starting a show. It isn’t that I’m opposed to new story lines, but with so many options available on Netflix and Amazon Prime, I don’t like investing myself in a series that isn’t worth my time.

That said, I watched the first episode of Sweet Magnolias with an open mind, and here’s what I gathered. While it’s not for everyone (what show is?), I’m pleased to announce that it’s a total must-watch for anyone who’s a sucker for cheesy romantic dramas, like Hart of Dixie and Gilmore Girls (or anything Hallmark).

So, what is Sweet Magnolias about? And should you add it to your queue? Keep reading for all the deets. 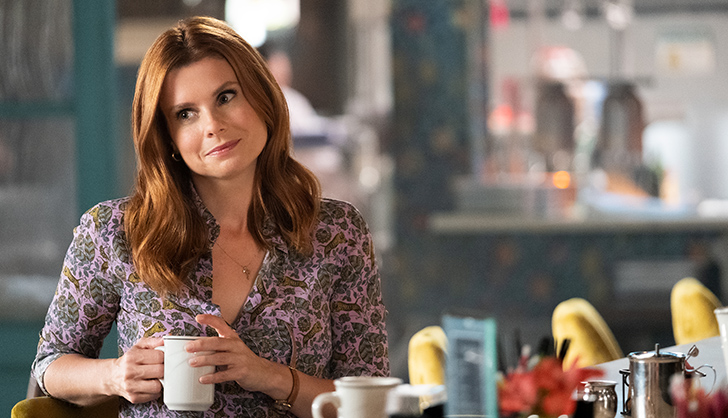 1. What Is 'sweet Magnolias' About?

Sweet Magnolias, which is based on Sherryl Woods’s book series, tells the story of three grown women who were born and raised in Serenity, South Carolina. The problem? They still reside there, which means they’re now facing all the same small-town dilemmas…as adults.

For example, Maddie (JoAnna Garcia Swisher) is recently divorced from her ex-husband, Bill (Chris Klein), who knocked up his nurse turned fiancée, Noreen (Jamie Lynn Spears). Not only is the entire town aware of Maddie and Bill’s separation, but they also can’t escape each other, since they share three children together, attend the same church, have the same friend group and, well, you get the idea.

There’s also Helen (Heather Headley), who really wants to start a family but hasn’t found that special someone. Although she visits a fertility specialist to discuss options, is now the right time?

Rounding out the trio is Dana Sue (Brooke Elliott), a restaurant owner slash chef who can be described as the glue that holds the group together. Of course, that doesn’t mean Dana Sue is without problems of her own, such as an employee who’s caught stealing from the restaurant’s liquor cabinet. 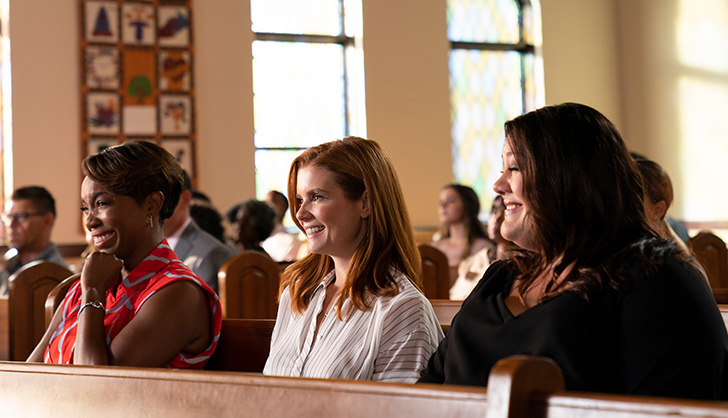 2. Should I Watch 'sweet Magnolias'?

In short, yes. However, I should warn that it might not resonate with everyone, especially if low-stakes television bores you to the core. Still, Sweet Magnolias is more than just a drama like Gilmore Girls, which didn’t require my full attention span. (I’m a total GG fan, but there’s no denying that skipping a few episodes here and there would minimally affect the story line.)

You see, the first episode of Sweet Magnolias leaves viewers with a very small cliffhanger: Will Maddie, Helen and Dana Sue renovate an old beloved landmark into a women-only wellness center slash spa? I don’t have to watch the next installment to know that’s exactly what they’re going to do. It’s clear the show will have a broader story line, in addition to the interpersonal relationships, and I was left wanting to know more.

For example, the episode concluded with Dana Sue spotting a hooded figure as she examined her car, which had been newly keyed. There’s also an interesting relationship between Dana Sue and her daughter, Annie (Anneliese Judge). While Dana Sue is Serenity’s number one fan, Annie doesn’t see the town in the same light. She even has an Instagram account dedicated to exposing Serenity’s not-so-great features.

Not to mention, the fact that Jamie Lynn Spears is pretty much playing an adult version of her Zoey 101 character is just icing on Dana Sue’s cake.

If you need me, I’ll be finishing what I started.