Guns, hostages, helicopters, grenades...it may not be your typical wedding registry, but those are just a few of the things that are featured in Jennifer Lopez and Josh Duhamel's new Prime Video rom-com, Shotgun Wedding (and if you couldn't already guess, that title is not a reference to our *usual* understanding of a “shotgun wedding”).

Instead, this action comedy directed by Jason Moore (Pitch Perfect) follows newlyweds-to-be Darcy (Lopez) and Tom (Duhamel), as they attempt to celebrate their nuptials on a remote island with their loved ones, only to have the special ceremony interrupted by a group of weapon-wielding pirates.

Thanks to its tropical setting and the action scenes that ensue, Shotgun Wedding feels similar to the 2022 hit rom-com The Lost City. But you know what The Lost City didn't have? Jennifer Coolidge (The White Lotus), who is a scene-stealer throughout, along with Lopez, who brings her usual brand of comedy.

Shotgun Wedding starts off on the night of Tom and Darcy's reception, as the couple works the room and tries to control the chaos of their families. But, while it seems like the evening is off to a good start, things takes a turn when Darcy's ex-fiancé, Sean (Lenny Kravitz), comes flying in on a helicopter as a surprise guest. Turns out Darcy's father (played by Cheech Marin) secretly invited Sean to the ceremony because they work together at the same company.

Soon, Tom starts to get jealous and he questions Darcy about the reasons that she ended her engagement to Sean. But, the return of old flames becomes the least of their problems when the following morning, a group of pirates surrounds the wedding party and takes everyone hostage. Luckily though, Tom and Darcy manage to escape, and what follows is a series of chaotic and comical hijinks, as the couple fights off the raiders who are demanding millions of dollars from Darcy's father. 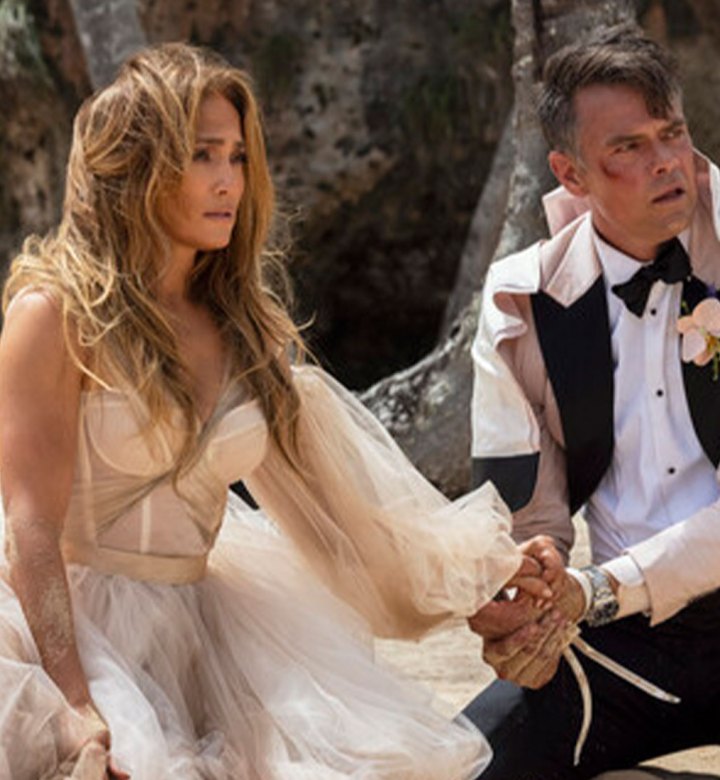 We won't spoil everything that happens here, but let's just say that Shotgun Wedding has a few tricks up its sleeve, so viewers will be left guessing until the very end. Sure, these plot points may be the movie's “something borrowed” (in that we've seen twists like this before), but it still makes for an entertaining ride.

And of course, with a plot like this, you can expect some outrageous moments (and a little bit of graphic violence), but if you go into this movie expecting Citizen Kane, well, that's on you. You'll just have to ignore some of the sillier aspects (like how J.Lo's character continually complains about borrowing her mother-in-law's “ugly” wedding dress, even though the gown is an absolutely stunning design that was custom-made by Galia Lahav's Sharon Sever for the film).

But despite this, Shotgun Wedding still features plenty of laughs. For example, we discover that Lopez's character faints at the sight of blood (which, as you might be able to guess, leads to some comical moments during the fight scenes). Then, Coolidge shines in every scene as Tom's mother, Carol. Whether she's crying about someone not RSVP'ing while the group gets threatened by their attackers (“I'm a mother—I can be upset about a lot of things at the same time”) or she comes bursting into Tom and Darcy's room the night before their wedding and remarks how Darcy “isn't wearing any pants,” it's hard not to giggle whenever she speaks. 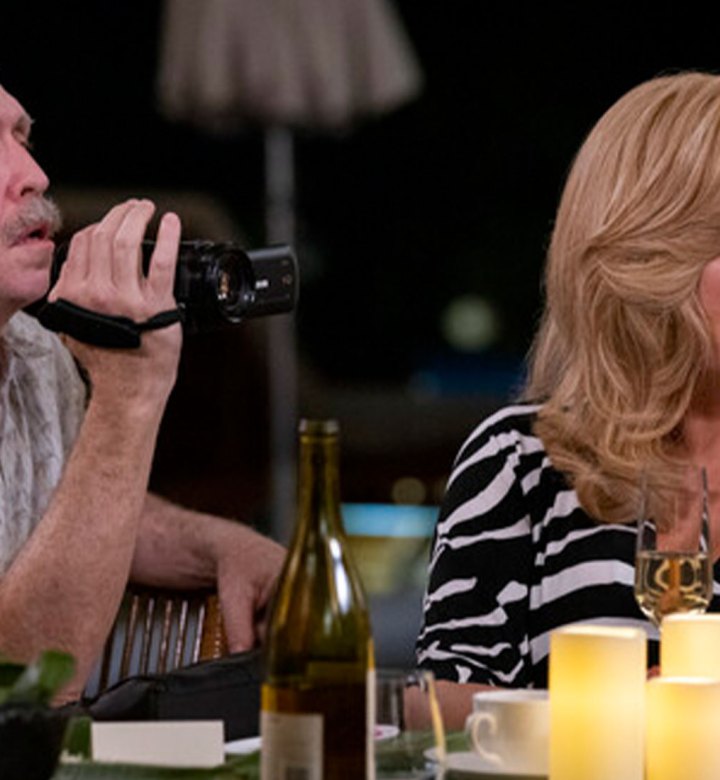 Shotgun Wedding may not be wildly groundbreaking, but it does feature enough laughs and enough thrills to keep viewers entertained for a romantic movie night. And since The White Lotus already wrapped its second season, we're just thankful that we're getting another dose of Jennifer Coolidge to start the year off right, along with another classic comedic performance from J.Lo. Shotgun Wedding streams on Amazon Prime on January 27.