When I walked into the theater to see M3GAN, I didn't know what to expect. Sure, I'd seen the memes of 4-foot tall blonde android dancing around while wielding a blade from a paper cutter. But would it be any good?

Over the holiday season, a trailer for the movie popped up on the screen and my mom turned to me and said, “That looks terrible.” But thanks to early previews, M3GAN became a viral sensation because, well, it did look ridiculous. In a word that's become overused, it seemed utterly “camp.”

The gist of M3GAN is simple: when young Cady (Violet McGraw) loses both of her parents in a tragic car accident, her tech-savvy, toy-designing aunt, Gemma (Allison Williams), takes her in and gifts her with one of her latest inventions—a lifelike doll named M3GAN (short for Model 3 Generative Android) that learns and responds from her master and will do *anything* to protect her (even if it means manslaughter).

With a silly-enough premise and a titular character that looks like Chucky dressed as a Gossip Girl character, I was all in. However, I was totally unprepared for the emotional rollercoaster M3GAN took me on. Not only was this thriller full of jokes and full of scares, but it was surprisingly full of tenderness too (all the while avoiding cheesiness). It leaned into its absurdity. Did a movie about a killer doll make me tear up and cackle all in the same breath? Yes, yes it did. It may only be January, but I am positive M3GAN will be one of the best films I'll see in 2023.

M3GAN is a warning tale, and its takeaways seem pretty obvious for viewers who grew up in the age of technology. It's an allegory for how we as a society are increasingly reliant on tech as a source of escape, but also, as a source of distraction from the things in our life that we can't handle.

Throughout the movie, Gemma uses M3GAN as a way to ease her transition into becoming a guardian to her niece. Meanwhile, Cady uses her new “toy” as an emotional bolster that helps distract her from the loss of her parents. In both cases, their dependency on M3GAN only forces them further apart.

Now, there have been plenty of recent movies that flirt with the idea of getting too attached to our tech (remember Her, where Joaquin Phoenix falls in love with his virtual voice assistant?). But for a full-out horror flick, M3GAN chooses to really tug at the heartstrings too. 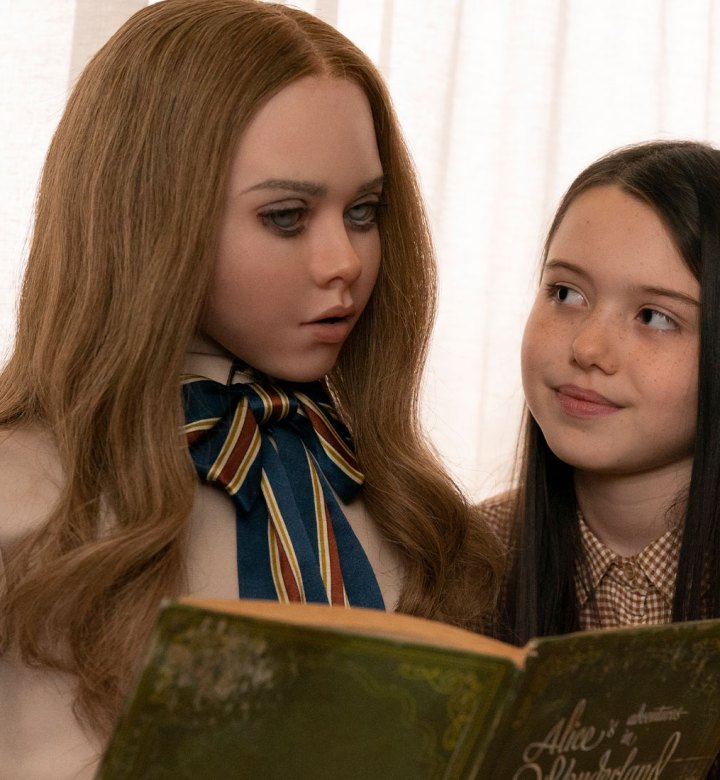 There are particularly affecting moments, like when Cady tells M3GAN that she's afraid she is going to forget the memories she has of her parents, or when she talks about the experiences and the traditions they shared together. But thankfully, the movie never gets bogged down in melancholy, and there's a masterful mix of the sad and the funny.

For instance, while Cady cries to M3GAN about missing her parents, she says she has one great memory of her mom...when she got scared by a bug. “That was pretty funny,” she simply declares. While the viewer thinks she'll reveal a more tender memory, we're surprised with a joke. You never know what to expect while watching M3GAN, which makes it all the better. Meanwhile, you're never prepared for M3GAN's uproarious lines, like, “Couldn’t sleep. Occupational hazard,” or, “You know what happens to bad boys that don't mind their manners? They grow up to be bad men.” 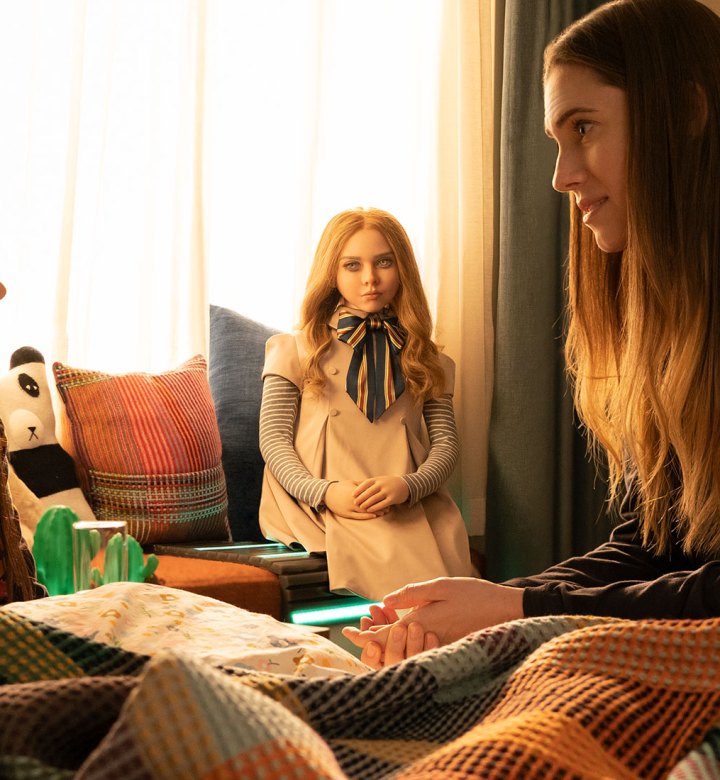 In 2023, there are already a number of highly-anticipated horror movies on the way (Scream VI arrives in March and the popular X franchise is getting a third installment titled MaXXXine). But, it feels to me that we've already gotten the horror movie of the year with M3GAN.

I laughed, I cried and I screamed along with everyone else in that theater. I honestly wasn't sure what I was getting myself into with M3GAN, but I certainly had no idea that it would be one of the most emotionally complex films I'd seen in a while (and just simply a blast). Those audience reactions could give Marvel a run for their money.

Due to the success of M3GAN, it's already been confirmed that there will be a sequel in 2025, and I'll be anxiously awaiting the next installment. Until then, I'll be keeping a close eye on any dolls I pass in the store.