Jennifer Coolidge Is Finally Getting the Awards Recognition She Deserves...So, What Took So Long?

“You’ve given me a new beginning,” Jennifer Coolidge proudly declared to Mike White (the creator of The White Lotus) as she stood on stage on Tuesday at the Golden Globes. The ceremony certainly included one major new experience for the 61-year-old actress: a win, the first Globe of Coolidge’s nearly 30-year career. During an awards night filled with the likes of Brad Pitt, Coolidge was by far the most talked about and the most celebrated. 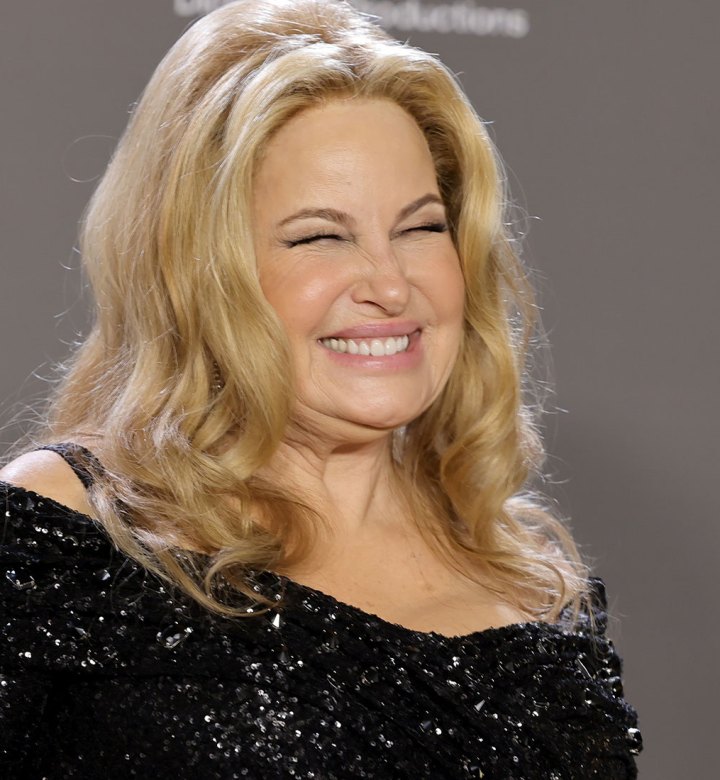 The icon who famously tested out the “bend and snap” in Legally Blonde and who comically made Hilary Duff's life a living hell in A Cinderella Story has recently become a decorated star, thanks to her turn as the forlorn, über-wealthy Tanya McQuoid on The White Lotus. For those keeping score, the part has now earned her a Golden Globe, an Emmy and a Critics’ Choice Award. Unfortunately though (spoiler alert!), the season 2 finale seemingly marked the close of Coolidge's time on the show, as her character tumbled to her death in the season’s final moments. “This is the end, because you did kill me off,” Coolidge jokingly added in her remarks to White.

However, while Coolidge may officially be checked out from those chaotic resorts, her latest role marked a shift in her career…and we’re not just talking about prestigious prizes. As Coolidge noted in her speech: “It doesn’t matter because even if this is the end, [Mike’s] changed my life in a million different ways. My neighbors are speaking to me—things like that.”

We can always expect a laugh from Coolidge, whether she's on screen playing flashy, larger-than-life characters, or she's talking to the press and pulling out one of her brazen personal anecdotes. But, on and off screen, she also manages to imbue subtle emotion into her humor, a talent which, until recently, has gone mostly unnoticed by the mainstream (more on that in a minute). So, the question remains: Why has it taken so long for Coolidge to be formally recognized by an organization like the HFPA, or to be acclaimed for a role like that of Tanya?

All throughout her career, Coolidge could be called a “character actor,” which is typically defined as “an actor who plays unusual, strange, or interesting characters instead of being one of the main characters.” Due to her frequent supporting roles, the Boston native has come to be seen as a comedic salve, but never the main star.

But that's not to say that character actresses are always disregarded. Look at Allison Janney, who nabbed an Oscar for her I, Tonya role in 2018, and collected Emmys for her parts in Mom, Masters of Sex and The West Wing. Think of Margo Martindale, who boasts 3 Primetime Emmy wins for her parts on The Americans and Justified (and was even endearingly referred to as “Character Actress Margo Martindale” when she played herself in the animated series BoJack Horseman).

Still, Coolidge's legacy feels different than other stars who fit into the same category. Throughout her career, she's often played campy, outrageous and fabulous characters, which are not ones that panels of judges tend to honor. However, there have been those who have stayed devoted to her.

“For some reason, [the gays]—they’re always obsessed with me,” Coolidge winkingly says in the holiday film Single All the Way. This meta line of dialogue rings all too true, and is meaningful in the context of her career. While she may not have gotten those Oscar or Emmy noms in the past, the Best in Show star remained an icon within the LGBTQ+ community. And let's not forget that many icons and trends within the queer community have been historically seen as too over-the-top to be taken "awards-show" seriously (think Emma Roberts's iconic performances in Scream Queens and American Horror Story or Cupcakke's campy, unblushing songs which have been critically acclaimed but unrecognized by institutions like the Grammys). 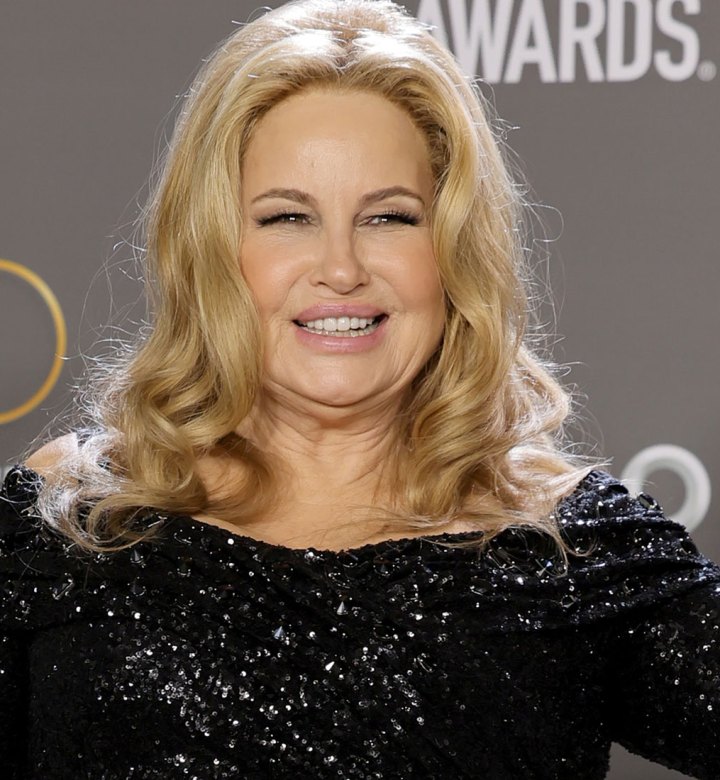 Now, there are a few different factors that seem to be contributing to Coolidge’s sudden awards sweep. For starters, The White Lotus has been acclaimed since its debut and it's been winning big at nearly every award show where it's been nominated. This is a first for Coolidge, who often nabs parts in rom-coms, which typically get less attention from critics (don't even get us started on that).

On the other hand, Coolidge’s portrayal of Tanya has become a viral sensation on social media, with quotes and clips of her performance being splashed across Twitter, Instagram and more (especially within LGBTQ+ circles). It's been a month since the second installment of The White Lotus ended, but it's practically impossible to go online without seeing someone using that image of Tanya saying: “These gays, they're trying to murder me!”

As award shows drop in ratings and fight to remain relevant to younger audiences, voting panels may be keeping their eyes on social media more closely than we assume, paying attention to the stars who give powerful performances and who appeal the most to viewers. It would especially make sense given that social media is what drives a good chunk of the traffic around award shows these days. And while these memes may be most popular with the gays, Coolidge's appeal has become universal.

“Please! These gays…they’re trying to murder me!” is the best line of dialogue on tv this year.#TheWhiteLotus pic.twitter.com/kkXRDTumWp

Likewise, while users love quoting Coolidge on social media, there are a number of queer creators from within the industry who have shone a light on her talents as well. Besides White, Coolidge also thanked producers Ryan Murphy and Michael Patrick King in her Golden Globes speech, along with the other people (like Reese Witherspoon) who have promoted her and her work.

Creators like Murphy and White have used their platform to highlight the work of strong character actresses for years, like Coolidge, Martindale, Natasha Rothwell, Frances Conroy, Connie Britton and so many more. But in these roles, the stars are also given more space to flex their talents. “I feel like the coach asked the other actors to let me dribble the ball more,” Coolidge told Variety about her part on The White Lotus. “I get to shoot now.”

At this point, Coolidge may still be playing supporting roles, but people are finally starting to realize that she’s the true star player. Along with the laughs, Coolidge can yank the emotion out of an audience just as easily, and thanks to The White Lotus, she feels more comfortable to do so, as proven by her Golden Globes speech too: “I had such big dreams and expectations as a younger person,” she confessed. “But what happened...they [got] sort of fizzled by life or whatever.”

Finally, after being funny for years, Coolidge is laughing all the way home with her awards in tow and now those dreams she referenced can only continue to get bigger. We can't wait to see what she does next...let's just hope Hollywood can keep up.

Want all the latest entertainment takes sent right to your inbox? Subscribe here.