There’s no denying that Jennifer Coolidge is one of the funniest women in Hollywood. Since the ‘90s, she’s been making us laugh with comedic roles in films like American Pie, Legally Blonde and Zoolander. Now, she’s taking the entertainment world by storm with her popular HBO series, The White Lotus. And though we’ve learned quite a bit about Tanya McQuoid's love life on the series, we want to know more about Jennifer Coolidge's dating history IRL.

Keep reading for deets on the actress’s romantic history.

The actress’s relationship status hasn’t been confirmed—and based on her responses to previous dating-related questions, she intends to keep this part of her life private.

For instance, during a press interview at the 2022 Emmys, Access asked who she’d want to shoot her shot with. Her clever response? “Well, I was very excited about somebody—I can’t say their name—but I found out today he’s dead,” she said.

She previously discussed how the movie American Pie influenced her own dating habits. When she appeared on Watch What Happens Live with Andy Cohen in 2020, she said, "I have to say the movie has helped me out in a lot of ways. There's always someone who has seen that movie lately, and so then you get a whole new group of young guys. I'm single, so I'm really using it to my advantage." 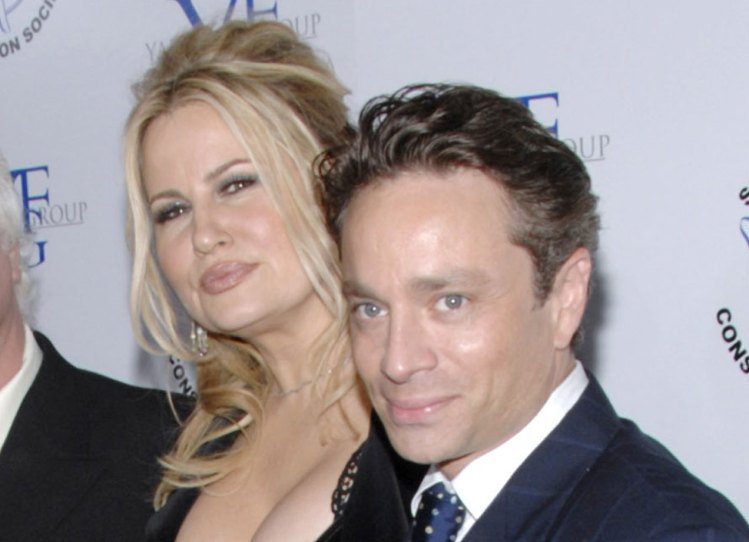 2. Coolidge was in a relationship with Chris Kattan

Per Nicki Swift, Kattan confirmed in his 2019 memoir, Baby Don't Hurt Me, that he’d fallen head over heels for Coolidge, his A Night at the Roxbury co-star, during the late 90s. He wrote, "Jennifer Coolidge was a tall, messy, sexy, tough, charmingly crass Boston native bombshell." Although they never confirmed a relationship at the time, dating rumors began to circulate in 2001, when they were photographed together on multiple occasions. However, Kattan noted that their relationship eventually fizzled out after hitting a rough patch.

3. She was also romantically linked to Tom Mahoney

Although there’s no indication of this on her social media feeds, Coolidge was rumored to have married a man named Tom Mahoney. Some fans were even under the impression that they secretly welcomed two children—but again, since none of this has been confirmed, we’re gonna assume that they’re nothing more than rumors.