Fans may know Sheryl Lee Ralph from her most recent role in the ABC comedy series, Abbott Elementary. She currently plays Barbara Howard, one of the more experienced teachers at the Philadelphia public school ﻿where the show takes place.

Though she’s often labeled ﻿as old-fashioned and strict by the younger teachers, Howard has a lot of love for her students. Prior to landing a part on the breakout show, the 65-year-old Ralph has been active in Hollywood for decades.

Keep scrolling to find out what other ﻿major projects she has starred in over the years. 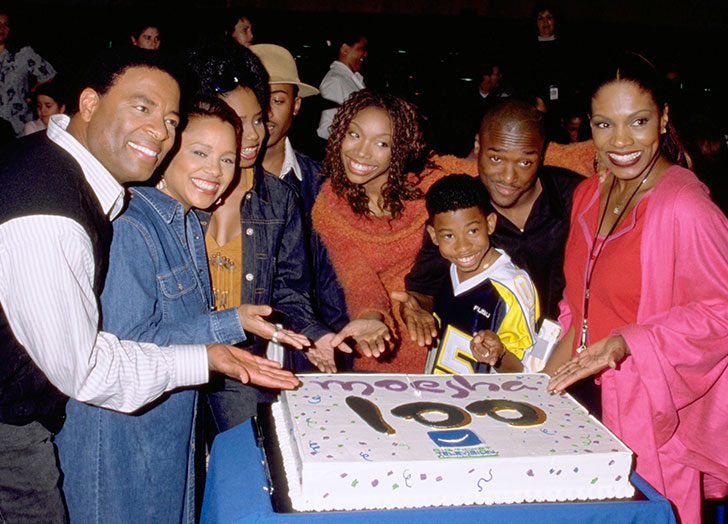 On the popular sitcom Moesha, Ralph played our favorite high school principal, Dee Mitchell. She was a strong-willed and outspoken woman who married Moesha’s father, Frank (William Allen Young). At the start of the show, Dee was simply a stepmother to Moesha (played by Brandy), who tragically lost her mother at a young age. But, as the show progressed, Dee and Moesha forged a bond that was just as strong as ﻿that of mother and daughter.

2. She Played Deena Jones In The Original Broadway Cast Of ‘dreamgirls’

Before Beyoncé took on the role of Deena Jones, Sheryl Lee Ralph truly embodied the gifted singer in the 1981 Broadway musical, Dreamgirls. Her outstanding performance earned her a Tony Award nomination for Best Actress in a Musical. Even after all of these years, Ralph still looks back on that experience fondly.

In an exclusive interview with Ebony Magazine, she talked about the impact the project had on her career. “The legacy of Dreamgirls is a wonderful one. To be a part of American theater history and to have been a part of something that I actually contributed to with my real talent is so wonderful,” she said. “For me, it’s important to hold on to the legacy so that people know that before the movie there was Dreamgirls, the Musical, and that gave birth to the movie.”

3. Ralph Played Lauryn Hill’s Mother In ‘sister Act 2: Back In The Habit’

While still on Moesha, she starred in the musical comedy Sister Act 2: Back in the Habit. The 1993 film served as a sequel to the original, which also starred Whoopi Goldberg. Ralph played the role of Florence Watson, the mother of Rita Louise Watson (Lauryn Hill).

Even though the movie premiered in the early ‘90s, people still quote it today. In an interview with The AV Club, Ralph recounted the moment a person referenced the film in her first group rehearsal for Wicked, where she played Madame Morrible in 2016.

“When I get there for the first group rehearsal, they all freak out,” she said. “And I was thinking, ‘What the hell?’ They all start reciting the scene: ‘I SAID THE CHOIR IS OUT.’ I had no idea! And they all just went in on Sister Act 2.”

Sheryl is a true talent.