If I could only watch one movie for the rest of my life, then it would probably be Rodgers & Hammerstein’s Cinderella.

I fell in love with the movie from the moment I first watched it, when I was about 10 years old. Having read books and watched movies about the original Disney princesses, I’d already bought into the idea that these royal characters were supposed to have fair skin and silky hair. In fact, the mere idea of a Black girl being a princess was so foreign to me that I could never truly imagine myself sporting a tiara and living like royalty.

But then came the remake (it was originally written for TV back in 1957) of Rodgers & Hammerstein’s Cinderella—the groundbreaking, Emmy Award-winning film that would make history as the first Cinderella adaptation to feature a racially diverse cast. From the addictive musical numbers to the colorful costume design, I was instantly enthralled. But more importantly, for an hour and 40 minutes, I got to live in a world where Black princesses were real, and where majestic queens could have dreadlocks and rich, dark skin.

Simply put, this movie made me feel seen and, suddenly, the idea of being a princess myself didn't sound so...impossible. It's why I proceeded to watch the musical on VHS at least a dozen more times (and why the music still gives me all the feels to this day).

In honor of the film’s 25th anniversary, keep scrolling to see why Brandy's Cinderella is (and will always be) the best remake of a princess story. 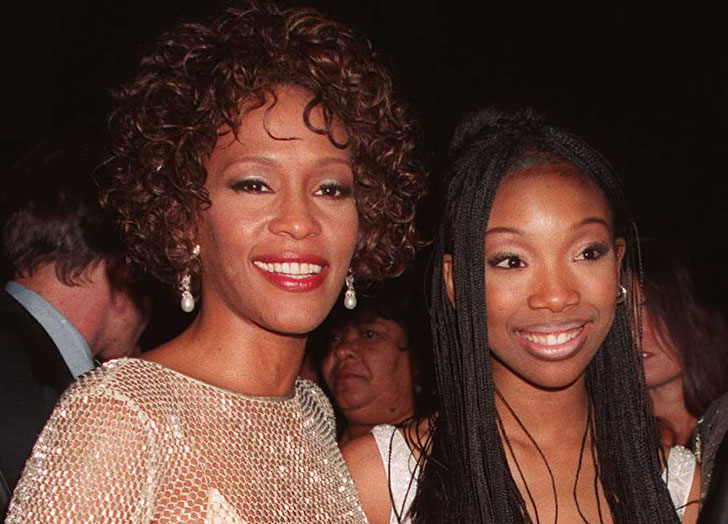 Believe it or not, the popular remake of Rodgers & Hammerstein’s Cinderella was all Whitney Houston's idea. After seeing the success of the 1993 film adaptation of the musical, Gypsy, Houston approached the movie's producers and pitched the idea of starring in a similar retelling of Rodgers & Hammerstein's Cinderella. But when the project finally started production for ABC, Houston felt she had outgrown the part. So instead, she offered the lead role to Brandy while opting to play Cinderella's dazzling Fairy Godmother.

From the get-go, it's easy to see that Houston was born to play this role. She was radiant, dominating every scene with her powerful vocals, big hair and glittery gold gown. She oozed confidence and positivity whenever she spoke. She was the ideal balance of grace and sass. I'm pretty sure that every young girl who watched this film looked up to her as an iconic fairy queen.

2. It Features a Diverse Cast

In the late '90s, seeing a Black Disney princess with waist-length box braids was already a major historic moment, but of course, it didn't end there.

There's the Black queen (Whoopi Goldberg) and her white husband (Victor Garber), who both share a Filipino son, Prince Christopher (Paolo Montalbán). Then there's Cinderella's white stepmother (Bernadette Peters), who has two birth-daughters of different races: Minerva (Natalie Desselle), who is Black, and Calliope (Veanne Cox), who is white. As a young girl, seeing this blend of different races within the same family struck me as a bit odd (and so did Prince Christopher's apparent color-blindness while searching for the real Cinderella). But even so, it didn't really matter, because for the first time, I, a kinky-haired, dark-skinned girl, could finally see myself represented in a Disney fairy tale. And that was a pretty huge deal.

According to a Variety article from 1997, Houston explained, "Our production, unlike all past TV musical extravaganzas, has a rainbow cast. Cinderella is about dreaming and I want my daughter and all children of every color and nationality to know that their dreams can also come true."

3. Cinderella Is Written as a Powerful Heroine

We all know how the original story goes. After enduring the cruelty of her evil stepmother and stepsisters, Cinderella, a damsel in distress, gets to meet (and fall for) Prince Charming with the help of her fairy godmother. In this remake, however, Cinderella is a bit more complex. She's got an active imagination and a knack for bringing out the good in people. But more importantly, she has hopes and dreams that go far beyond attending a lavish ball, as evidenced in her rendition of "In My Own Little Corner." And when her Fairy Godmother comes along, Cinderella comes out of her shell, transforming into a stronger heroine who's more mature, confident and independent.

4. The Music Is Incredible

If you've ever watched this film in its entirety, then you'll understand why the song "Impossible/It's Possible" became my personal power anthem. It actually managed to convey my exact sentiments after watching this film—that yes, it is possible for me to be a princess!

But aside from the film's iconic theme, there's "In My Own Little Corner," which undoubtedly encouraged creative and ambitious young girls everywhere. Then there's "The Sweetest Sounds," a passionate duet between Norwood and Montalbán that gives all the feels. And of course, we can't forget the fabulous Peters's "Falling in Love With Love," a musical number that can bring out every person's inner diva.

5. It Paved the Way for Future Minority Actors

Disney is in the process of rolling out quite a few live-action remakes, and it looks that they're making a conscious effort to make these films more diverse and inclusive. For instance, Chloe x Halle's Halle Bailey will be starring as Ariel in the live-action remake of The Little Mermaid. Yara Shahidi will be making history as the first Black Tinkerbell in the Peter Pan remake, Peter Pan and Wendy﻿. And of course, we can't forget about the 2021 remake of Cinderella, starring Camila Cabello as Cinderella and Billy Porter as her Fairy Godmother.

Although these castings mark a major shift in the right direction in terms of representation, it's safe to say that Rodgers & Hammerstein's Cinderella helped lay the foundation. Brandy and Houston's portrayal of the classic characters opened doors for so many more minority stars to play traditionally white roles, and for that, the film deserves all the credit.

The Definitive Ranking of Every Disney Princess