Netflix’s ‘Wednesday’ Series Is a Dreadful Delight, Thanks to Jenna Ortega’s Pitch-Perfect Performance

Within the first five minutes of Wednesday—Netflix's brand-new series that focuses on the iconic Addams Family character —we see the titular figure (played by the fabulous Jenna Ortega) drop two batches of piranhas in a swimming pool during a water polo practice, as an act of revenge against members of the team after they stuff her brother, Pugsley (Isaac Ordonez), into a locker. When Wednesday is then kicked out and sent to a boarding school, her mother Morticia (Catherine Zeta-Jones), says of one of the players: “That boy's family was going to file attempted murder charges. How would that have looked on your record?” To which Wednesday responds, “Terrible...everyone would know I failed to get the job done.”

This is the kind of dark, clever and surprising humor that's come to be associated with a character who's been portrayed by Christina Ricci, Chloë Grace Moretz, Lisa Loring and so many more. But in Wednesday, Ortega gives the titular role new depth, while still bringing the laughs thanks to her brooding performance (although be warned, because her antics are definitely too gruesome for young viewers). Among a star-studded cast, Ortega steals the show and makes Wednesday a riotous experience throughout the whole first hour-long episode.

In case you were unaware, the Addams Family originated back in 1937, when cartoonist Charles Addams developed the idea of a macabre family that tries to blend in with modern society, and his comics depicting these characters started appearing throughout editions of The New Yorker.

Since then, the fictional family has become a cultural phenomenon, with multiple television shows, film series, video games and more exploring the world of the ghoulish Addams clan. And now, Wednesday zeroes in on perhaps one of the most beloved characters, exploring the layers of a young girl who seemingly relishes in her sadistic tendencies and grim thoughts. However, in Wednesday, she must try to stick to her instincts and decide what really matters to her, all the while navigating the perils of Gen Z tweendom (like maintaining an Instagram aesthetic or doing TikTok dances—two things Wednesday has no interest in whatsoever). 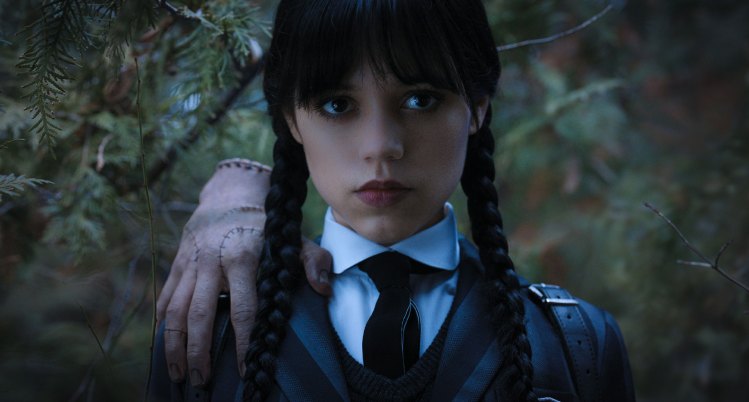 While we may have seen many iterations of Wednesday over the years, Ortega keeps things fresh. She maintains the character's terrifying demeanor and unsettlingly even-keeled way of speaking, while also surprising us with moments of fragility and vulnerability. Following her winning turns in recent horror flicks like X and Scream (2022), Ortega is quickly becoming a certified Scream Queen, and Wednesday only solidifies her talent in the genre. But, the series also leans into murder mystery and sci-fi/supernatural elements as well, which keeps things interesting.

Meanwhile, Wednesday was directed by gothic visionary Tim Burton, along with Alfred Gough (Smallville) and Miles Millar (Spider-Man 2). This trio, along with the rest of their team, help to craft a world that is eye-catching and deliciously grim, which perfectly fits Wednesday's aesthetic. Not to mention, Ortega is joined by a stellar cast, including Zeta-Jones and Ordonez, as well as Riki Lindhome (The Big Bang Theory), Luis Guzmán (Narcos), Fred Armisen (Portlandia) and Gwendoline Christie (Game of Thrones). Best of all: Ricci makes a surprise appearance in the series, over 30 years after she won over audiences as Wednesday. 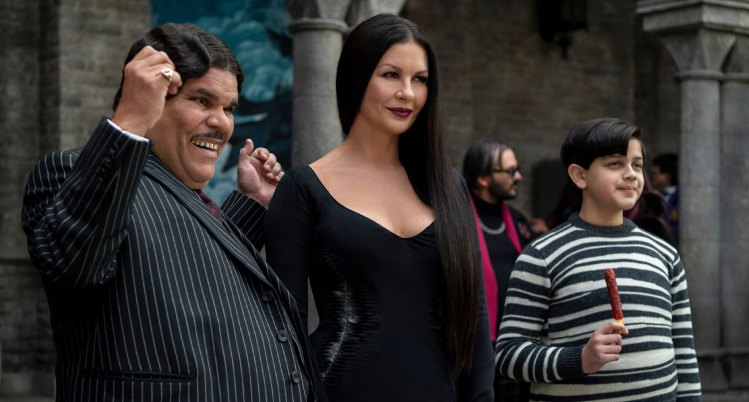 Thanks to Ortega's total commitment to the role, as well as the impressive cast, the creepy atmosphere, the funny one-liners and the winks to past Addams Family adaptations, Wednesday is an exciting new project from Netflix and a highly-enjoyable watch.

However, as previously stated, parents of young kids should be warned that this series contains gory scenes that are definitely too graphic for young viewers, and this show is not in the same vein of the recent animated films The Addams Family (2019) and The Addams Family 2 (2021). But, teens are sure to love the spooky series, and it can be equally enjoyed by adults, even if it's your first foray into the Addams story. 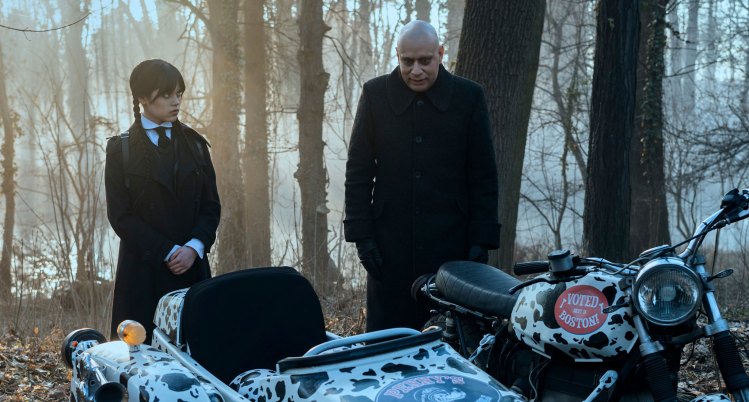 Those who have been longtime fans of the Addams Family, or those who merely want to see Jenna Ortega shine, will be equally impressed by Wednesday, which maintains all the things we've come to love about the fearsome titular character, but also adds interesting new depth that will keep viewers intrigued.