You might be thinking, “What’s the catch?” But there isn’t one. Unlike Apple.com, which requires a credit card that will be charged if you forget to cancel, the Free Subscriptions at Best Buy do not require any additional/accompanying purchase, so you can sign up with no strings attached.

If you do, you’ll get access to Apple’s roster of subscriptions. This includes the brand’s streaming service Apple TV+, which is home to must-watch movies and shows—like Ted Lasso. 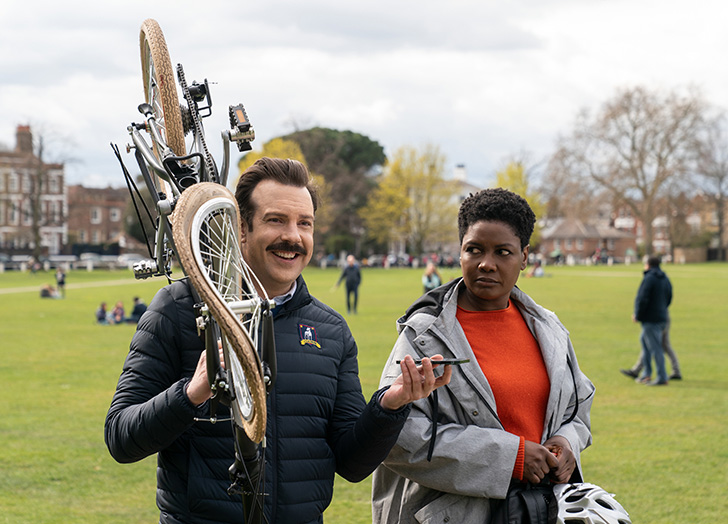 The comedy series tells the story of Ted Lasso (Jason Sudeikis), an overly enthusiastic American college football coach who accepts an offer to lead AFC Richmond, a mediocre Premier League soccer team in the U.K. Despite their 40-year losing streak, Ted is determined to rewrite their underdog story.

While you patiently wait for Ted Lasso season 3, be sure to check out other Apple TV+ originals, like Barry, The Boys, Physical, Severance, Prehistoric Planet, Servant and For All Mankind.

If Best Buy’s Apple campaign sounds familiar, it’s probably because it launched earlier this year before ending on May 25. It’s back by popular demand for a limited time only, so be sure to sign up before the deal ends on July 30.