As a Korean American woman who grew up in the deep South, I am no stranger to racism. However, it wasn't until the start of the pandemic that I ever truly feared for my safety or questioned my belonging in this country I've called home since birth.

According to Stop AAPI Hate, a national coalition that tracks incidents of violence and discrimination against Asian American and Pacific Islanders, there have been more than 10,000 reported hate incidents against AAPI persons between March 19, 2020 and December 31, 2021 (with a noticeable increase between the two years). While these numbers are staggering, I am sadly not surprised to see them given the number of xenophobic attacks I've witnessed even within my own circle of friends and family over the past year.

The ongoing attacks have been deeply unsettling and, at times, I've felt hopeless and uncertain about how to move forward without shrinking or hardening myself. Then I remembered why I got into this industry in the first place. When I became a beauty editor more than eight years ago, it was a decision that was largely based on my desire to connect with people through the seemingly surface-level world of makeup and hair.

Yes, the discovery of new products was fun, but what really drew me to this industry was the way it allowed people from all walks of life find common ground.

There is no denying that beauty is powerful on a personal level for many of us. But collectively, the industry is an even more influential space. I say this as much as a reminder to myself as I say it to anyone who is reading this: We all have the ability to affect change through what we choose to share and consume, and we can simply start where we are.

As someone whose job entails scouting the very best of beauty for people, I wanted to take this time to highlight some truly exceptional beauty brands that are also Asian-founded and owned. Knowing their stories and supporting their businesses is just one way you can help the Asian American community right now, because in the wake of this global pandemic and the continued fight for Black lives, it’s becoming increasingly evident that the only way forward is together. 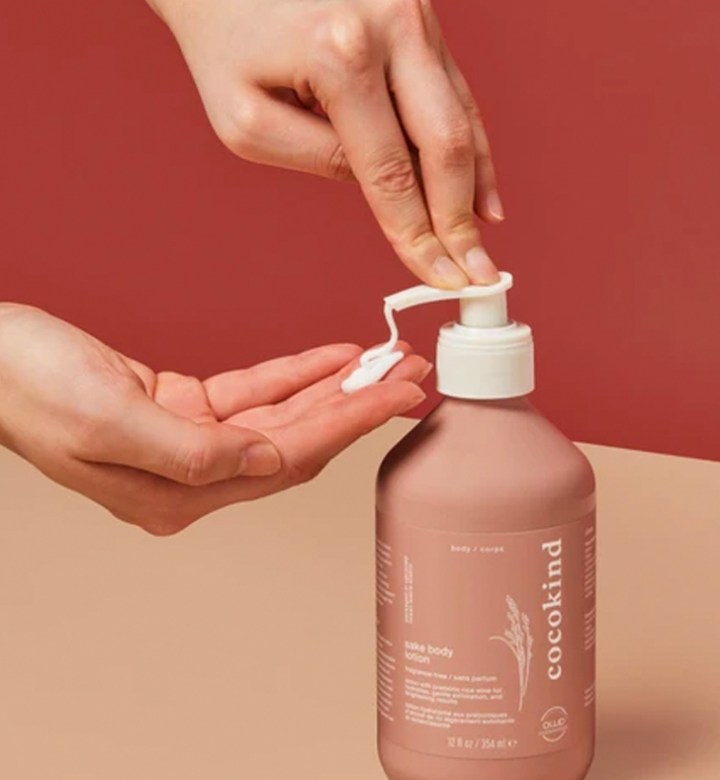 Founded in 2014, cocokind has quickly gained popularity as a go-to skincare brand for all ages thanks to its high-quality formulas and accessibility. Rooted in sustainability, affordability and inclusivity, the brand began its journey in a single Whole Foods store in northern California (which CEO and founder Priscilla Tsai made happen by hand delivering samples of early products to regional buyers). It has since evolved into a fast-growing direct-to-consumer business that you can also find at other national retailers like Target, Anthropologie and Ulta.com. 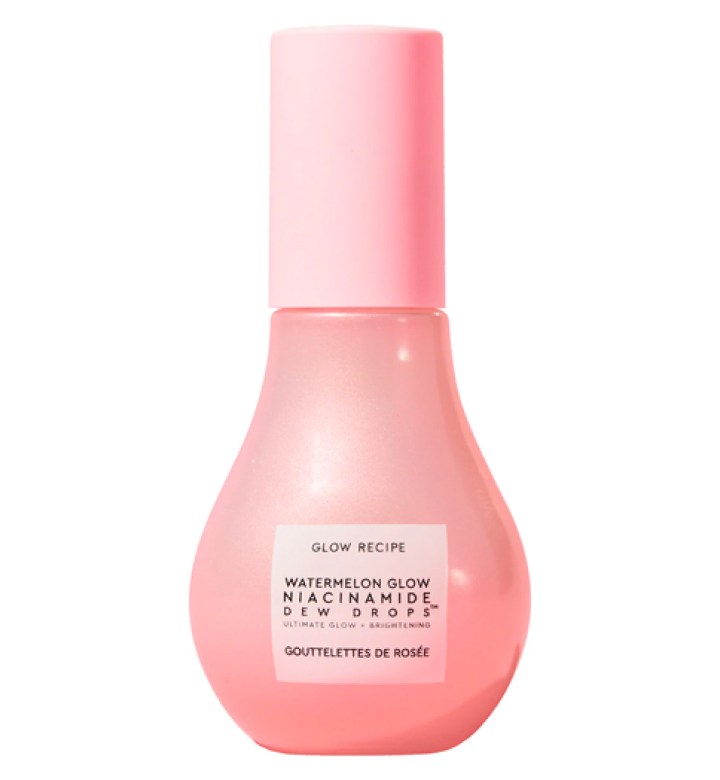 It seems 2014 was a big year for beauty startups, as the next brand we’re about to spotlight was also founded that year. Two friends and former L’Oréal colleagues, Sarah Lee and Christine Chang, started Glow Recipe as a way to bridge the gap between Korean brands and their newest audience: all of us here in the States.

By leveraging their bicultural and bilingual backgrounds, the duo made K-beauty more accessible to the U.S. consumer through education and curation before eventually launching their eponymous skincare brand (which you’ve likely come across in your local Sephora). Glow Recipe has since evolved to become a leader in the space with their fruit-forward ingredients, sensorial textures and scents, and always shelfie-ready aesthetic. 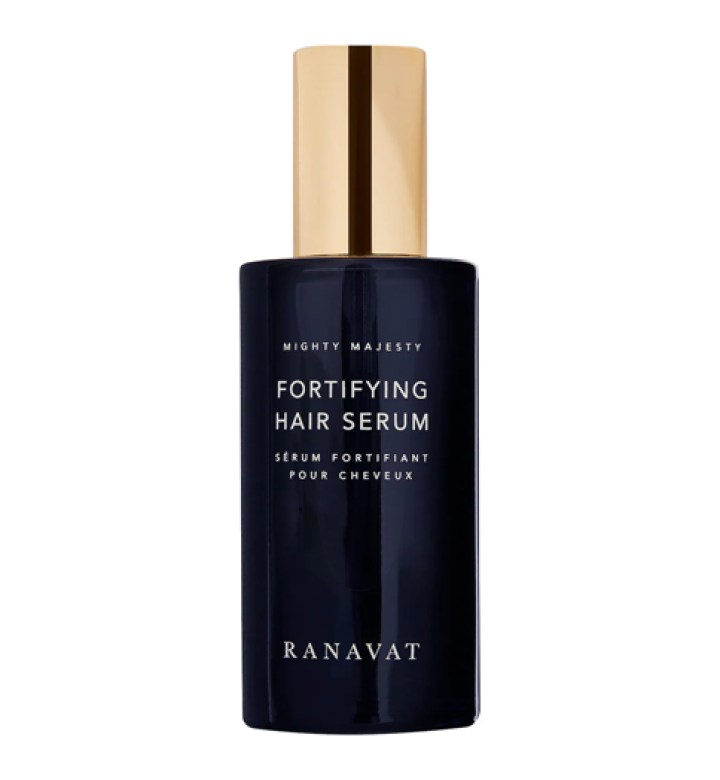 As of this year, Ranavat is the first South Asian-founded Ayurvedic skincare brand to launch at Sephora. As founder Michelle Ranavat shares on the brand's site, the luxury line "was inspired by the elevated level of self-care in India and their devotion to ritualistic daily practices." Using the utmost care in sourcing ingredients, which are then methodically extracted and preserved to retain their maximum benefits, Ranavat is intentionally slow and steady when it comes to their launches. This attention to detail can be seen and felt throughout the entire line. From the sleek glass packaging that houses their serums and crémes to the silky textures of the formulas themselves, the brand creates a sensorial experience from start to finish. 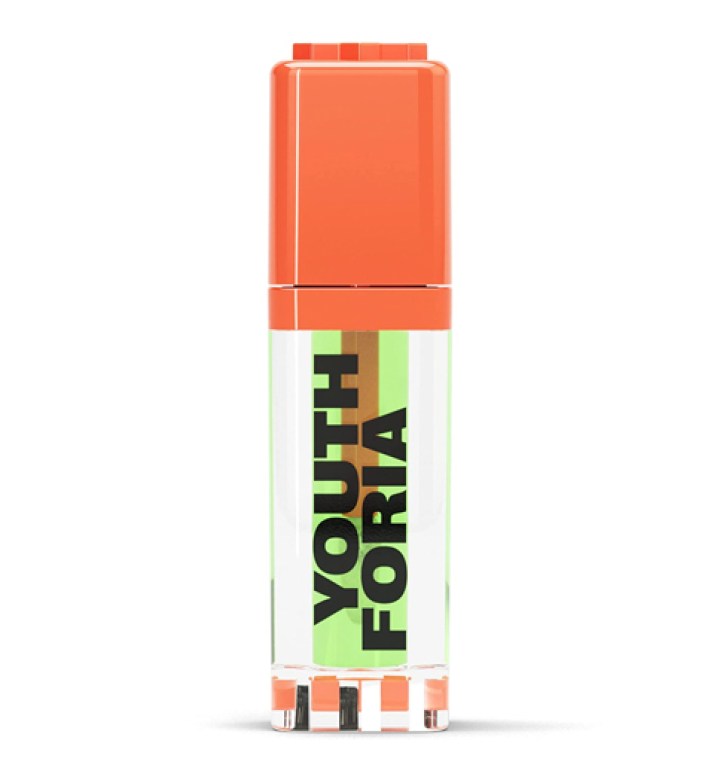 If you're on #BeautyTok at all, you've likely seen Youthforia's color-changing blush before. The beloved brand is certainly no stranger to trending on the platform, thanks to its fun packaging and high-performing products. Founder Fiona Co Chan, who is Chinese-Vietnamese American, built the brand while living in Hong Kong, where she was inspired by the beauty culture there. As such, all of the products in the line pull from Asian practices, including their Skin Chi Complex, which was inspired by Tai Chi and aids in boosting blood circulation. 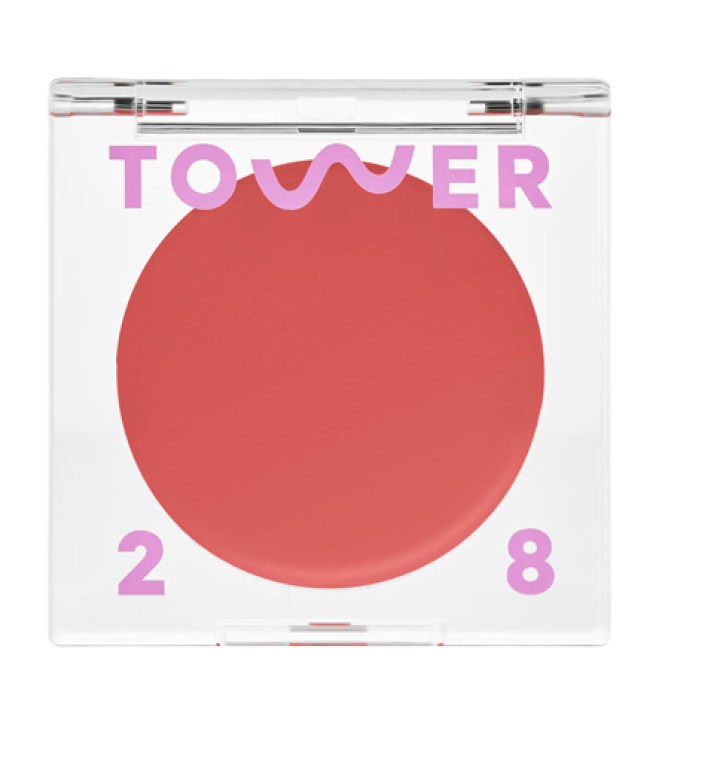 This clean beauty brand has made quite a splash since its initial launch in 2019. Founded by Amy Liu, a second-generation Chinese American mother of three, this industry veteran cut her teeth working at brands like Smashbox and Kate Somerville before starting Tower28.

The highly photogenic products are also some of the gentlest we’ve ever used. Rigorously tested for any potential irritants, each product adheres strictly to the National Eczema Association’s ingredient guidelines without compromising on performance or pigment. 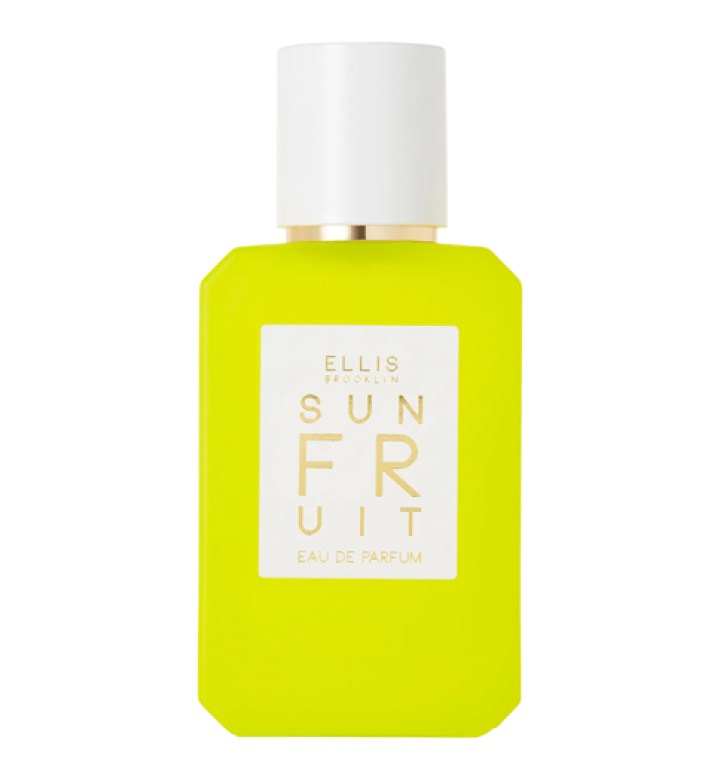 Veteran New York Times beauty columnist Bee Shapiro started Ellis Brooklyn while she was pregnant with her first daughter, Ellis. Unable to find clean, sophisticated fragrances to use during this time, she decided to create her own using a blend of natural and safe synthetic ingredients that are rigorously tested against global standards and formulated with renowned perfumers like Loc Dong and Jérôme Epinette. The result? Stunningly complex scents that will have friends asking what you're wearing every time. 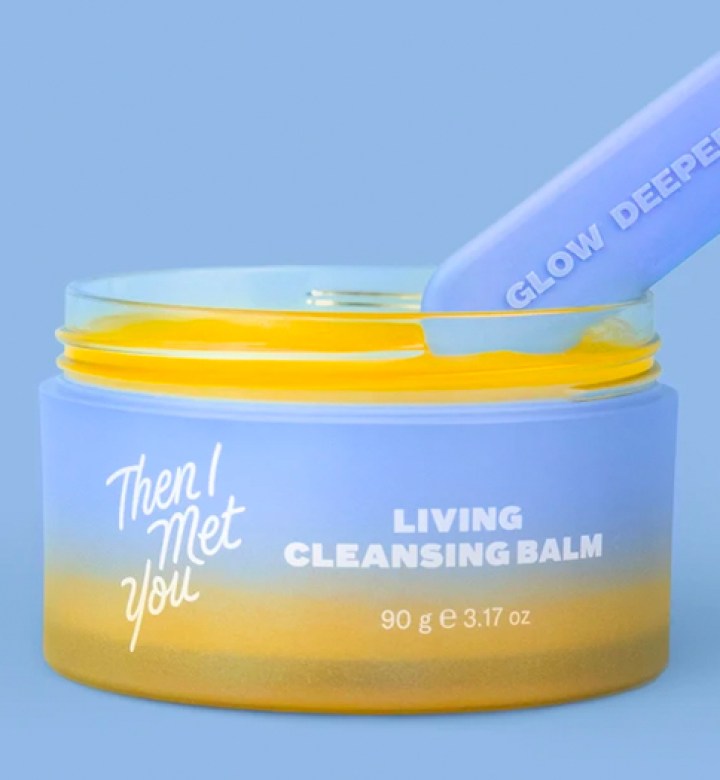 Then I Met You

If ever there was a need for more thought and care in our daily lives, it’s now. In that sense, Then I Met You was before its time, having launched in 2018 with a mission to use skincare as a way to connect deeper to ourselves and each other.

Rooted in the Korean concept of jeong, which is described as “a deep feeling of empathy and affection that one can develop for people, places and things,” founder Charlotte Cho wanted to create products that took us out of the day-to-day distractions whenever we used them.

To that end, the premium brand is made up of just eight, streamlined products that are the antithesis to the “more is more” mentality we’ve come to adopt with the proliferation of online shopping.

Shop Then I Met You 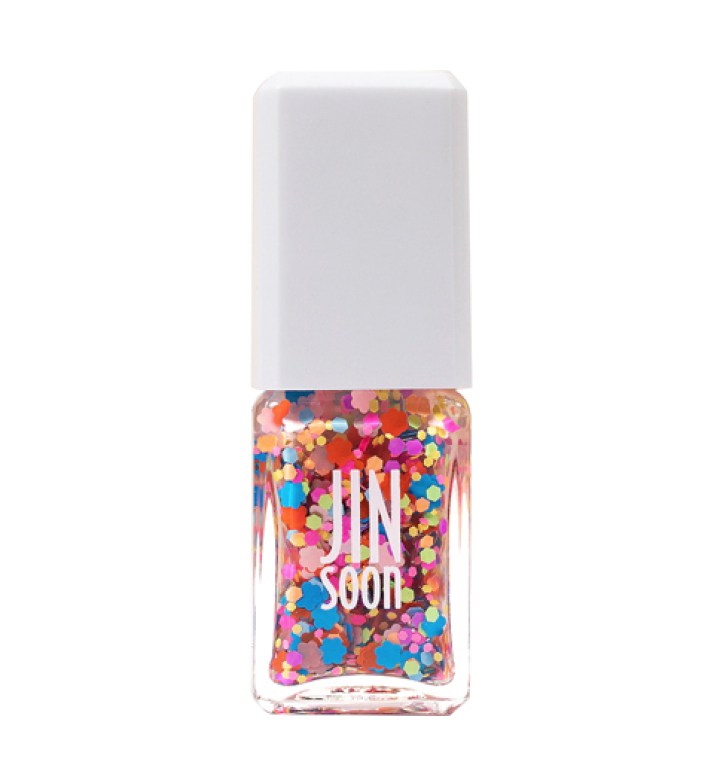 You can call her the OG nail influencer. Since making her way to the States from South Korea in the '90s, Jin Soon Choi quickly became (and remains) the go-to for editorial shoots and runways. Throughout her storied career, Jin has worked with every major designer from Marc Jacobs to Phillip Lim, opened multiple salons throughout New York City and launched an eponymous nail polish line that's known for its trendy, yet classic shades and longwearing formulas. 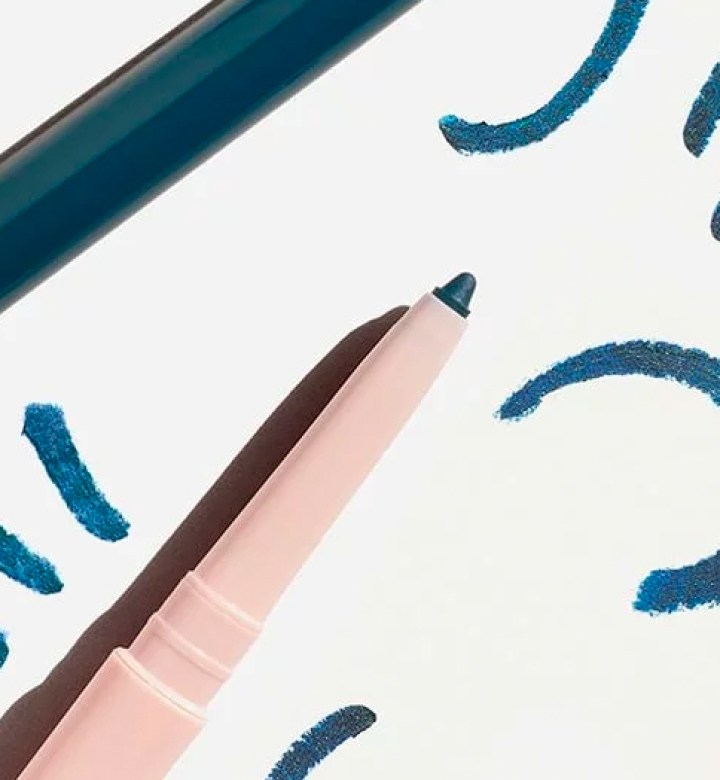 Kulfi was founded in 2021 by Priyanka Ganjoo, who has a background in building brands like Ipsy. Centered around kajal, which was traditionally made in the kitchen by burning almonds and mixing their ashes with castor oil or ghee to create a creamy paste, Kulfi's eyeliners borrow from this classic recipe, but have been refined with additional ingredients like aloe vera and safflower seed oil, so they apply even smoother and deliver even more pigmented results. The five-piece lineup of kajal eyeliners come in shades like plum and electric blue that truly complement deeper skin tones. 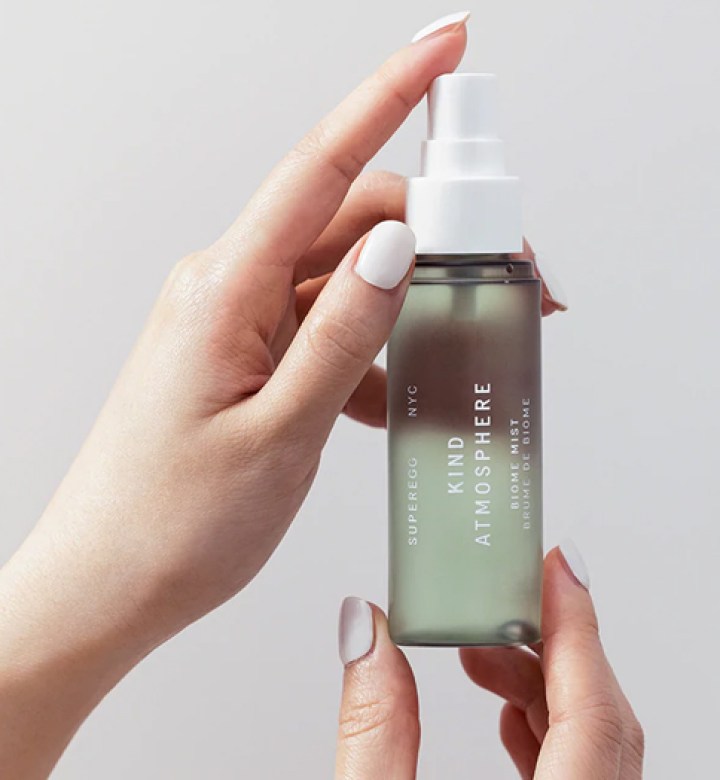 Founder Erica Choi has worn many hats in the past decade: lifestyle influencer (@eggcanvas), VP of Digital Design at Barneys New York, licensed esthetician and now, founder of a skincare brand. Hatched in 2020, the brand’s simple formulas are crafted around eggs, which have a deep history in Asian beauty practices, dating all the way back to the first millennium. (Note: No actual eggs were harmed in the making of these products. Instead, Choi sourced vegan ingredients that have similar properties.) 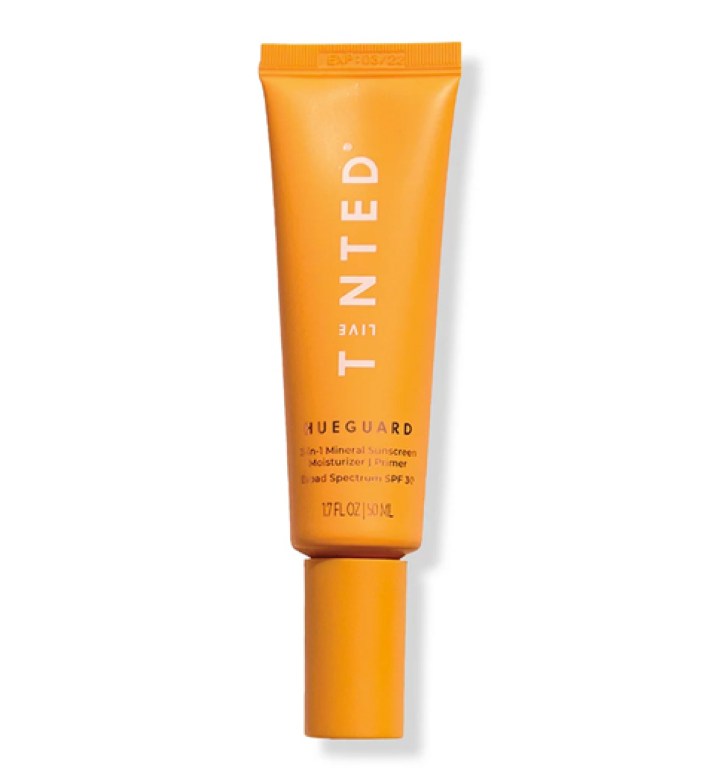 The red lipstick undereye circle trick that blew up on YouTube seven years ago? You can thank Deepica Matyala for that. Since that viral video in 2015, Matyala has launched and built a loyal fanbase with her buzzy beauty brand, Live Tinted. What started off as an online community where people came together to share their stories about overcoming colorism in the beauty sphere has since blossomed into a line of multipurpose color sticks, highlighters, balms and most recently, a sunscreen made with all skin tones in mind. 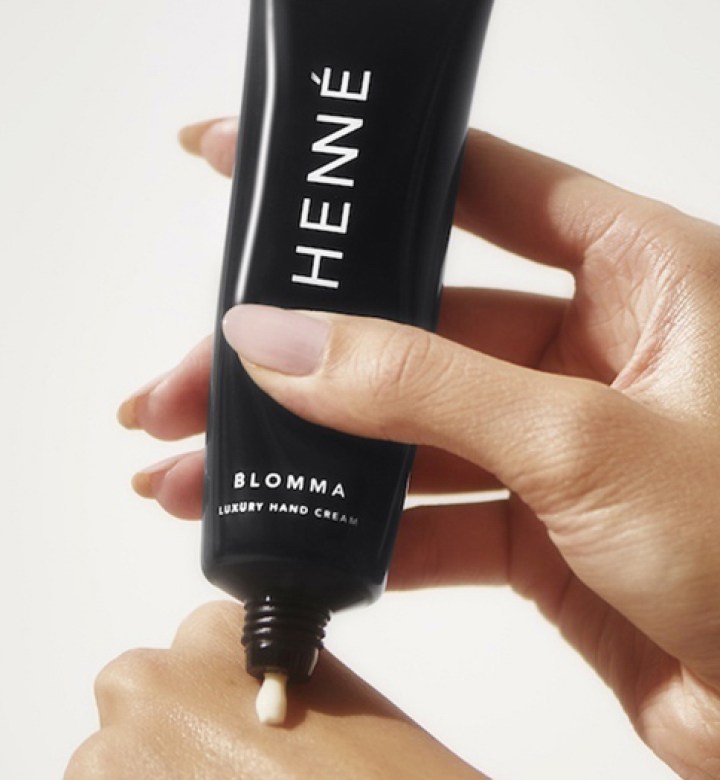 Long before founding Henné Organics, Laura Xiao was a professional table tennis player growing up in Kansas City. (She even took the number one title for the 9-12 age bracket and was a member of the U.S. junior national girls’ team at 17.)

After graduating from college, Xiao spent several years traveling across countries like Denmark, New Zealand and Sweden. It was this nomadic lifestyle that made her more conscious about simplifying her belongings to just the essentials, which later became the ethos behind her minimalist beauty brand.

Xiao credits these diverse life experiences and the values that were instilled by her Chinese parents as key factors in creating and sustaining the growth of Henné (and thank God for that, because their tinted lip balm is one of our favorite products of all time). 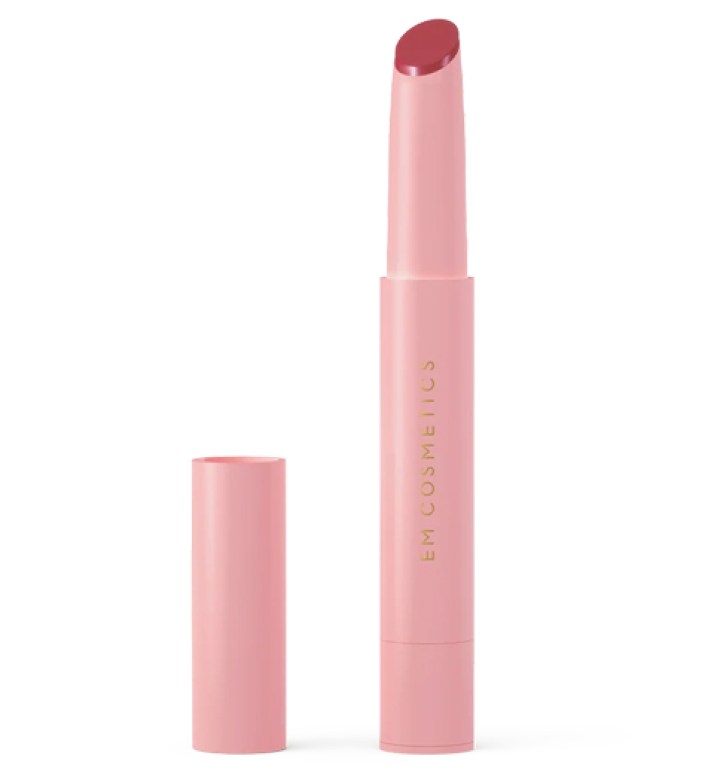 It’s not hyperbolic to say that Michelle Phan invented the beauty influencer as we know it today. As a pioneering creator on YouTube, the Vietnamese American was, in fact, one of the first personalities to make it big on the platform (and by “make it big” we mean reach over 1 billion views all the way back in 2014), paving the way for future influencers for years to come.

Since uploading those early makeup transformations on her channel, she has since gone on to found two successful businesses: Ipsy, a beauty subscription service, which she sold her stake in, and Em Cosmetics, which she bought back from L’Oréal and relaunched in 2017.

From the sleek packaging to the innovative textures and ingredients featured in each product, the brand is redefining what makeup is to the modern consumer. Think: Makeup influenced by skin care rather than makeup as way to cover up your skin. 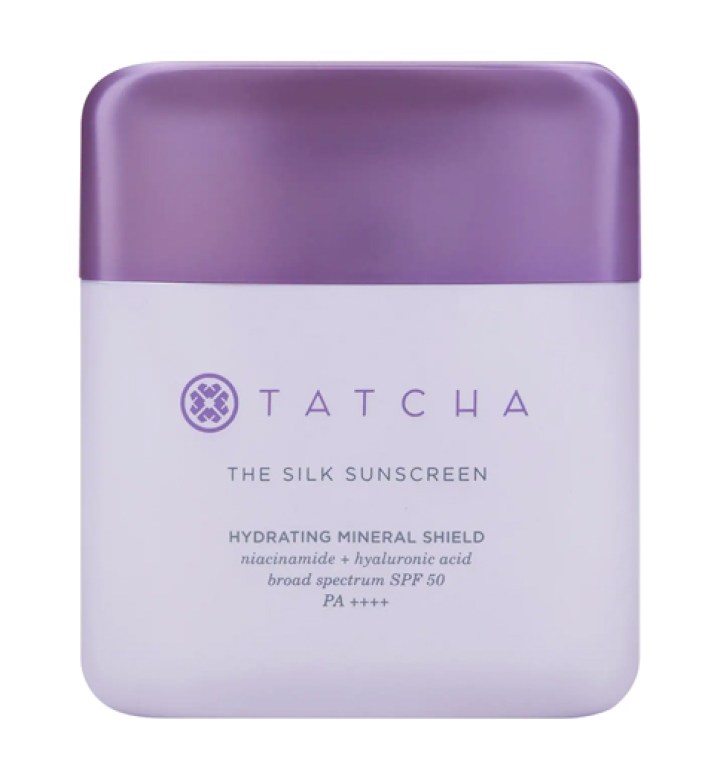 Few brands have achieved cult status in recent years the way Tatcha has, but when it first launched in 2009 with gold-leaf blotting papers, it was considered too niche and inaccessible to gain acceptance here in the States.

The brand, which was founded on centuries-old skincare traditions in Japan, offered a more holistic approach to beauty that centered around healing your skin and treating the rote acts of cleansing and moisturizing as a moment of self-care (before the term entered our collective lexicon).

Since its early days, when founder Vicky Tsai had to personally bootstrap the company to keep it going, Tatcha has become one of the most popular beauty brands in retailers like Sephora. With their acquisition by Unilever in 2019, we get the feeling we’ll see a lot more of the brand for many years to come.

beauty
Sponsored
Getting “Unready” Is the New Getting Ready: Here’s How to Do It Using the 1 Product Influencers Are Raving About
beauty
by Chelsea Candelario
What’s New at Ulta This Month? For Starters, the L’Oréal Mascara That’s Trending All Over the Internet
beauty
by Chelsea Candelario
A French Beauty Expert Shares Her Top Skincare Tips for Getting a Parisian Glow
beauty
by Jenny Jin
"Ma'am," "Anti-Aging" and Other Words That Bother Me
beauty
by Greta Heggeness
We Compared This Viral Color Correcting Treatment with a $13 Dupe
beauty
by Jenny Jin
We Ask a Chemist: What Percentage Vitamin C Serum Is Best?