How to Embrace ‘Nunchi,’ the Korean Secret to Happiness and Success 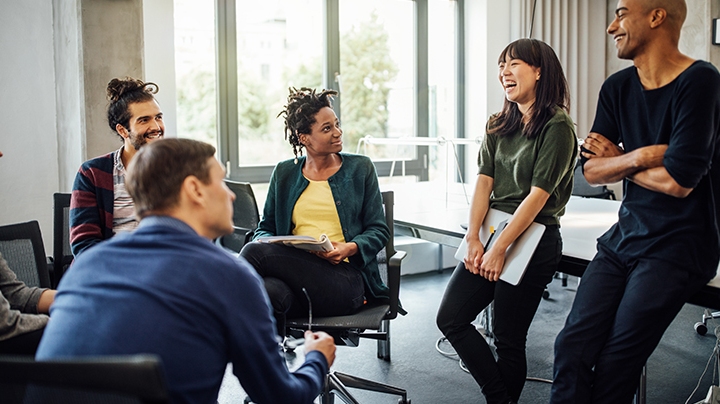 First, we were curling up in our coziest sweaters in the name of hygge. Then we tossed out all our sweaters in an attempt to “spark joy.” And now another wellness philosophy is making waves—and this time, all you need are your eyes and ears. Enter nunchi, a concept hailing from South Korea that’s all about picking up signals from your environment. Korean American journalist and author Euny Hong explores this in her book The Power of Nunchi: The Korean Secret to Happiness and Success. Here’s how to become a “nunchi ninja.”

What is nunchi? Literally translated, nunchi (noon-chee) means “measuring with your eyes” and refers to “the subtle art of gauging other people’s thoughts and feelings to build harmony, trust and connection,” says Hong. Here’s another way to think about it: Nunchi is the power to read a room in seconds.

Oh, I know how to read a room. Do I have good nunchi? First of all, when someone is skilled in nunchi, Koreans don’t say that they have “good nunchi.” Instead, they say the person has “quick nunchi.” Speed matters. And this ancient Korean art goes beyond general observation. Per Hong, “a skilled nunchi practitioner understands they are seeking answers to these two questions: ‘What is the emotional energy of this room?’ and ‘What kind of emotional energy can I emit in order to flow with that?’”

Give me an example. Let’s say you want a raise at work, but you know that your company is struggling financially. Instead of barging into your boss’s office and asking for more money, you observe what’s going on at work and notice that she’s always stressed out after catch-up meetings with her direct reports. So at your next catch-up, you propose a new team structure where five of her direct reports now report to you, thereby taking a weight off her shoulders. Salary bump, granted.

So nunchi can help me get promoted? Yep, and that’s not all. It’s a skill that can be used in pretty much every social setting, from job interviews and dates to dinner parties and weddings. If you think about it, you probably already know someone with quick nunchi.

That woman in my mom group who’s always surrounded by admiring friends—does she have quick nunchi? Probably. And that less skilled coworker who’s always getting promoted before you definitely does. Here are some other “nunchi ninjas,” according to Hong: Steve Jobs, Tyrion Lannister, Oprah Winfrey, Sherlock Holmes and Reese Witherspoon (“She has superb instincts about the next next thing”). Who’s someone with bad nunchi? Think Michael Scott from The Office.

Where does nunchi come from? Nunchi has been used in South Korea for centuries and has been instrumental in the country’s economic and cultural success, says Hong. “If you still question the value of nunchi, ask yourself why K-pop is even a thing,” she writes. (She also credits nunchi with the international success of Korean beauty products.)

OK, sold. How can I embrace nunchi? There are eight key principles to nunchi, per Hong. These include never passing up a good opportunity to shut up, reading between the lines and, if you’ve just arrived in a room, remembering that everyone else has been there longer than you (meaning you should watch them to gain information). In other words, just ask yourself: What would Reese do?

I Tried the Morning Routines of 4 Ultra-Successful Women. Here's the One That Made Me Happiest.

wellness
by Alexia Dellner
The 20 Best Sex Toys on Amazon, According to Enthusiastic Reviewers
wellness
by Destinee Scott
Lelo Sex Toys Are on Sale So You Can Have a Valentine's Day for the Books
wellness
by Jaime Wright
Your Weekly Horoscopes: February 5 to 11, 2023
wellness
by Sarah Stiefvater
Movement Snacks Are the Easiest Way to Exercise When It Feels Like You Have Zero Time
wellness
by Ariel Scotti
21 Online Dating Tips from an Expert (& Women Who Met Their Spouses on ‘The Apps’)
wellness
by Rachel Bowie
Valentine’s Day Is the Epitome of Cringe, but Here’s Why I’m Doubling Down