Everything You Need to About the Pisces Personality

By Jaime Wright
With additional reporting from
Kiki O'Keeffe 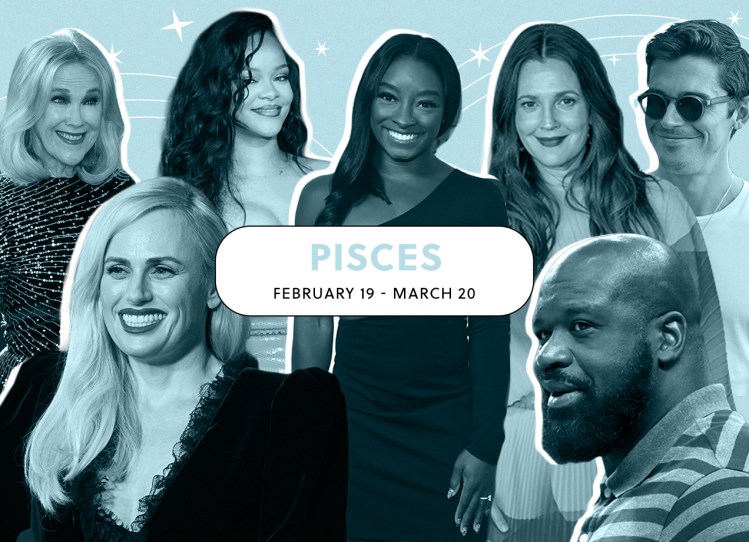 A Pisces is basically a mermaid in a bathtub drinking a glass of red wine. (That way, they keep both their halves wet.) They are dreamy, glamorous and otherworldly. As the last sign of the zodiac, they represent the culmination of every other sign’s karmic evolution, and thus they are the hardest to define. Pisces energy is all about breaking down the barriers between people, reality and dreams, so they resist definition. But that doesn’t mean we won’t try to break down the basics below.

Water. Water is the element of our emotions, and signs in this family tend to be unusually perceptive when it comes to what’s unspoken. Water signs are often deep, complex individuals with high levels of emotional intelligence. While they can be dramatic and volatile, they are also some of the most nurturing, warm and creative signs in the zodiac…at least once you’re in their good graces.

Mutable. Mutability is the principle of mediation between phases. It’s change itself, and the signs under this modality fall at the end of a season, preparing for the change. All mutable signs are dual in nature, as their power is to interpret, translate and carry meaning between other parties.

Jupiter. Some modern astrologers associate Pisces with Neptune. But delegating our mutable water sign to a planet that’s not only invisible to the naked eye but also associated with confusion, delusion and haze is a disservice. It gives the impression that Pisces is beyond our comprehension when everything you need to know about Pisces can actually be revealed by Jupiter—planet of opportunity, abundance and relief. Pisces might seem out of this world, but they’re just normal people. Normal people with hope that we can all love and be loved.

“Solid.” (See all the other zodiac signs’ mantras.)

What Are Pisces’ Best Traits?

Pisces aren’t just brilliant—they are emotionally brilliant, and their imaginative powers are unparalleled in the zodiac. Their creativity can literally change the world and inspire others to unlock their own potential. Unlike Aquarians, who know they are right and are waiting for you to realize it too, Pisces are adept at persuading the heart alongside the mind. They are the ultimate influencers and never need to posture to win admiration. Their magic is 100 percent real and cannot be replicated, no matter how many try.

What Are Pisces’ Worst Traits?

Because the nature of Pisces is to dissolve boundaries, it can be difficult for them to assert their own. Their capacity for empathy is so large, they absorb the feelings and priorities of others like a sponge (empath much?). But by the time they realize they haven’t asked for what they need, it’s too late, and their mood can turn on a dime. At their worst, they can give in to extremes, and having the imaginations that they do, it’s easy for them to escalate a small misunderstanding into an epic struggle. Because they are prone to deceiving themselves, they can easily lie to others too.

What Are the Best Careers for Pisces?

As the visionaries of the zodiac, Pisces tend to do well in artistic or humanitarian fields. They are often visual artists, musicians, fashion designers, nonprofit organizers, politicians or even religious leaders. Because they believe so strongly in whatever they do, they inspire others as well, and they can inspire loyalty from followers or fans throughout generations.

How Is Pisces as a Friend?

Pisces friends are natural healers, and there is no better shoulder to cry on when you just need to unload. They give the best advice, even if they don’t have direct experience with the problem in front of them. Their wisdom, imagination and empathy combine to make them absolute experts, and their perspective is highly sought after. Not only that, but they are also the ultimate cool-without-trying-to-be, and they somehow always know the best music, plays and TV shows before they become ubiquitous. Still, Pisces are never snobs; they are happy to share their prescient good taste with anyone in their inner circle.

How Is Pisces as a Parent?

Pisces parents are Ph.D.s in moody temperaments, and they tend to intuitively understand how to manage them (because they are often the moodiest people they know). That insight makes them particularly equipped to raise children through those difficult middle years. They will impose high standards, because Pisces can be perfectionists, but they will always have their kids’ backs—and their kids will know it too.

How Is Pisces as a Partner?

Pisces are devoted partners, and they tend to easily fall into caretaking roles. While they can be introverted and slow to warm up to large groups of people, they love staying up all night talking to their mates. As the sign of glamour, they can be infinitely alluring, even after decades of being together. Pisces are deep and complex, and to their partners, it may feel like they are always on the cusp of knowing them completely. It doesn’t matter that they’ll never get there, because the fun is in the trying.

What Are Pisces’ Hidden Traits?

The archetype of Pisces is dreamy and fluid, so it’s often shocking when they come at you with hard analysis. But don’t sleep on the sharpness of a Piscean mind; they are visionaries, remember, which means they see things no one else can. You may never see their feedback coming, but you’ll realize later it was spot-on.

With disciplined Saturn in their unconscious sector since March 2020, Pisces have in some ways had an easier time than most adjusting to the “new normal” in these times. Remote work feels natural for them and they’re able to find a lot of structure and empowerment in solitude. That being said, Pisces have also struggled with feeling lonely this year and it’s been necessary for many to get back into therapy and develop more positive coping mechanisms. With disruptive Uranus and the eclipses shaking things up in the part of their chart that has to do with expanding one’s mind, many Pisces have also used this year as an opportunity to go back to school, move abroad or pick up some new skills.

With abundant Jupiter moving through their self-image and money sectors this year, Pisces have also seen major boosts to their income and self esteem. Wardrobe upgrades and some flashy hair and makeup choices have built their confidence. In the final part of the year, Pisces focus is mostly on their home and family life as action planet Mars spends almost 7 months (August 20, 2022 - March 25, 2023) in their privacy sector. Pisces are learning that if they truly want to thrive, they have to clear out the clutter from their foundation.