10 Trends That Will Be Huge the Summer of ‘Impact Travel’

Last year, there was a lot of talk about revenge travel. The sentiments expressed by travelers and the industry as a whole in 2022 feel markedly different this time around. It’s not just about going on a fabulous trip or even how we travel (though, there’s some interesting data surrounding private jets and yacht charters), but why we travel.

Escapism is part of it for many, especially after the past two years. But it’s more than that. It’s about travel opening our hearts and minds and making an impact on the world around us. People want their travels to benefit the environment and local communities as much as going on a great getaway benefits them. And, certainly, the fact that most places have dropped quarantine restrictions for vaccinated travelers means the world is opening up in a way it hasn’t in quite some time.

All this to say that things are looking up on the travel front—with KAYAK reporting a 108 percent increase in searches. Ready to hit the road, rail, air or sea? Come along with us as we unpack the biggest travel trends for summer 2022. 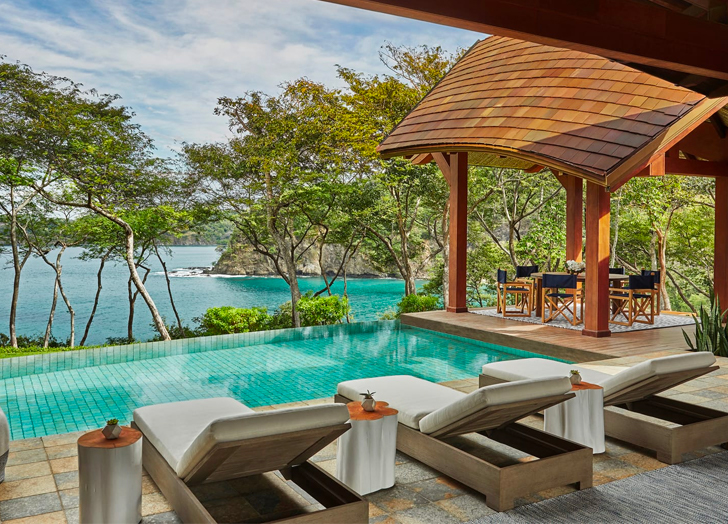 According to the 2022 Impact Tourism Report by Kind Traveler, 96 percent of travelers responded that it’s important their tourism dollars make a positive impact on the communities they visit and the environment. Hubs of sustainable tourism like Belize, Costa Rica (KAYAK reveals that searches for Liberia—the airport you fly into to stay at sustainable luxury legend Four Seasons Resort Costa Rica at Peninsula Papagayo—saw a 94 percent increase) and Hawaii have emerged as top picks. Eco-activities like stargazing and glamping remain wildly popular. Travelers are also increasingly likely to patronize small businesses and actively seek out hotel brands that partner with local philanthropic organizations and have sustainability initiatives.

2. “DREAM TRIPS” ARE NO LONGER JUST A FANTASY

If the last few years have taught us anything, it’s that nothing is a given and the future is uncertain. People are taking that to heart and traveling like there’s no tomorrow. Spending on travel is surpassing pre-pandemic levels. According to a recent Virtuoso survey, 76 percent of luxury travel advisors have seen a recent increase in demand for A-list travel experiences, whether it’s a once-in-a-lifetime safari in South Africa (one of the countries where Scott Dunn has seen major interest) or a private sailing excursion. Bucket-list trips like Machu Picchu and Antarctica are trending. Expedia reports that the Maldives is also tracking way ahead of normal for summer bookings. Dreaming of an overwater bungalow? Travelers rave about Six Senses Laamu, Maldives and Gili Lankanfushi. 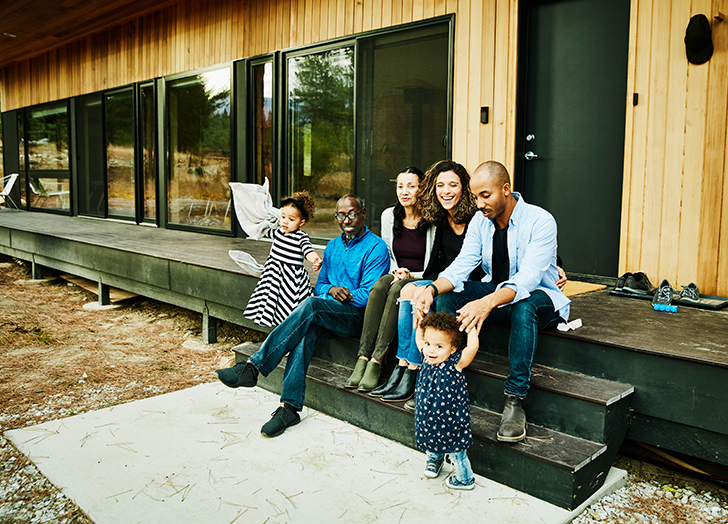 3. Family Travel Matters More Than Ever

After two years of missed weddings, birthdays, graduations, anniversaries, vacations and more special occasions, people don’t want to miss a moment with the people they love the most. Multi-generational family trips are on the rise. Searches for properties with cribs are up 65 percent on Hotels.com. Parents are also increasingly looking for hotels with childcare options (hey, we all need a night away from the kiddos sometimes) and connecting rooms. Families keen to make up for lost time are snagging homes where they can all stay together as evidenced by the surge in Vrbo bookings. All–inclusive resorts with great kids’ clubs and even educational programs for little ones are in high demand as well.

Social distancing may be over (or coming to an end), but people still want privacy and their own space—whether it’s chartering a private yacht for a few days with EYOS, trading commercial flights for private or renting a secluded villa. While private jets and bespoke sailing expeditions aren’t fiscally feasible for most people, renting a private villa certainly is! You can find fabulous holiday rentals that offer privacy and room to spread out without the bank-account-draining price tag. Not surprisingly, demand for Vrbo properties is already outpacing last summer by nearly 15 percent. 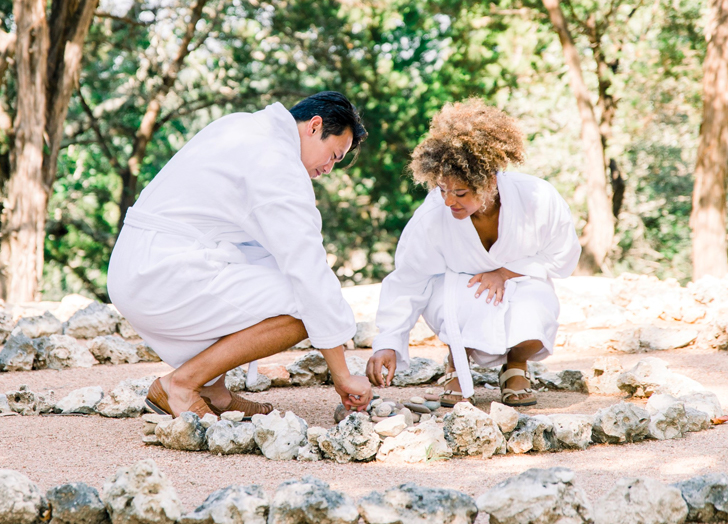 5. Wellness Is A Top Priority

Self-care isn’t just a buzzy term everyone in the wellness industry seems to talk about 24/7. It’s actually really important to travelers, according to Google search results. How that unfolds on vacay looks different for everyone. Some people are choosing to go on yoga retreats. Others are checking into wellness resorts like Canyon Ranch Woodside and Miraval Arizona Resort & Spa. Hotels are responding to demand with more spa and wellness offerings or relaxing in-room sleep amenities. Guests at Cavallo Point, for example, can sip organic nighttime tea and snooze on Bryte Restorative Beds. And Madeline Hotel & Residences, Auberge Resorts Collection, is debuting an exclusive partnership with luxury hiking retreat RESET Telluride.

6. IT'S ALL ABOUT THE BEACH…ON A BUDGET

A summer beach vacation isn’t anything new. But it’s where people are soaking up that sun that’s a bit different. Sure, New England beach towns will always delight. However, more wallet-friendly seaside destinations that we typically tend to associate with winter travel are attracting budget-conscious vacationers. KAYAK searches for Punta Gorda, Florida are up 154 percent. San José del Cabo and Cancun, Mexico as well as Caribbean destinations like the U.S. Virgin Islands, Bahamas and Curacao are all up, too. According to Google, Fort Lauderdale, Punta Cana, Fort Myers, Key West and Nassau are some of the hottest spots for summer. 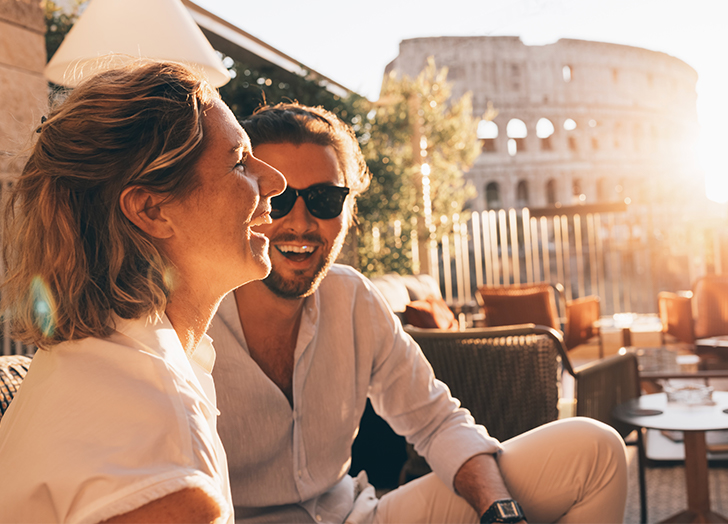 7. Everyone Is Jetting Off To Europe

A summer holiday in Europe isn’t anything revelatory. But after taking a multi-year hiatus due to do Covid, people are overwhelmingly excited to get back to their favorite sun-splashed European destinations and discover new ones. Almost 50 percent of Scott Dunn’s summer bookings are for Europe. Virtuoso data reveals that Europe swept the top ten for where U.S. travelers are going this summer—with Greece, Italy, France and Spain nabbing the top spots. KAYAK data supports that trend. Palma de Mallorca, for example, saw a 77 percent increase in search share (that means it’s best to book your room at Can Bordoy Grand House & Garden sooner rather than later). While Greece currently accounts for 20 percent of all Scott Dunn summer bookings.

8. OR, SAYING ALOHA TO HAWAII

Hawaii continued to be a coveted destination throughout the pandemic. But since the notoriously strict entry requirements were lifted this month, interest in the Aloha State has skyrocketed. Expedia saw a nearly 30 percent increase in searches for summer trips to Hawaii’s major tourism hubs such as Oahu and Maui since the announcement was made on March 1. If you’re worried about paying a steep price for paradise, don’t be. There are still some pretty sweet deals to be had if you book just before or after peak season. Maybe that means considering a late May or early September trip?

9. AND CITIES ARE BACK, TOO

Big cities took a huge hit during the pandemic. With the success of vaccine rollouts and people becoming less wary of Covid, the excitement surrounding dining, nightlife and attractions is soaring yet again. Demand on Expedia indicates travelers are ready to head back to bustling urban areas like New York City, Seattle, Boston, San Francisco, Nashville and Chicago. The best part? You can score some pretty awesome hotel deals during the summertime. You can snag a room at the Walker Hotel Tribeca for just $229. Rates starting at $375 for the five-star Viceroy Chicago in the Gold Coast is a major vacation victory. 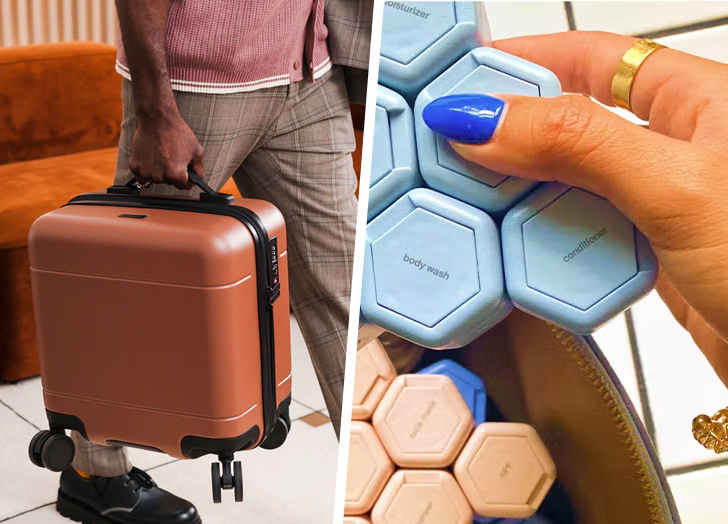 If you’re a frequent flier, the desire to pack everything in a carry-on that fits in the overhead bin is nothing new. For the rest of the population, checking a bag has always just been part of the process. With the cost of airline baggage fees and people trying to incorporate a minimal mindset into everything, carry-ons are having a major moment. Google searches for “how big can carry on luggage be” more than doubled over the past month. (As someone who traveled the world for a year with just a carry-on, this trend really speaks to my wanderlusting ways.) The new hard shell CALPAK Hue Mini Carry-On is a hot-ticket item. Sales for packing cubes and cool toiletry organizers that make traveling more intuitive, like Cadence’s leak-proof capsules, are also soaring.

7 U.S. TRIPS THAT WILL REINVIGORATE YOUR SOUL AFTER A VERY (VERY) LONG YEAR

Where to Marvel at Christmas Lights in Miami This Holiday Season

Flying This Thanksgiving? You Can Bring These Foods on the Plane Home, Says TSA