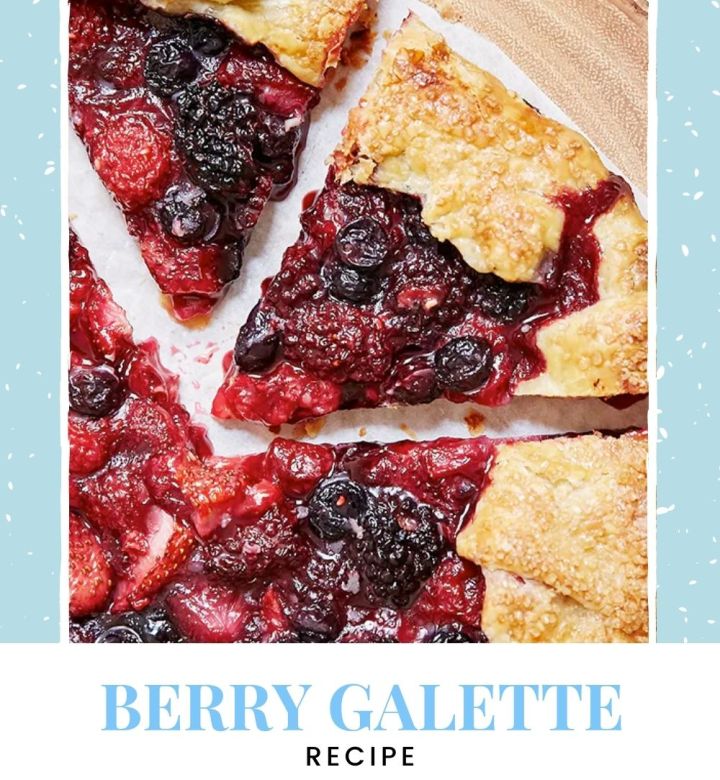 You went to the farmers market and loaded up on fresh berries. You could add them to your oatmeal (boring) or your smoothie (boring)…or make our recipe for berry galette (now we’re talking).

A galette is basically a free-form pie. It’s easy to assemble, and since some of the juices always spill over, the crust doesn’t have to be perfect. (Psst: We’re using store-bought.) Just pile the fruit in the center, fold the edge over and bake. Honestly, the hardest part is choosing whether to eat it with ice cream or whipped cream—or, if you’re like us, a little of both.

Zest and juice of 1 lemon

1. Preheat the oven to 400°F. Line a baking sheet with parchment paper.

2. On a lightly floured surface, roll out the pie crust until it is about 10 inches in diameter. (A standard packaged pie crust is 9 inches, so roll it lightly to flatten it and make it a bit bigger.) Transfer the crust to the prepared baking sheet and refrigerate uncovered while you prepare the filling.

3. In a large bowl, toss the berries with the lemon zest, lemon juice and vanilla extract. In a small bowl, whisk the sugar with the cornstarch and salt to combine. Add this mixture to the berries and toss to coat.

4. Remove the pie crust from the refrigerator. Pile the berries onto the center of the crust, leaving about an inch uncovered around the edge. Fold the edge of the dough up and over the berries around the perimeter to encase the filling.

5. In a small bowl, whisk the egg with 1 tablespoon water to combine. Lightly brush the egg wash around the edge of the crust, and sprinkle with the turbinado sugar.

6. Bake until the crust is golden brown and the filling is bubbly, 35 to 40 minutes. Cool at least 15 minutes before slicing and serving