Zoë Saldaña knows what it's like to dominate on Netflix. The 44-year-old actress's new romantic drama series, From Scratch, premiered on the streaming platform a few weeks back, and it's remained on the site's list of most-watched shows ever since.

But, it turns out Saldaña is a fan of other Netflix originals, specifically the Emmy-winning crime drama Ozark, which wrapped up its final season this past April. In fact, in a new video on Instagram, Saldaña actually gave quite an impressive lip-sync from one of the show's more dramatic moments. Check it out below.

In the post, the Star Trek actress stitched a scene from Ozark that featured actress Julia Garner in her role of Ruth Langmore (a part which earned Garner 3 Emmy Awards, nbd).

This scene shows Ruth screaming at Martin "Marty" Byrde (played by Jason Bateman) as she says, “If you wanna stop me, you're gonna have to f*cking kill me!”

To the right of the snippet, Saldaña mouthed the exact words, and even copied Garner's scream at the end of her line. In her caption, the From Scratch actress wrote, “#mondaymotivation.” 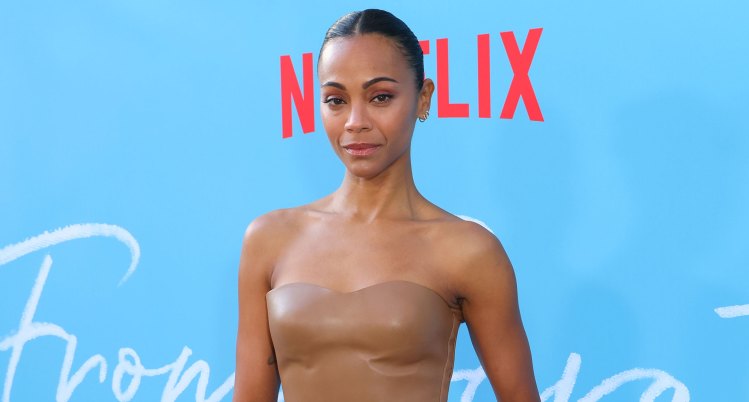 Fans in the comments clearly loved this scene too, like one user who wrote, “That scene gave me goosebumps. I’m so happy [Garner] got recognized for the final season.” Another loved seeing these two stars side-by-side and said, “One hell of an actress giving respect to another hell of an actress.”

This isn't the first time Saldaña has had fun stitching a video on Instagram. Only a few days before, the 44-year-old tried out a fitness challenge, which she shared with her followers.

Keep these videos coming, Zoë. (Oh, and we're gonna need you and Julia Garner to star in something together, ASAP.)