While we're used to Zac Efron posting plenty of thirst traps on Instagram (and you won't find us complaining), the Greatest Showman star surprised us last week with a major throwback in honor of his 35th birthday.

As Efron celebrated his big 3-5, the actor pulled out a photo that was taken when he was only 7 years old. “35, but still 7 at heart,” he wrote in the caption. “Thanks for all the bday love [white heart emoji].”

In the throwback pic, which was taken around 1994, Efron totally evinced ’90s vibes with a bleached hairdo and a shark tooth necklace. And the star has clearly always had a good sense of humor, because he appears to be holding a crayfish in his mouth.

For High School Musical fans, one of the best parts was that the former director and choreographer of the HSM series, Kenny Ortega, wrote, “Happy Birthday Z Man! May the year keep you in good health and spirit and may your greatest adventures be ahead! Much love.”

Efron's really been catching our attention with his Instagram posts as of late. The Baywatch star actually revisited the school where they filmed High School Musical, and he documented the visit (seen above), while making a Breakfast Club reference in his caption. “Don’t you… Forget about me,” he wrote.

However, it's rare that we get throwbacks from the 35-year-old. The last time Efron posted a throwback was all the way back in 2019, when he shared a pic that showed Jim Carrey squeezing his nipple (and don't ask us to explain the context). In the caption, he wrote, “After all these years, I still haven’t washed this nipple @jimcarreyhere.”

As he rang in his 35th trip around the sun, Efron remained booked and busy. Not only has he been continuing his Netflix docuseries, Down to Earth with Zac Efron, but he also just saw the premiere of his new Apple TV+ film, The Greatest Beer Run Ever, which is based on a book of the same. In 2022, he also starred in two other films—Gold and Firestarter. 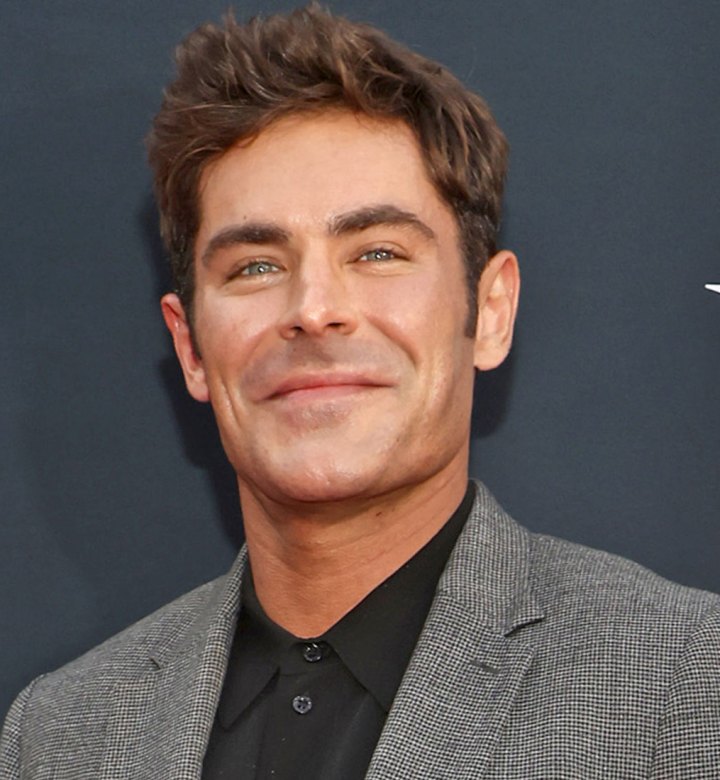 We hope this year is the best one yet, Zac! Just don't lose that 7-year-old sense of whimsy.