Tracee Ellis Ross is taking us back to the early 2000s with this latest throwback.

On Wednesday, the Black-ish star shared a photo of herself attending the Clive Davis Grammy party back in 2004. In the new IG post, Tracee rocked a custom-made Roberto Cavalli gold and pink spaghetti strap dress on what appears to be a red carpet. She styled the look with a large gold bangle bracelet and Bamboo hoop earrings. 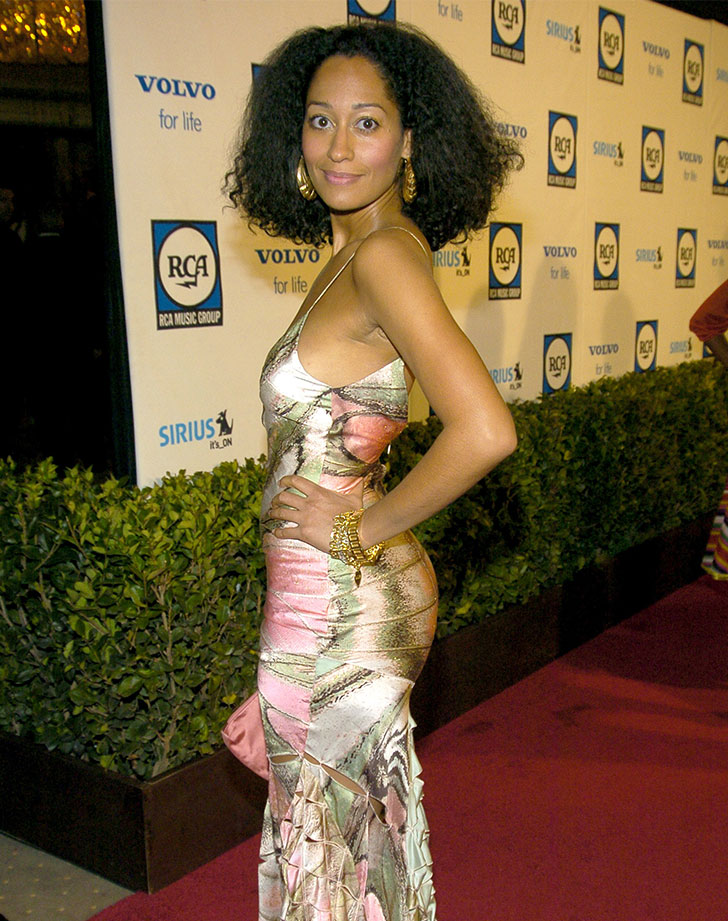 Lately, the Girlfriends actress has been wearing her curly hair in much longer styles. ﻿But, this old snapshot showed a younger Tracee sporting a shorter ‘do.﻿ At the time, she rocked a neck-length haircut, showing her curls in all their natural glory.

Tracee wrote in the caption, “Sheesh …2004 Tracee! Things were sittin nicely back then,” then proceeded to thank the IG page (@flyandfamousblackgirls) for sharing the pic.

Of course, her followers flocked to the comments section to marvel over the throwback pic. “She been that girl [fire emoji],” one person wrote. Another added, “Still sitting pretty.”

Even some of her celebrity friends had something to say about the photo. R&B singer SZA commented, “Oh my actual God ? . BEEN fine still FINE.” Actress Kerry Washington simply commented with a slew of heart-eyed emojis. Even singer Erykah Badu commented, “She cute.”

Just a few weeks ago, Tracee took another trip down memory by sharing a photo of herself attending the 1990 Grammy Awards with her mother and two sisters. In the pic, she wore a Moschino “Olive Oyl” dress and ALAÏA shoes to the awards ceremony. Meanwhile, Diana Ross donned a sheer black dress with a diamond-encrusted necklace.