Sophie, Countess of Wessex, Seems to Have Gotten a Major Promotion from Buckingham Palace 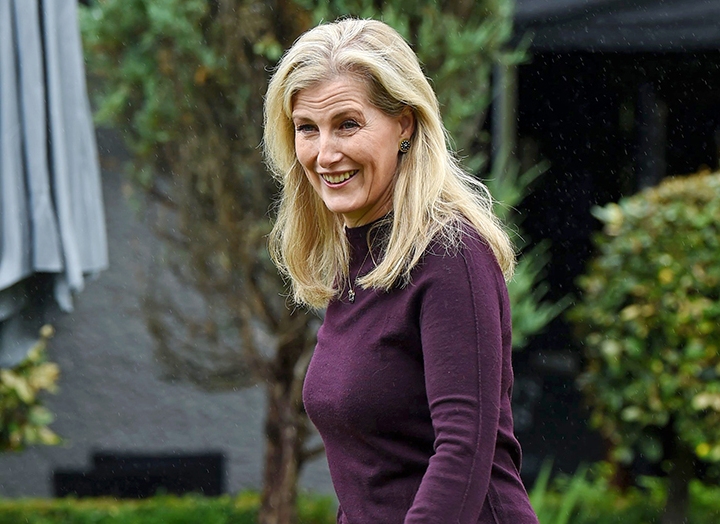 If you’ve noticed that we’ve been seeing way more of Sophie, Countess of Wessex, these days, you’re not wrong. It seems that the countess has been given a significant increase in royal responsibilities by Queen Elizabeth in the last few months.

According to multiple reports, Her Majesty’s daughter-in-law was informally promoted by palace aides last week when she attended an official royal engagement at the Half Moon Pub. On Wednesday, the 55-year-old royal met with fellow members of the Bagshot Women's Institute as well as the pub’s owners, kitchen and bar staff. Per the Royal Family, the countess heard how the business has been affected by lockdown, and what measures the establishment has had to take in order to prepare for its reopening.

So, what makes this appearance so special? Well, ITV’s Chris Ship says it was the first time journalists were asked to cover one of Prince Edward’s wife’s solo engagements. “We were invited to cover this event by Buckingham Palace,” Ship said on ITV’s Royal Rota on Friday per Vanity Fair. “We don’t often cover the Countess of Wessex’s engagements on her own. It’s the only time I’ve covered Sophie on her own in the three years I’ve had this job.” That’s pretty major.

The promotion is likely due to the queen’s need to fill the space left by Prince Harry and Meghan Markle’s exit (ya know, since the number of royal family members to fulfill official duties was diminished).

And while there’s been no comments or confirmation on the upgrade in duties by Elizabeth herself,  the event definitely seems to signify that Sophie really is ready to step into the royal spotlight.

Sophie, Countess of Wessex, Went Full Casual in a Green T-Shirt at Her Latest Outing