Queen Elizabeth Has a Secret Hand Signal to Communicate with Staff 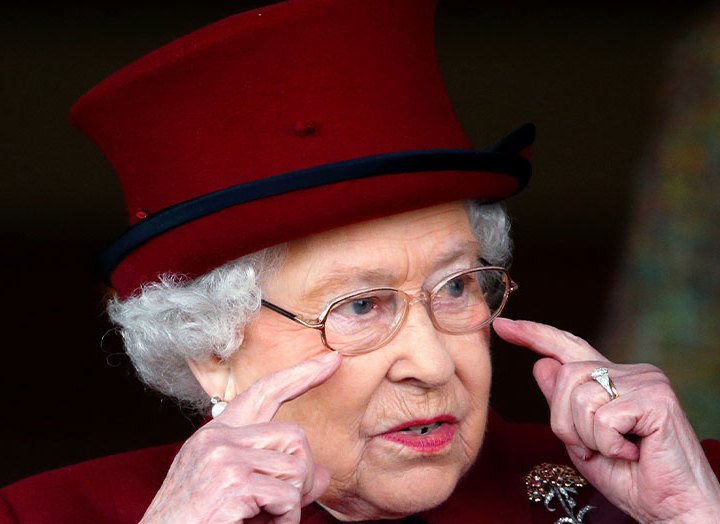 It turns out Her Majesty has a discreet way of communicating with her staff, and it involves a very important piece of jewelry. Allow us to explain.

According to royal historian Hugo Vickers, per British Heritage, Queen Elizabeth has a few subtle, non-verbal signals to communicate her wishes to the team while she attends public events. And when she's ready to end a conversation, she uses her 3-carat wedding ring, which was designed by her late husband, Prince Philip.

British Heritage reported that when the queen starts to twist her wedding ring, it means that "immediate action is required" or that she wants to exit a conversation without delay. But this isn't the only signal that Queen Elizabeth uses.

According to former U.S. chief of protocol Capricia Penavic Marshall, the queen also makes use of her stylish handbags. While speaking with People magazine, she said, "I did learn later on that she perhaps uses the bag as a signal. If it’s on one part of her arm, it means the meeting is going fine, leave me alone. But if she lowers it, it means, ‘End this now. I want to go.’” Clever, isn't it?

But of course, this isn't to say that the queen's accessories are meant solely for business purposes. Her ring, for instance, holds special significance because the diamonds were taken from a tiara owned by Prince Philip's mother, Princess Alice of Battenberg. Plus, it includes a secret inscription that no one knows, aside from the engraver, the queen and her husband.

Meanwhile, it's believed that Her Majesty's bags usually contain her cell phone so she can "call and speak to her grandchildren," according to Marshall.

Leave it to the queen to be both fashionable and resourceful.