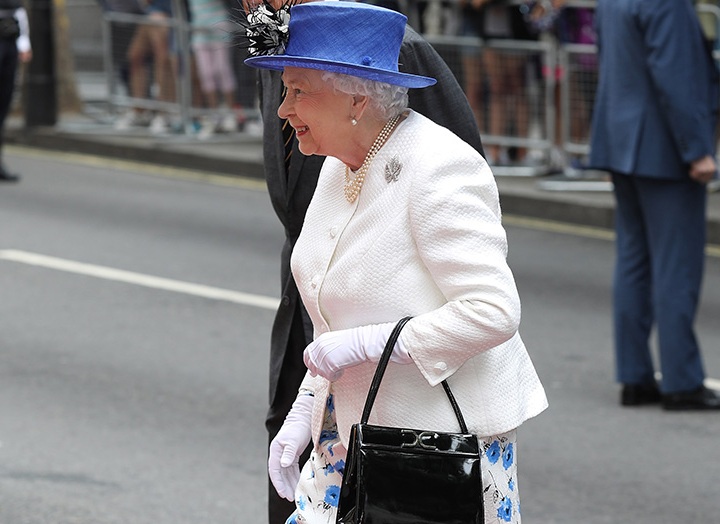 It’s no secret that Queen Elizabeth almost always carries a purse with her, but we had no idea just how important the accessory is.

According to Capricia Penavic Marshall (former U.S. chief of protocol and author of Protocol), the queen’s handbag isn’t only for looks. The writer recently sat down for an interview with People magazine and revealed the 94-year-old monarch uses it to send non-verbal signals to her staff.

“I did learn later on that she perhaps uses the bag as a signal,” she said.

Marshall went on to explain the logistics, noting that it’s all about the placement of the purse. “If it’s on one part of her arm, it means the meeting is going fine, leave me alone,” she explained. “But if she lowers it, it means, ‘End this now. I want to go.’” Pretty genius, right?

Of course, the queen’s handbag isn’t strictly for business purposes. Marshall also teased the rumored contents, adding, “People have speculated that in the bag, she has a cell phone so that she can call and speak to her grandchildren, which I just absolutely adore.”