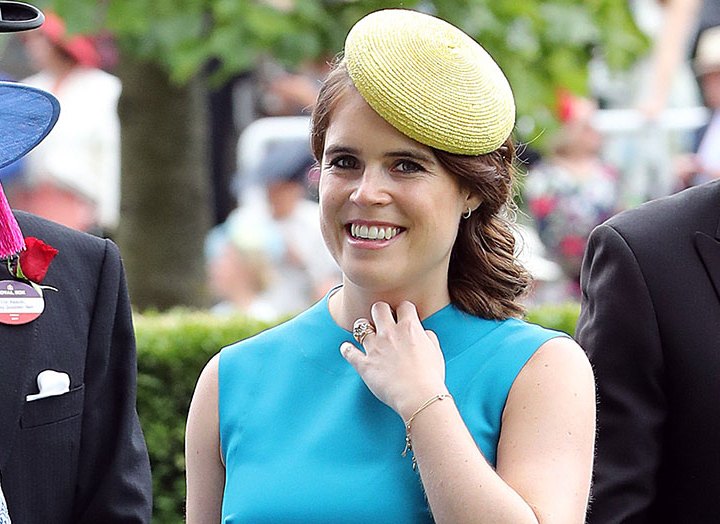 Princess Eugenie and Jack Brooksbank have taken up residence in Meghan Markle and Prince Harry's home—but it's not the one in Santa Barbara, California.

The princess and her husband have reportedly moved into the royal couple's Frogmore Cottage home in Windsor, which appears to be a sign that the Duke and Duchess of Sussex aren't planning to return to the U.K. anytime soon.

According to People, a source confirmed that Markle and Prince Harry welcomed the idea of having Princess Eugenie, who's now pregnant with her first child, and Brooksbank living in their home. The source said, "Frogmore Cottage continues to be the Duke and Duchess of Sussex’s residence in the U.K., and they are delighted to be able to open up their home to Princess Eugenie and Jack as they start their own family."

Also, according to a source in The Sun, the home has been emptied of their belongings. They said, "Removal vans pitched up in the dead of the night and cleared out the cottage. They definitely did not want to be seen. Emptying their home and handing over the keys is a pretty strong sign Harry and Meghan have no plans to return. It appears they are tying up loose ends as they plan to extend their stay in the U.S. perhaps permanently."

Previously, the royal mother-to-be and Brooksbank lived in Kensington Palace's Ivy Cottage in London. However, it makes total sense that they would move to Windsor, which also happens to be where the two tied the knot in 2018. Eugenie's parents live nearby in Windsor Great Park, while Her Majesty The Queen and Prince Philip often reside in Windsor Castle.

Now, if only we could get an invite to the housewarming party...

Get royal news sent to your inbox by subscribing here.