Princess Diana’s Niece Just Copied One of Her Iconic Looks, But Gave It a Saucier Spin

If there's one thing that seems to connect Lady Kitty Spencer to her late aunt, Princess Diana, it's her fashion sense. While Lady Di was known for her unique sense of style, her niece has developed her own niche in the fashion world, and she's even taken some cues from the Princess of Wales in the past. Now, it appears that Spencer is emulating another one of her aunt's looks, but giving it her own saucy spin.

This past weekend, Spencer took to Instagram to show off an outfit she wore while at a Dolce & Gabbana fashion show (the company for which she is also an ambassador). The 31-year-old model wore a D&G design for the event—a black lace, floor-length dress with a bandeau and boyshorts layered underneath the sheer fabric (and if you're looking for a similar design, you can get the midi dress version here). “Belated post from Alta Sartoria,” Spencer wrote in the caption.

But while Spencer looked stunning as always, we couldn't help but notice that this outfit was very similar to a look that Princess Diana wore back in 1995.

While attending ‘A Concert of Hope’ at the Cardiff International Arena, the Princess of Wales was spotted in a navy blue design that is quite similar to her niece's latest look. Diana's dress featured a similarly swirly design and a sheer lace fabric around the arms and chest. However, while Spencer's gown featured the bare stomach underneath, Diana's look was slightly more conservative, as the interior layer was a single piece that covered her entire torso. 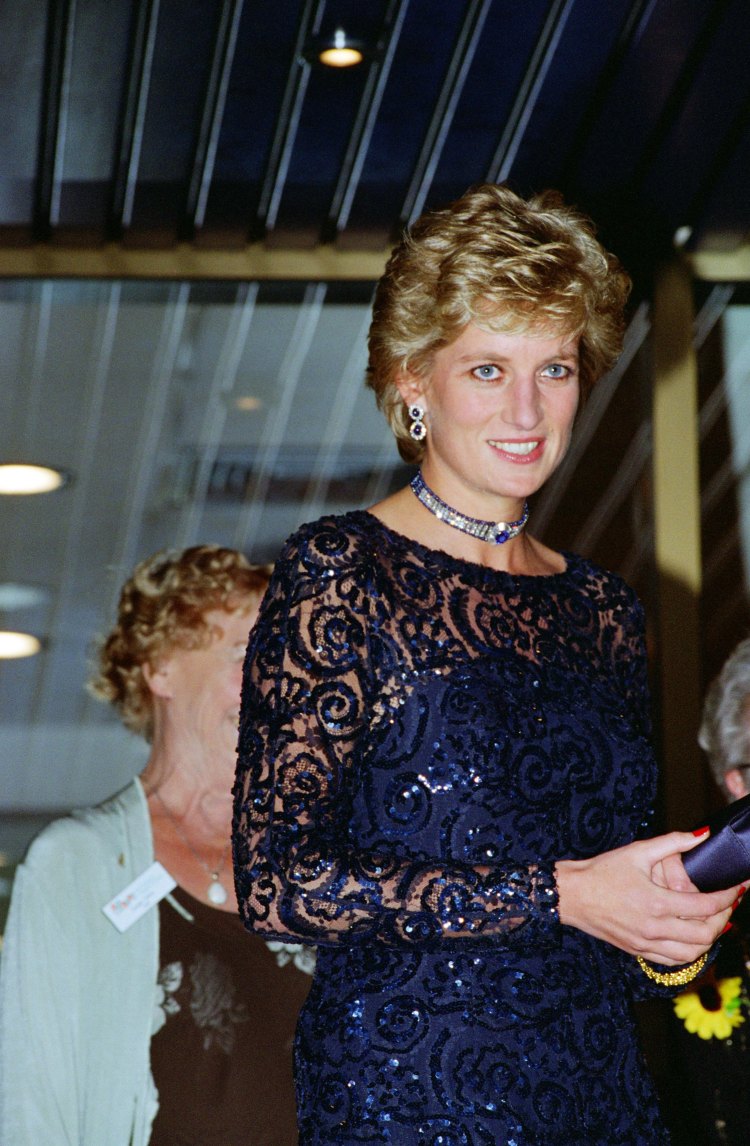 Way to give a wink to your stylish aunt, Kitty.