We can always count on Princess Diana's younger brother, Charles Spencer, to share rare family photos on Instagram or other tidbits of history. But today, he caught our attention with a brand-new essay he wrote for The Daily Mail, where he talked about the final years of his sister's life and got candid about the ways in which they were both manipulated by the media.

The 9th Earl Spencer shared a shot of the article to his Instagram Story, where he wrote, “My article in the Mail on Sunday today.” In the piece, the earl discusses how he was approached by a journalist named Martin Bashir from BBC Panorama in 1995, who wanted to conduct an interview with the Princess of Wales. However, Spencer reveals that he was “deceived” in order for these journalists to get access to his sister.

Spencer reflects on the state of his sister at the time, saying, “At this time, Diana was extremely vulnerable. She was finding that some of her secrets, shared only with close friends, were appearing in the Press. She was understandably rattled by this.” 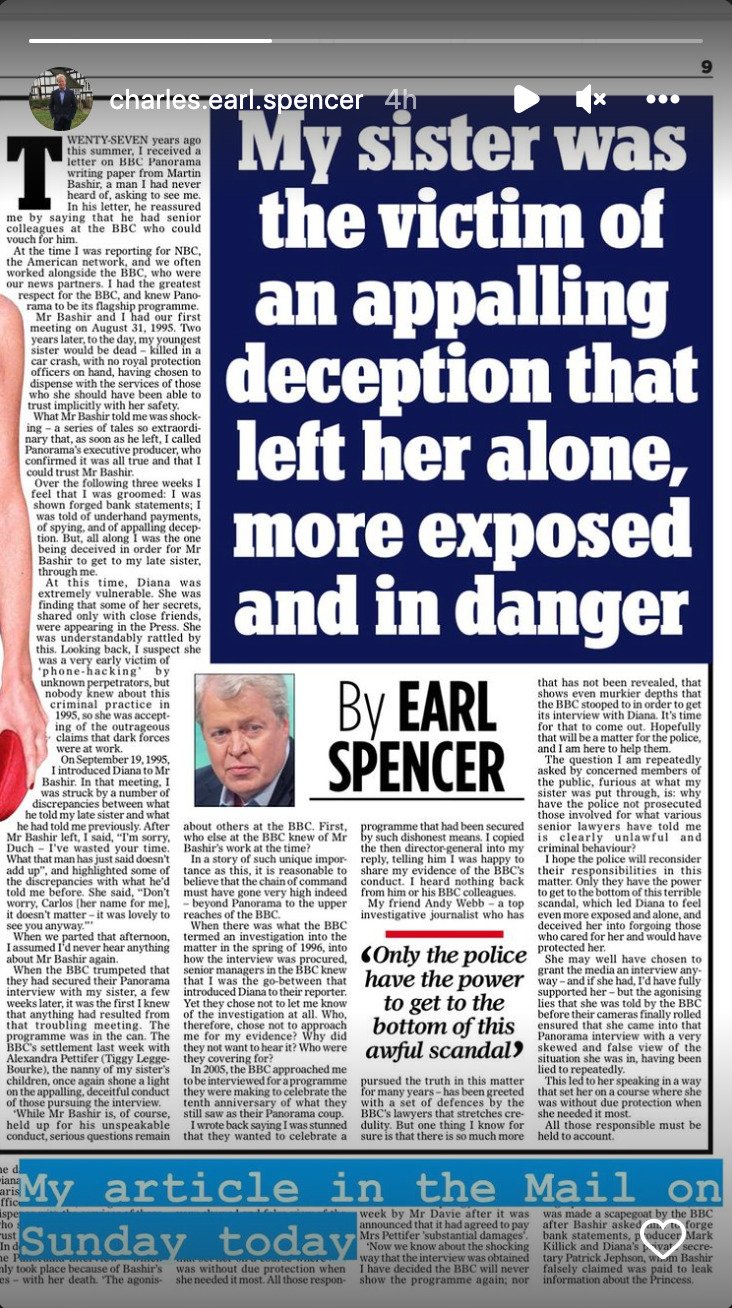 After introducing Diana to Mr. Bashir, Spencer says, “I was struck by a number of discrepancies between what he told my late sister and what he had told me previously.”

However, the earl says that his sister was understanding in this moment, and he added, “After Mr Bashir left, I said, ‘I'm sorry, Duch—I've wasted your time. What that man has just said doesn't add up,’ and highlighted some of the discrepancies with what he'd told me before. She said, ‘Don't worry, Carlos [her name for me], it doesn't matter—it was lovely to see you anyway.’”

We've previously learned that Princess Diana was called “Duch” by her family members from a young age, because she apparently acted like a duchess. Yet, we've never heard this special nickname that she used for her brother. 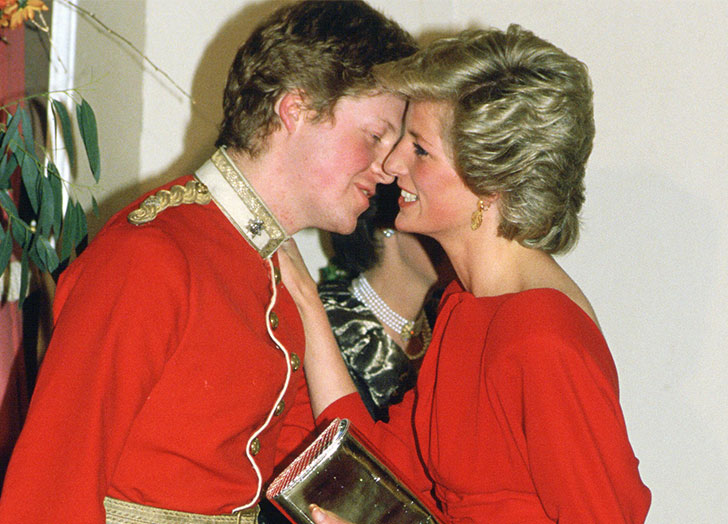 The rest of Spencer's essay can be read here, where he talks more about his experience with the press and calls for more people to be held accountable for the actions that took place in the final years of Lady Di's life.

Thank you for sharing these personal memories, Charles.

﻿Prince Harry Reveals ‘Where I Felt Closest to My Mother’ & Discusses ‘Soulmate’ Meghan in U.N. Speech