Charles Spencer is reminding us that strong genes run in the royal family.

To mark what would've been his late father's 98th birthday, the historian and best-selling author took to Instagram and shared a vintage snap from his family's past, featuring a close-up of John Spencer, the 8th Earl Spencer, in his military uniform. Although he shares quite a few features with his son, it's hard to miss the uncanny resemblance between him and his grandson, Prince Harry. Spencer captioned the post, "My father was born 98 years ago today—he’s shown here marching alongside the coffin of George VI at the king’s funeral."

One fan commented, "I see a little bit of Harry, a little bit of Winston, and a lot of you, @charles.earl.spencer." Another wrote, "Omg! Prince Harry looks so much like your father!" 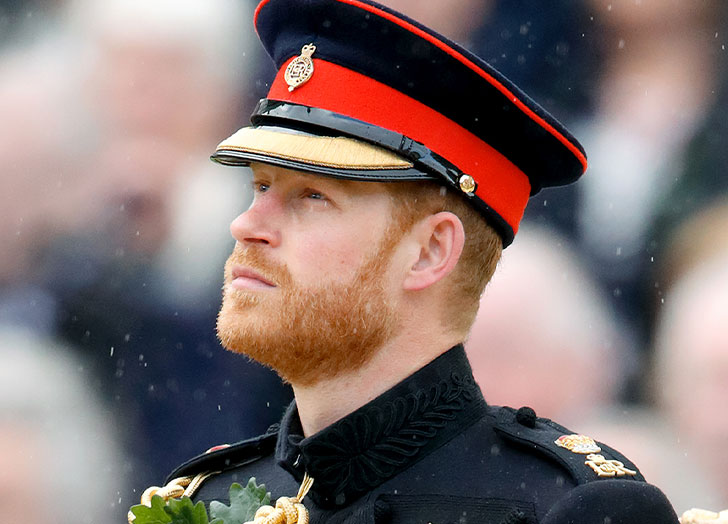 The throwback post comes only a week after Charles treated fans to a glimpse of his grandparents, Albert and Cynthia Spencer. In the black-and-white photo, we see where Princess Diana got her infamous head tilt, as her grandmother is seen striking the exact same pose alongside her husband. Spencer wrote in the caption, "My grandparents enjoying their tea ‘al fresco’ at Althorp, in 1944. Photograph taken by my father whilst on leave from military training."

Naturally, fans couldn't help but call out the Princess Di's go-to pose. One fan wrote, "Wow this is an amazing photo. Your grandmother reminds me so much of Diana."

Aside from sharing a number of snaps from his family's history, the 9th Earl Spencer has also been honoring his sister's legacy. Two months ago, he hosted a ceremony for recipients of The Diana Award’s Legacy Award—an accolade for those who've made an impact through their humanitarian work. Per People, he said, "I chaired the selection of the winners, so I’m aware how truly admirable their achievements are. This will be a celebration of these exceptional young people, but also, of course, of Diana herself."