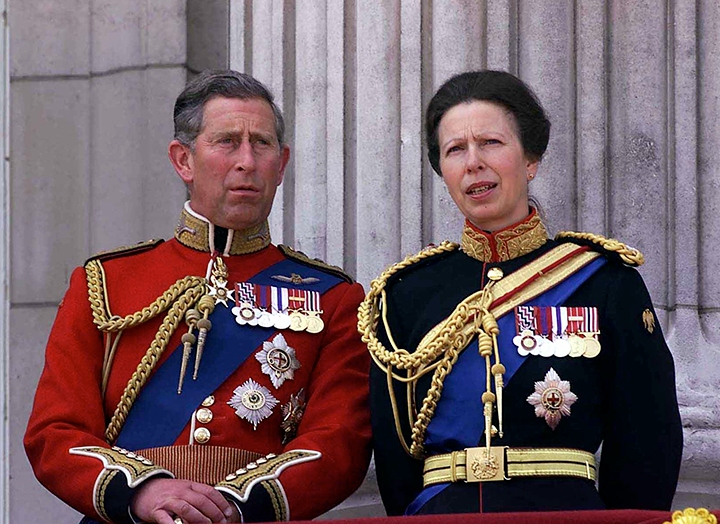 Let’s rewind to 1973, when Princess Anne tied the knot with her first husband, Mark Phillips, on November 14 at Westminster Abbey. Although the nuptials took place in November (just like her parents, Queen Elizabeth and Prince Philip), the date also held a special meaning for Prince Charles, as it was his 25th birthday.

We can only imagine the bittersweet feeling that accompanies serving as a groomsman on your own birthday. Still, the coincidence worked out in his favor because November 14 was later declared a Bank Holiday in the U.K. due to its royal significance, according to Hello! magazine.

Princess Anne and Phillips welcomed two children during their years-long marriage: Peter Phillips (43) and Zara Tindall (40). In 1989, they announced their separation.

Shortly after their divorce was finalized, the Princess Royal tied the knot with her now-husband, Commander Timothy Laurence. As a divorcee, her marriage wasn’t permitted in England. So, the couple eloped to Scotland, where they exchanged vows in an intimate ceremony. They’re now on good terms with Queen Elizabeth, who gifted them their current residence: Gatcombe Park.

Here’s hoping Prince Charles received some birthday wishes in the midst of the wedding chaos.