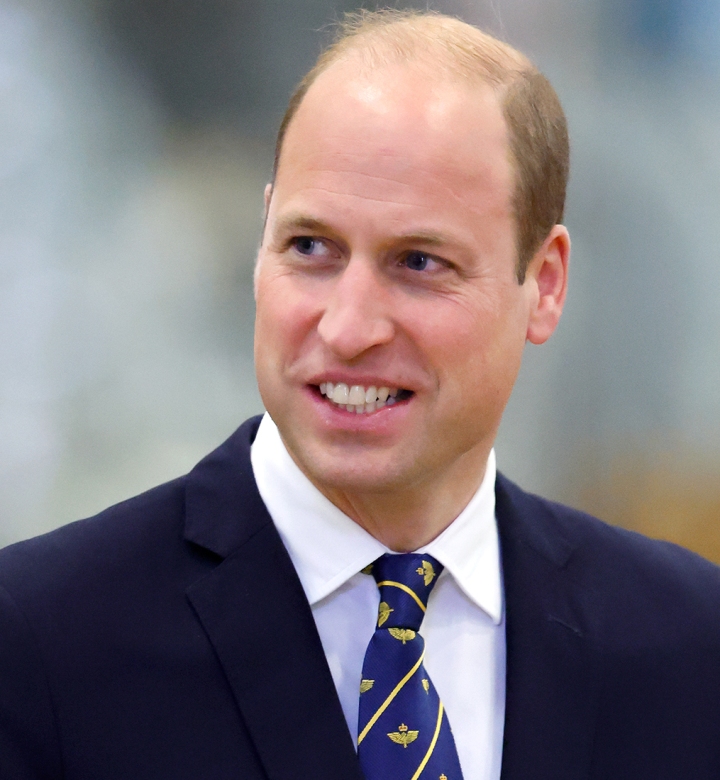 Earlier this month, the Prince of Wales stepped out for an official appearance at RAF Coningsby in Lincolnshire. During the event, Prince William met with military families. This included a 3-year-old boy named Blake, who approached the royal and asked for a hug. Not only did Prince William oblige, but he also performed Princess Catherine’s foolproof move by kneeling down to meet the child’s eye-level. 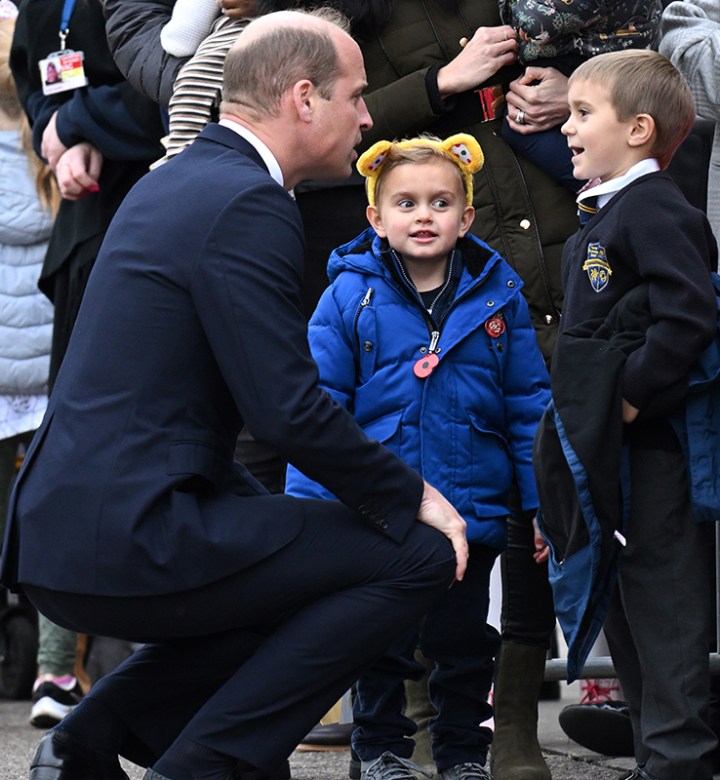 In the photo above, Prince William can be seen kneeling in front of Blake, who’s wearing a Pudsey Bear headband, and another young boy. By using this particular method of communication, he is allowing the child to express himself on equal terms.

After the outing, the boy’s mother, Laura, discussed the meet-cute and revealed that her son presented Prince William with a hand-drawn picture of Mickey Mouse. The royal promised to “put it on his fridge,” per Hello! magazine.

Before Prince William left, the young boy asked him for a hug, and the royal happily obliged. “He walked off and then Blake decided he wanted to ask William for a cuddle,” Laura explained. “So, he followed him and said: ‘Please, William, may I have a cuddle,’ and he did.” 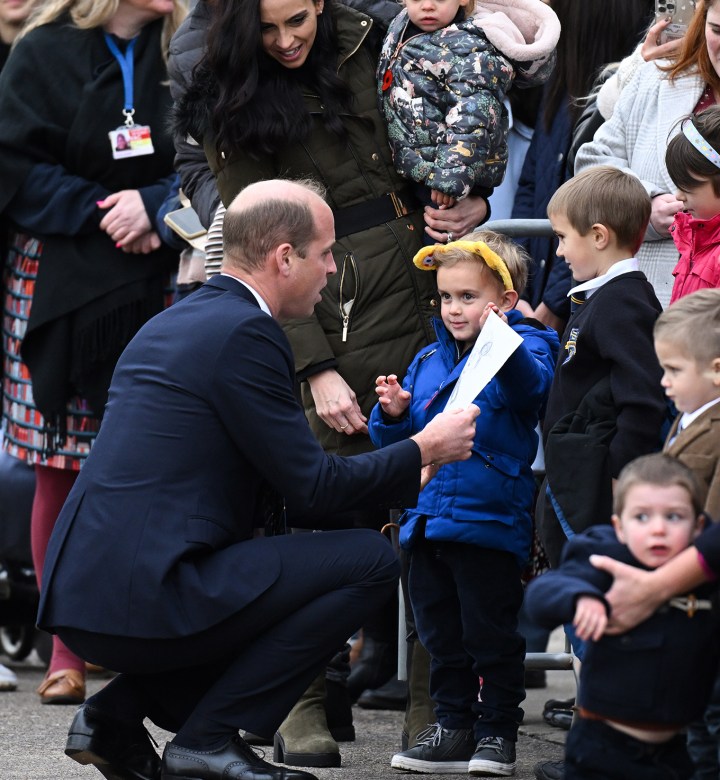 Prince William’s wife is no stranger to using this parenting move. However, many believe she adopted it from her late mother-in-law, Princess Diana. So, it’s only fitting that Prince William is using it, too.