Prince Harry and Meghan Markle recently debuted the website for their non-profit organization, Archewell. While the design might seem basic, there’s a totally logical reason for the pre-launch.

Here’s what you need to know: The Duke and Duchess of Sussex released a first look at the site’s homepage, which encourages visitors to enter their email address to receive future updates. There’s not much else on the website, excluding definitions for the term “Archewell.” 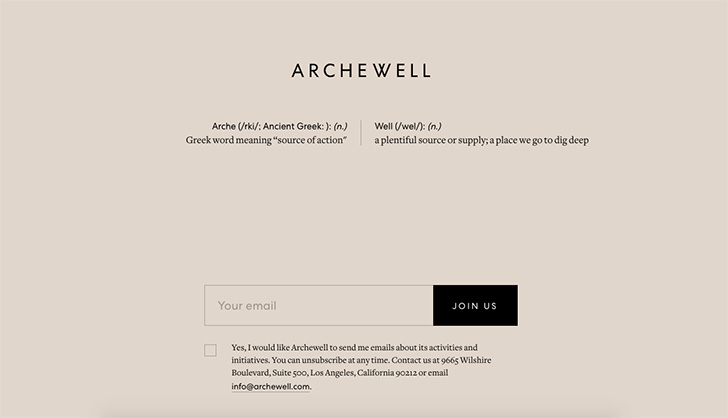 So, what’s the point? We’re not entirely sure, though we have a pretty good guess: hype.

Since Archewell is geared toward fundraising, we wouldn’t be surprised if Prince Harry and Markle are gathering information, so they can do a massive email blast when the entire organization is ready to launch.

By debuting the homepage early, the Duke and Duchess of Sussex are building hype around the charity. Even if people aren’t interested in supporting Archewell, the mystery element might make them return to the website in the near future (or at the very least share their email address).

It all has to do with the simple design. If Prince Harry and Markle were trying to promote their cause, they could have easily provided a one to two sentence explanation about the organization. However, the unknown might make people feel more obliged to sign up, which only increases the couple’s database.