Meghan Markle Stuns in Red During Her Return to the U.K.: ‘It’s Very Nice to Be Back’

Three months after visiting the U.K. for the queen's Platinum Jubilee celebration, Meghan Markle and Prince Harry have made their way back across the pond for a charity event.

On Monday, the Duke and Duchess of Sussex attended the One Young World Summit in Manchester. And Markle, who has been a One Young World Counsellor since 2014, stole the show in a bold red outfit, courtesy of AnotherTomorrow. The Bench author paired the red Bow Blouse with a matching Classic Trouser, completing the look with a pair of gold earrings. Meanwhile, Prince Harry stepped out in a black suit. 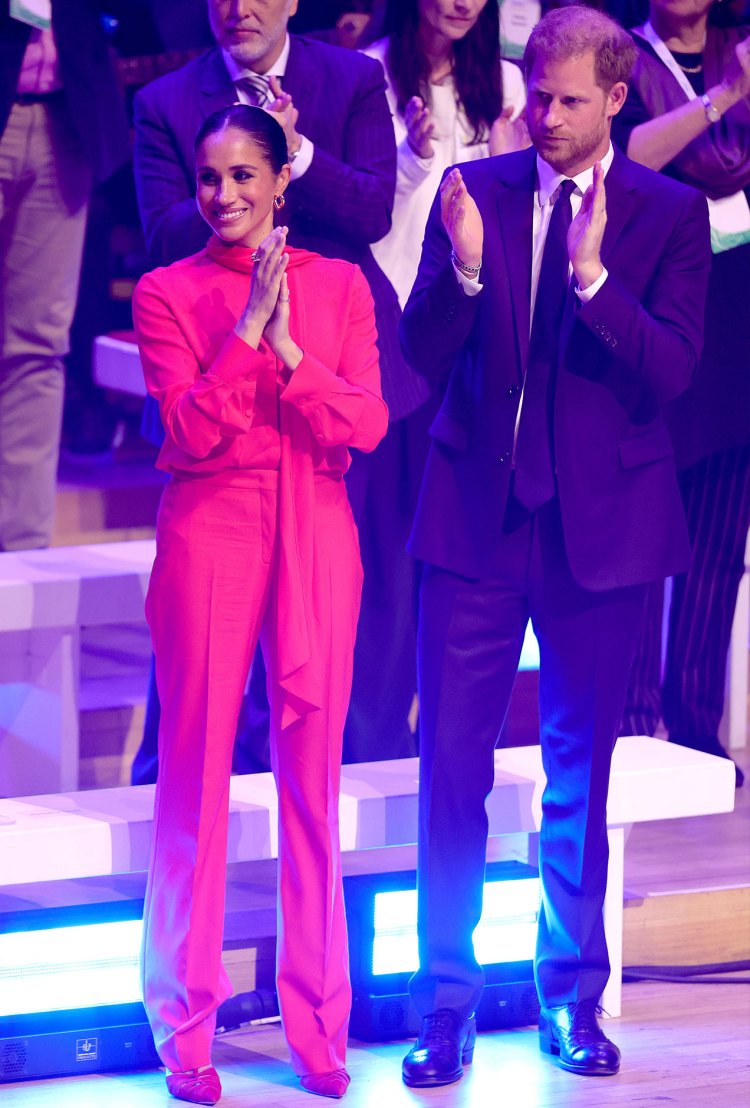 After the royal pair kicked things off with an intimate roundtable discussion about gender equality, Markle took the stage for her keynote address, where she commended young leaders for their impact as a part of One Young World. She said, “It is very nice to be back in the U.K. You are the future. But I would like to add to that that you are also the present. You are the ones driving the positive and necessary change needed across the globe now in this very moment. And for that, I’m so grateful to be in your company today.”

Markle also recalled the first time she served as a counsellor for the charity. "I was probably a lot like each of you," she continued. "Young, ambitious, advocating for the things I deeply and profoundly believed in and also looking around and wondering, ‘how on earth did I get here?’"

‘It’s very nice to be back in the U.K.,’ says Meghan as she begins her address to the @OneYoungWorld the summit pic.twitter.com/q6fqp06U2M

Referring to the first gathering she had with a group of fellow counselors, she added, “I was the girl from Suits and I was surrounded by world leaders, humanitarians, prime ministers, an activist that I had such a deep and longstanding respect and admiration for. And I was invited to pull up a seat at the table.”

"I was so nervous. I doubted myself and I wondered if I was good enough to even be there. But One Young World saw in me what I wanted to see fully in myself —they saw in me just as I see in you, the present and the future.” 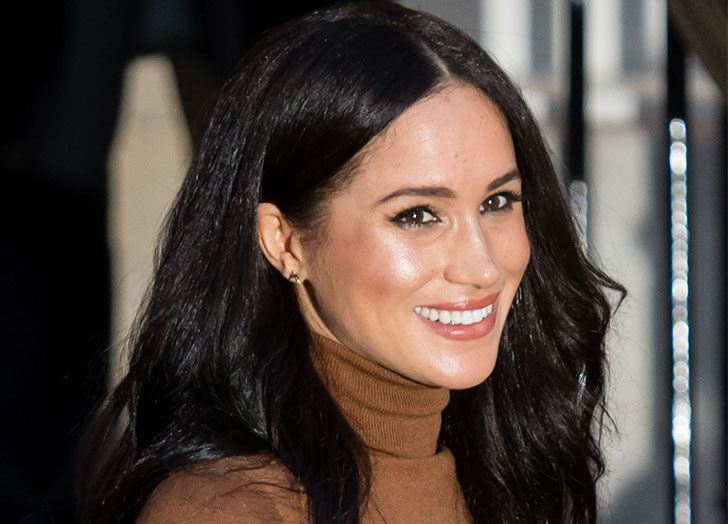 Fast-forward eight years and Markle has grown to become the ultimate change-maker, supporting important causes and charities from Scotty's Little Soldiers and the Children's HIV Association to the Myna Mahila Foundation. But as she noted in her address, her activism began long before she met Prince Harry

She said, "One Young World has been an integral part of my life for so many years before I met him, so to meet again here on UK soil with him by my side, makes it all feel full circle."

After this visit, the royal pair will head to Germany for the Invictus Games' One Year to Go event, then return to the U.K. for the WellChild Awards. Looks like the duke and duchess are having quite an eventful week.

Will Prince Harry and Meghan Markle Share Their Love Story in a Documentary? Markle Hints Yes