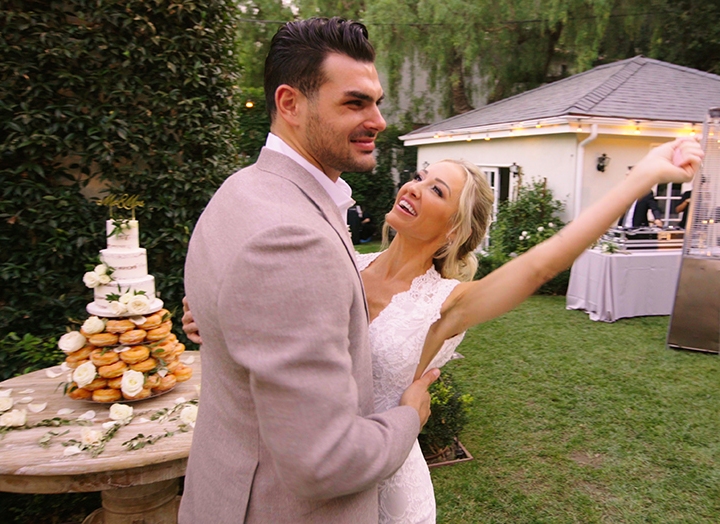 Chrissy Teigen recently called out the legitimacy of Selling Sunset, questioning whether or not the cast members are actual real estate agents. Although the ladies promptly debunked the rumors, this brand-new revelation is making us think twice about everything.

According to TMZ, Mary Fitzgerald and Romain Bonnet were already married before they started filming Selling Sunset season one. This means that their engagement turned wedding planning story line was completely staged for the sake of TV. *Eye roll*

Based on the certificate of marriage, Fitzgerald and Bonnet tied the knot at the Ventura Courthouse on March 9, 2018. The pair reportedly kept the nuptials a secret from their friends and family, which is why Netflix ran with the opportunity to host a larger ceremony.

“Mary and Romain had a civil union a couple of months before the show began filming in June of 2018, but they chose not to tell any of their friends or family, as they were still trying to see if their relationship would work out in the long term,” a source told Us Weekly. “In their minds, they weren’t properly married until the wedding that was filmed during the show.”

If you’re confused, you’re not alone. Season one of Selling Sunset introduced Bonnet as Fitzgerald’s boyfriend (but in reality, they were already married). The show proceeded to document the “engagement” and wedding plans, which included a last-minute venue change. The ceremony took place at one of Fitzgerald’s listings, which seems awfully convenient based on this new information.

And here we thought Netflix was one of our most trustworthy binge-watching pals. Psshhh.

What Is Chrishell Stause’s Net Worth? Everything We Know About the ‘Selling Sunset’ Star’s Fortune