First, Katie Holmes donned high-heel flip-flops. Then she confirmed it’s cool to wear socks with sandals. And now, the 40-year-old actress is proving that you don’t have to be a millennial to rock a festival look.

Over the weekend, Holmes attended the Global Citizen Festival in Central Park in New York City. The Dawson’s Creek alum totally nailed the theme with an on-point ensemble that doesn’t require the use of a flower crown. Phew! 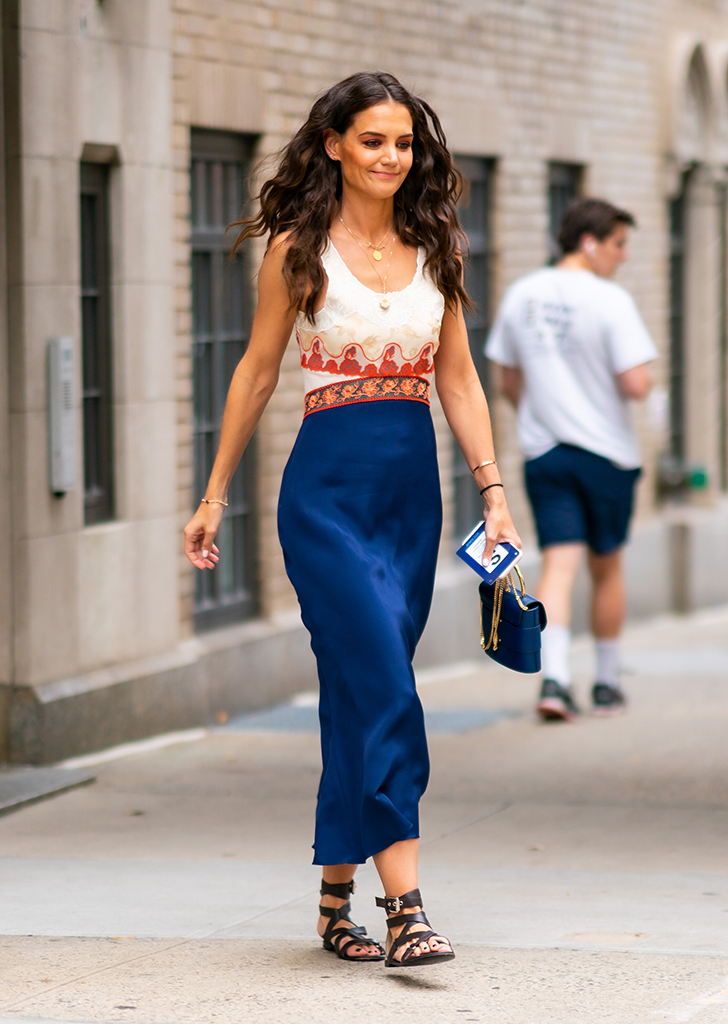 During the event, Holmes wore a stunning bohemian-style dress by Chloé, which features a white bodice, a navy-blue skirt and coral details. She completed the look with black strappy sandals and gold jewelry.

Holmes documented the ensemble on her personal Instagram account and shared a candid pic of herself flipping her hair.

In the caption, the actress credited her stylist, Julia von Boehm, along with Chloé for designing the dress.

During the Global Citizen Festival, Holmes gave a speech alongside Jennifer Davis, the president of feminine care for Procter & Gamble. The musical festival is designed to raise money to support the movement’s goal of ending extreme poverty by 2030.

Katie Holmes’s Favorite Designer Is Ulla Johnson...and We Can See Why