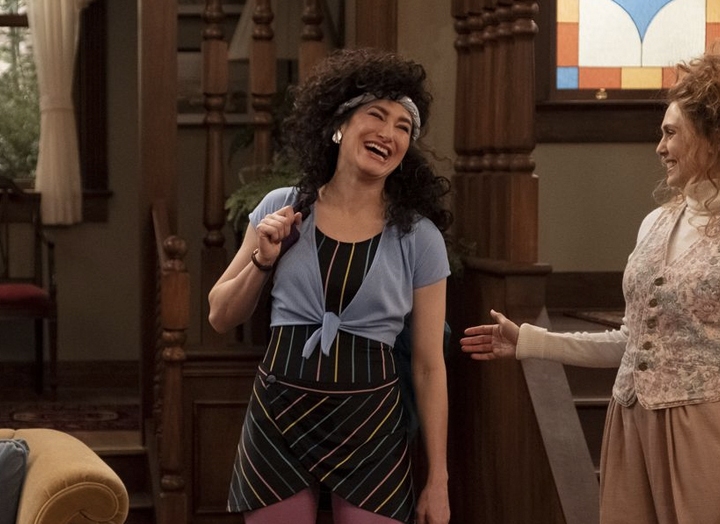 Kathryn Hahn wasn’t kidding when she told PureWow that she was “open to anything” when it came to returning to the world of Disney+’s WandaVision. Turns out, there’s a spinoff series in the works with Hahn attached to star and reprise her role as Agatha Harkness.

According to Variety, the new series, which has yet to be named, is described as a dark comedy with WandaVision’s head writer Jac Schaeffer set to write and produce. Unfortunately, Disney and Marvel Studios have yet to confirm the exciting news and no further details are available.﻿

The report comes seven months after we sat down with Hahn to talk about the possibility of a second season. However, she wasn’t sure what the studio had planned. “I would be so open to anything,” she told PureWow. “I mean, of course, they run a tight ship over there, so I have heard nothing.” She also admitted that she felt very “at home” on the set of the popular series.

“I mean, it was surprisingly easy to transition [into the superhero universe],” she explained. “I love this part, and I love these people. I was really, really turned on by the ambition of the arc of the story. So, I just dove into that, and it was so fun.”

If you’re unfamiliar with the Disney+ show, it follows two Marvel superheroes—sorceress Wanda Maximoff (played by Elizabeth Olsen) and Vision (aka Paul Bettany), a very human-like android—and their newlywed life in the small town of Westview, New Jersey. Hahn plays Agnes, Wanda and Vision’s nosy neighbor, who is later revealed to be Agatha, a powerful witch.

We’re already breaking out the popcorn.