Could there be wedding bells in the future for Jennifer Lopez and Ben Affleck? It certainly looks so, because the pop star looked ready to walk down the aisle at this year's American Music Awards.

While performing her song, "On My Way," a track from her upcoming film, Marry Me, Lopez donned a beige corseted dress and tulle skirt, topping off the look with a bedazzled veil and matching lace-up heels. 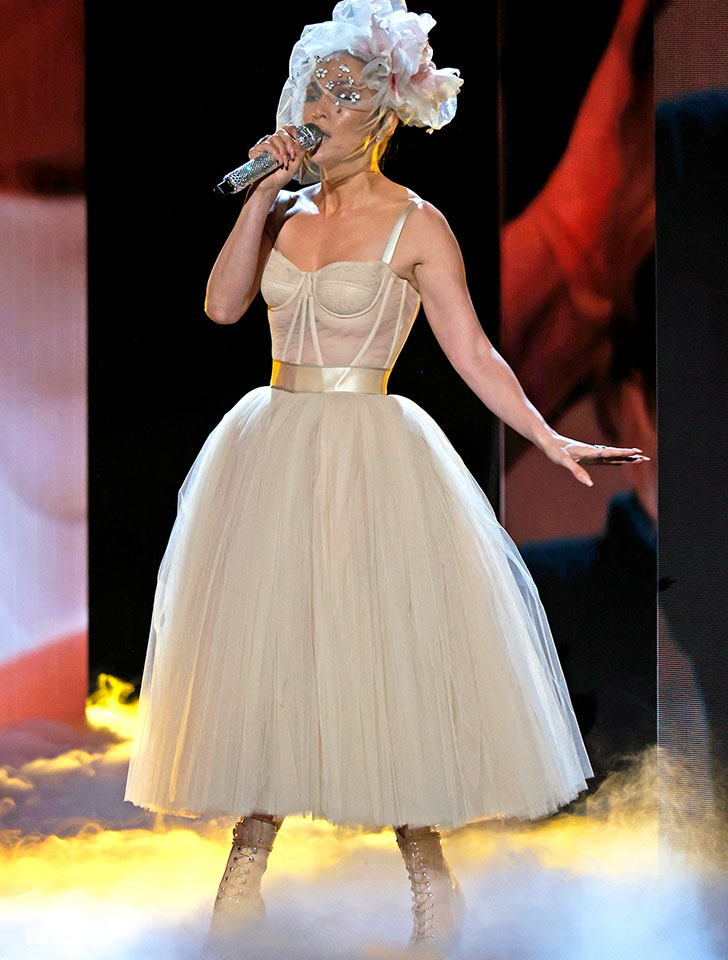 The singer also shared a behind-the-scenes snap on Instagram, revealing a close-up shot of her intricate viel. She captioned the post, “Backstage at the @AMAs #OnMyWay @MarryMeMovie.” Fans filled the comments with praise for her performance, including one fan who wrote, “You killed it queen!”

In Marry Me, which is set to hit theaters in February, J.Lo will play a famous pop star named Kat Valdez, who makes plans to marry her fiancé (Maluma) in front of a live audience. But when he gets caught cheating on their wedding day, Kat receives yet another proposal from a single dad who attends the event. The result? A charming romance that's sure to give you The Wedding Planner vibes.

The bridal-themed performance comes only a week after she appeared on Today to talk about marriage. When asked if she would say "I do" again, she responded, "Yeah, I guess. You know me, I’m a romantic, I always have been. I've been married a few times. I still believe in happily ever after for sure, 100 percent…. If you can’t laugh at yourself and just take it as it comes, I just don’t think about those things. I feel like I’m a human being like everybody else. I’ve had my ups and downs, I’ve made mistakes, and I’m really proud of where I’ve come to in my life and who I am as a person, as a mom, and as an actor, and as an artist. So yeah it’s okay, everybody’s got that.”

The singer and actress rekindled her romance with Affleck more than a decade after their split, then made it Instagram official with a steamy PDA pic on her 52nd birthday. In the caption, she simply wrote, "52... What it do."

Looks like J.Lo's on-screen character isn't the only one who'll be sporting a wedding ring in the future...