Enola Holmes premiered on Netflix just days ago, and it’s already become one of the streaming service’s most watched movies (AKA it’s #1 on the top ten list). The film stars Stranger Things actress Millie Bobby Brown as a young detective named Enola Holmes. (If you think it sounds like a teenage version of Sherlock Holmes, that’s because it is.)

So, what is Enola Holmes about? And will it return for a sequel? Keep reading for all the deets. 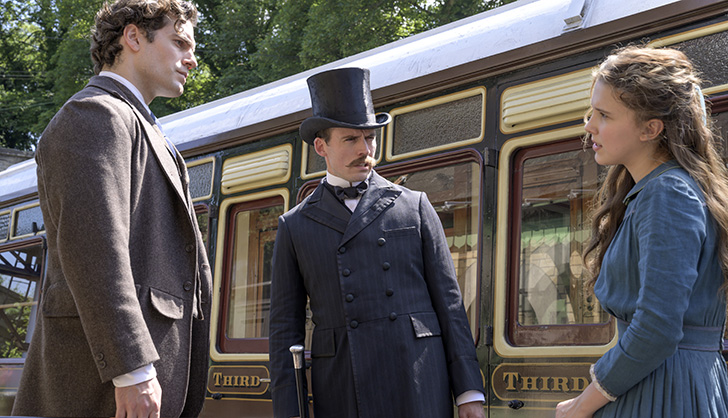 1. What is Enola Holmes about?

The movie, which is based on Nancy Springer’s Enola Holmes Mysteries book series, takes place in England in the 1800s. It tells the story of Enola (duh), who just so happens to be the younger sister of Sherlock Holmes. When her mother vanishes on her 16th birthday, Enola is thrown into the mystery as she attempts to piece together clues that were left behind.

2. When did it premiere?

Enola Holmes premiered on Netflix on September 23. Within 24 hours, the movie had already dethroned The Take as the streaming service’s top ranked movie. (NBD.) 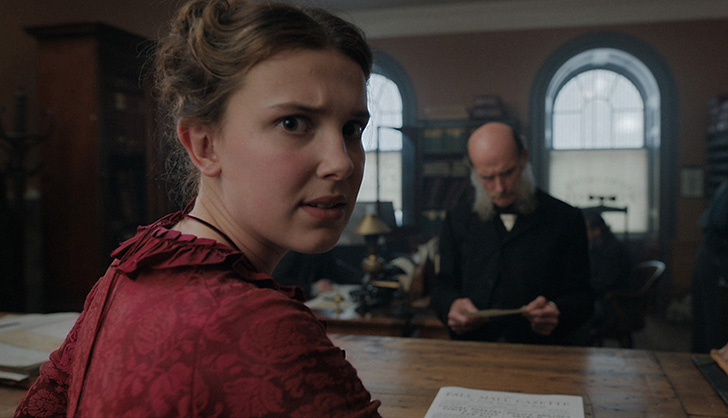 Of course. The pics show a first glimpse at Brown, who plays the titular character. While Enola is a complete 180 from Eleven on Stranger Things, we can’t deny the period look suits Brown. The actress is pictured alongside Cavill (Sherlock) and Claflin (Enola’s other brother, Mycroft). 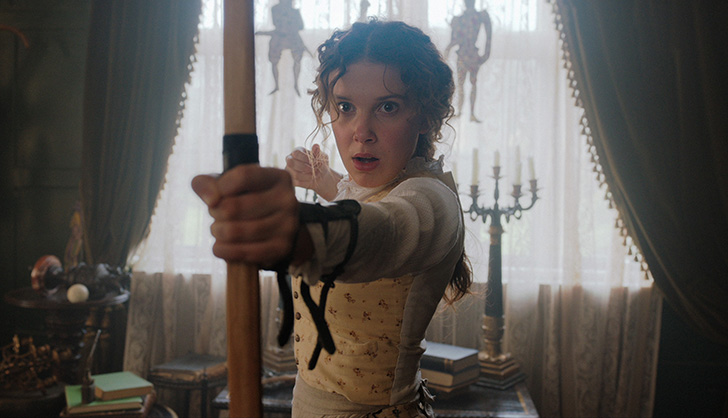 5. Who’s working behind the scenes?

6. Will Enola Holmes get a sequel?

Unfortunately, Netflix hasn’t released any details about a follow-up film. However, that didn’t stop Brown from teasing a potential sequel during an interview with Entertainment Weekly.

“With the Enola book series, I really am optimistic about the future,” she said. “I’m so looking forward to [hopefully] getting back to work.”